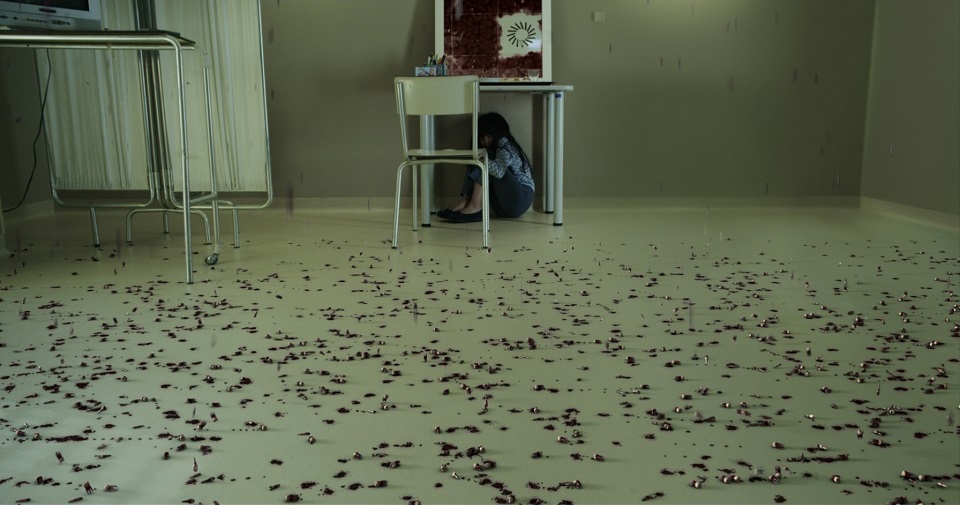 Sophia (Harriet MacMasters-Green) has moved to the south of Italy for work with her free-spirited daughter Helena (Sabrina Jolie Perez). When one of the child’s teeth comes lose, stories about the Tooth Fairy and her wondrous magical charms are understandably spun. But when Helena starts collecting her fellow classmates’ teeth, Sophia immediately becomes frightened something is horrifically wrong. Those fears are heightened when a malevolent presence starts stalking the pair’s every move, unleashing tragic punishment on those it feels have wronged it. With the fate of her child at stake, Sophia begins to research what this demonic force is as well as what it is they want, hoping that if she can satiate its craving maybe she’ll be able to keep Helena safe. 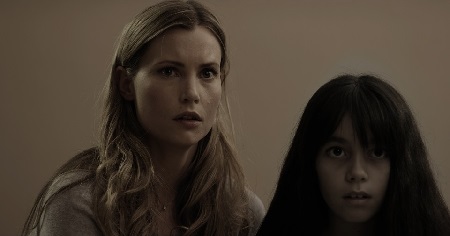 The Haunting of Helena, released with the title “Fairytale” internationally, looks terrific, cinematographer Antonello Emidi giving things an eerily austere sheen that’s suitably unsettling. But even at a scant 82 minutes, the movie plods along with rudimentary familiarity, its central conceit never as scary as it thinks it is and rarely, if ever, as surprising as I’m sure directors Christian Bisceglia (who also wrote the script) and Ascanio Malgarini intended it to be. Save for a couple of vividly inventive moments, tension is relatively nonexistent throughout, and even the supposedly devastating twist at the end doesn’t pack near enough of a wallop to make sitting through the picture worthwhile.

Which is too bad, because Bisceglia and Malgarini do have talent, at least as far as the setting of a mood is concerned, all of which makes the movie at least somewhat interesting. As stated, it’s visually stunning, while the sound design goes a long way to striking the right chord, helping to heighten tension and mystery throughout. But while I was never bored, which is saying something all things considered, I was also rarely engaged emotionally, the scenario devoid of any original spark that could have made what was happening to Sophia and Helena matter on a more personal level.

I think a case could be made that the movie lays its cards on the table much too early, making concrete that what’s happening to mother and child is indeed supernatural and all the naysayers calling the former crazy and the latter a victim of parental neglect are foolish nonbelievers sure to meet with bloody comeuppance by the time things are finished. There should have been more mystery, a thicker air of uncertainty, and I do believe the filmmakers could have blurred the line between fantasy and reality with a bit more tenaciousness than they actually do. 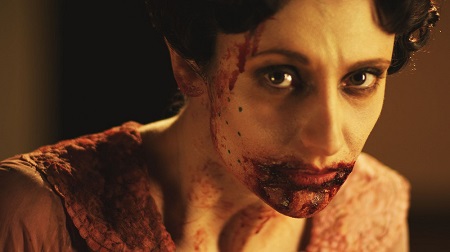 Still, both MacMasters-Green and Perez do a solid job, reacting to events with believably terrified urgency. The directors stage a couple of wonderful little moments showcasing what might have been, one event involving Sophia’s roustabout ex-husband and Helena’s father Robert (Jarreth J. Merz) getting under my skin with insidious ease. There’s also a semi-awesome sequence involving a maelstrom of bloody teeth dropping like calcified raindrops from a hospital ceiling, while the aforementioned climactic twist is creepily solid, even if die-hard genre fans will probably see it coming long before Sophia does.

But as far as positives are concerned, I’m having trouble coming up with anything more to add. Even for someone who loves to cut films like The Haunting of Helena some slack, the truth is that the story being told isn’t frightening, the over-familiarity an obstacle too big for the filmmakers to overcome. As ghost stories go, this one disappears from memory the moment it comes to an end, the only lingering aftereffect the thought as to what might have been. 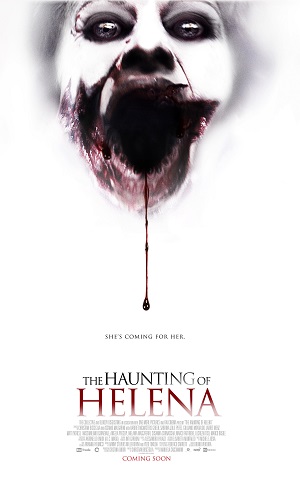