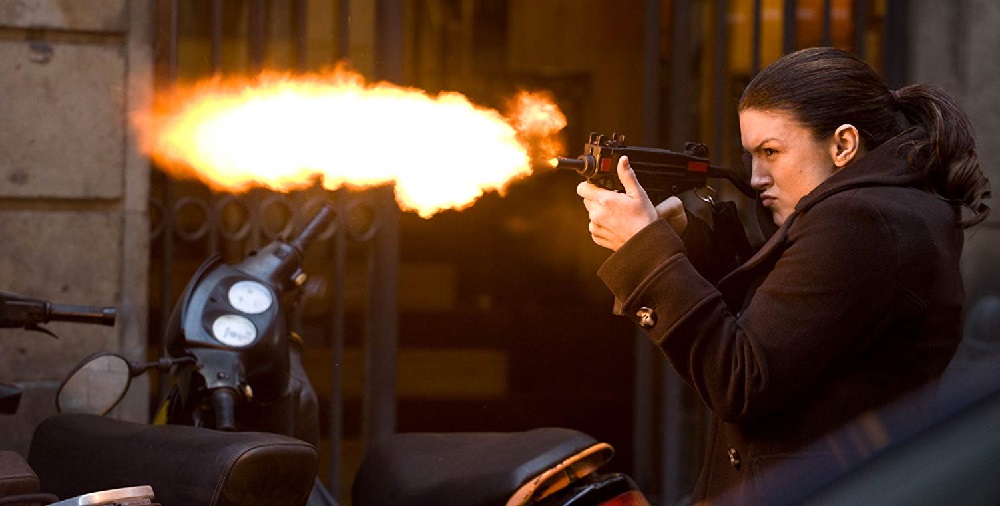 Steven Soderbergh isn’t interested in making conventional movies. Even his blockbuster George Clooney all-star throwaways Ocean’s Eleven and its two sequels are hardly routine, and for all their glossy theatrics they’re still made with a retro sensibility eschewing the juvenile whiz-bang silliness affecting the majority of films from his peers. The director’s works move at their own measured pace, showcase their own visual style and, whether he’s doing something epical like Traffic or Contagion or intimately personal like Schizopolis or Bubble, Soderbergh’s imprint upon every one of his features is as obvious as it more often than not welcome. 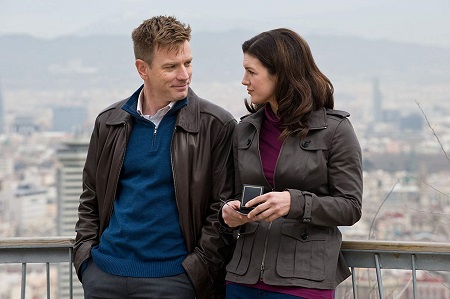 Now comes Haywire, a spy-on-the-run action flick featuring MMA superstar Gina Carano as a multitalented freelance operative named Mallory Kane who finds herself forced to clear her name after her latest assignment goes horribly wrong. Set up by her boss Kenneth (Ewan McGregor) to take the fall for a political murder, the former Marine uses all of her skills to extricate herself from this trap, heading home to see her military novelist father (Bill Paxton) knowing that those responsible for her framing will try to use him as leverage against her.

Soderbergh and writer Lem Dobbs worked together on The Limey, the sensational revenge-thriller that should have earned star Terence Stamp an Academy Award nomination. While I can’t say anyone involved in this film deserves the same sort of recognition, and while it goes without saying that Carano doesn’t belong in the same stratosphere an actor of Stamp’s caliber comfortably resides within, that doesn’t make Haywire any less sensational. Dobbs and Soderbergh have a good feel for this genre, and seeing how things play out and watching Mallory exact her brutal, full-impact revenge is a total joy.

There is no fat here, no extra material needing to be excised. The movie begins with a furious frenzy finding Mallory extricating herself from an altercation in a tiny roadside café and then moves backwards from there. The highly trained spy tells her story to a supposed nobody named Scott (Michael Angarano), chronicling a globe-trotting tale involving a Chinese journalist (Anthony Brandon Wong), a pair of government bureaucrats (Michael Douglas, Antonio Banderas), a fellow operative (Channing Tatum) and a shadowy British agent (Michael Fassbender).

Soderbergh and Dobbs allow information to flow with manic speed, all of it delivered with a blistering coherence that eschews the complex labyrinthine nature at the heart of the mystery itself. Everything flows together with ease, events building to a brutally pleasing climax that fits the tone of the tale nicely. The pair have delivered a picture that is in the same style of The Limey but also one that harkens back to the same sort of signature revenge-fueled pyrotechnics of Point Blank, Bullitt or the original Get Carter, and it’s safe to say I couldn’t have loved it more. 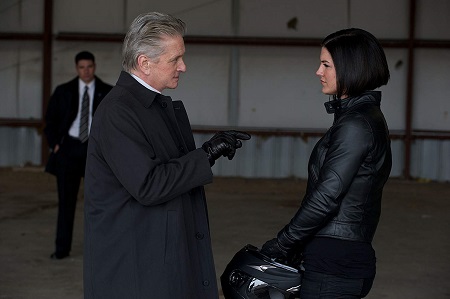 Carano is something of an emotional liability, and while her physical perfection, whether it be in one-on-one combat or in her series of hair-raising escapes, is undeniable her ability to find inner-depth within her character is a bit beyond the actress’ abilities. She looks great, and I believed her in the role, but there was a detachment that did keep me at arm’s length from Mallory. She’s a ferocious enigma, nothing more, a trait that becomes more strikingly evident every time she’s forced to share the screen with the likes of actors as talented as Douglas, Fassbender, McGregor or Banderas.

Yet the film still works, oftentimes magnificently. The action sequences are filmed with a visceral fluidity making them immediate and hard-hitting. Better, at only 93-minutes the movie moves as if it were shot out of a canon, everything driving towards a giddily violent conclusion that had me smiling broadly.

I’m not sure Soderbergh’s late 1960’s, early 1970’s visual and audio stylistics will suit modern tastes, that his forgoing of the quick-cut editing pyrotechnics of a Michael Bay opus or the shaky-cam aesthetics of a Peter Greengrass thriller will please the younger demographic. But here’s hoping they do because Haywire is a total kick in the pants, this thriller an enjoyable freestyle winner that swings aggressively back and forth with raucous enthusiasm. Mark my words, I’ll be rhapsodically waxing poetic about this one for all of 2012. 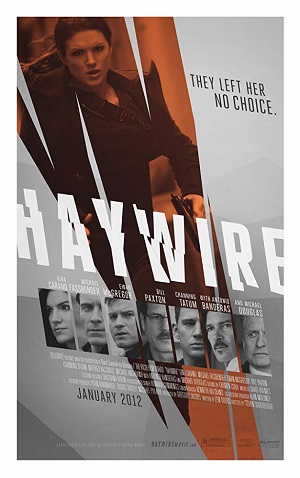