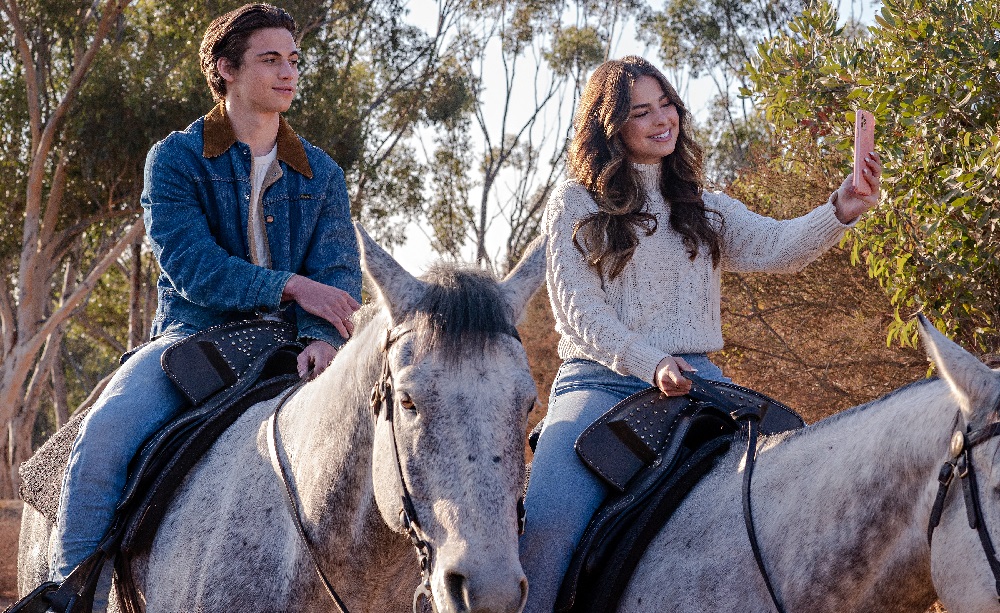 As if channeling her own Judith Viorst short story, influencer Padgett Sawyer (Addison Rae) is having a terrible, horrible, no good, very bad day. The high school senior, known for her upbeat positivity and astonishing skills as a makeover artist, has walked in on her musician boyfriend – and fellow influencer – Jordan Van Draanen (Peyton Meyer) in flagrante with a model. Padgett melts down live for all the internet to see, angry snot bubble and all.

Needless to say, the teenager is shattered by this turn of events. Determined to show the world this moment of heartbreak doesn’t define her, and to assure trash-talking BFF Alden (Madison Pettis) she still has what it takes to be a superstar, Padgett bets that she can transform anyone at their school, even the biggest loser, into the Prom King. This means flannel-wearing loner Cameron Kweller (Tanner Buchanan) is the perfect candidate for a makeover, the giddy influencer eager to convert him from a nobody to a somebody whether he wants her to or not.

The presence of Rachael Leigh Cook (as Pagett’s caring mom Anna) and Matthew Lillard (as the high school’s exasperated principal) notwithstanding, He’s All That is not a sequel to 1999’s She’s All That. Returning screenwriter R. Lee Fleming Jr. has fashioned a gender-flipped remake brought up to the 2020s, even if many of the overall core plot beats and character permutations are practically identical between the two motion pictures.

That’s pretty much it. We’ve got an evil best friend, Alden, and an angelic best friend, Quinn, charmingly portrayed by newcomer Myra Molloy and who’s sadly given far too little to do, on Padgett’s side of the ledger, while on Cameron’s there’s a perky little sister, Brin (Isabella Crovetti), and a not-so-vaguely queer-coded bestie, Nisha, played to perfection by a scene-stealing Annie Jacob. There’s a makeover scene, an impromptu karaoke duet, a birthday costume party (F. Scott Fitzgerald themed, no less), a gymnasium dance-off and even a strange horse-riding lesson that devolves into a pair of teenagers throwing equine poo at one another.

But none of it feels especially inspired. Even the observations about living life in the public spotlight and eschewing actual human interaction for the thrill of a high follower count are much too obvious and more than a little tired. There aren’t any surprises, and even the big moments of revelation fall slightly flat and don’t come close to being as empowering or as edifying as I am almost certain was the intent.

Yet, I have a hard time holding too big a grudge against this remake. Mark Waters, what with the likes of Mean Girls, Freaky Friday and Head Over Heels under his belt, knows what he’s doing, the director showcasing a breezily light touch that’s moderately impressive. Scenes don’t linger on for too long and the focus remains squarely on Padgett and Cameron’s deepening affections for one another. Waters also stages a rather lovely scene between Quinn and Nisha that’s noteworthy for its subtle authenticity, and I admit I’d almost rather have watched a movie about Molloy and Jacob’s characters instead of this one if given the choice.

But Rae and Buchanan have chemistry, and even if his character’s conversion into a hottie is as identically silly as Cook’s was in the original (Cameron’s studly reveal almost feels like a gag lifted out of 2001’s Not Another Teen Movie, only played straight and not for laughs), I did find myself wanting to see the couple end up together. For teen and tween viewers, He’s All That will likely satisfy, and in this instance, I’m tempted to say that’s more than enough and leave it there. 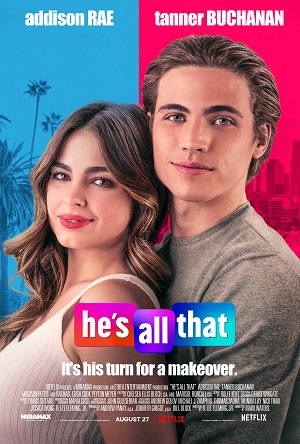