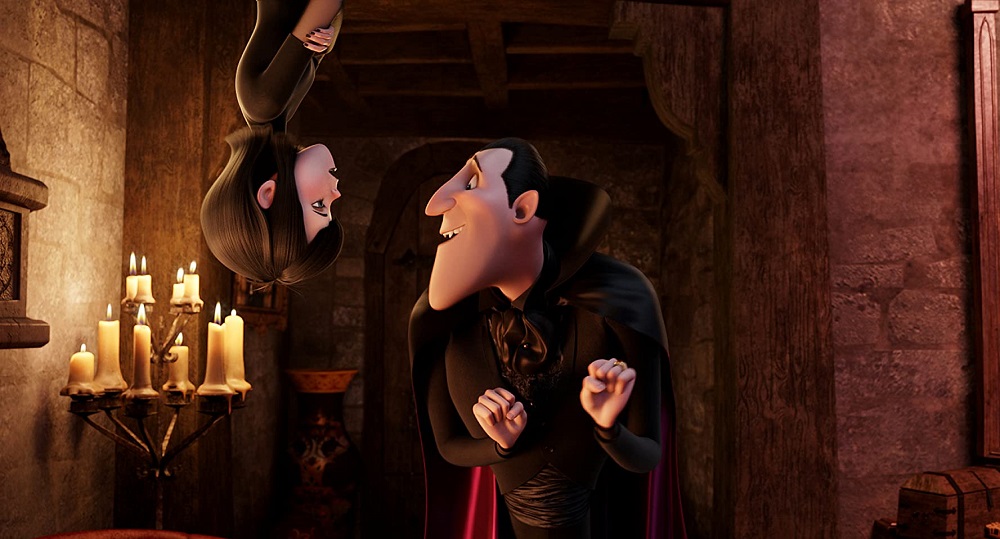 To protect his daughter Mavis (voiced by Selena Gomez) and to create a sanctuary for the supernatural, the legendary vampire Dracula (Adam Sandler) opened Hotel Transylvania. For over a hundred years this resort has proven to be an undead hotspot safe from the dangers of the human world. But now, with Dracula’s little girl turning 118, intrepid adventure-seeking human Jonathan (Andy Samberg) has stumbled upon the hotel, its owner utterly clueless how he’s going to keep the young man alive as well as stop him from blabbing about what he’s discovered.

The new animated family comedy Hotel Transylvania isn’t without its charms. The early scenes charting Dracula’s careful (and caring) upbringing of Mavis is surprisingly sweet, effectively setting the stage for all the raucous events to come. The animation, recalling both the stop-motion theatrics of Rankin-Bass and the hand-drawn Saturday morning aesthetics of Hanna-Barbara, is excellent, and there were plenty of instances where my eyes were suitably dazzled.

That’s the good news. The bad? The script is a lost cause, filled with sophomoric toilet humor below even the lowest Disney Channel or Cartoon Network standards. The central dynamics never rise too far above the humdrum and aren’t anywhere near as exciting or as endearing as they should be for the movie to be a success. I’m not sure what the writers were going for (there are five credited, two for the script, three for the story), but they fail to achieve anything noteworthy, and by the time the story reached its musical monster mash of a climax there was little that happened beforehand that I found worthy of remembering.

The central conceit is that Dracula decides to disguise Jonathan as a junior Frankenstein (much to the chagrin of the actual Frankenstein, energetically voiced by Kevin James) to keep his guests from knowing the guy’s true identity. Next, the young man falls for Mavis (and she with him) during the charade. That’s pretty much it.

Problem is, their romance is flat and unappealing, the mistaken identity humor is rarely funny and the friendship that develops between vampire and human never germinates as believably as I kept feeling like it needed to. Everything is strictly paint-by-numbers, and while the animation is suitably glorious and the vocal work strong, the fact no one is saying or doing anything interesting or worthwhile is a glaring problem that simply cannot be compensated for.

There are some songs, but they’re a bit half-baked and never as funny as I’m sure Sandler and company intended them to be. There are a few solid gags involving a continually hungry gremlin, but her bright bits of comic relief are few and far between. I also enjoyed a sort of out of nowhere bit involving Dracula, Jonathan and a room full of flying tables, but the sequence, while entertaining, is so disconnected from the rest of the story it ends up not adding as much to the proceedings as it maybe could have with stronger direction and a better script.

The movie is admittedly overflowing in solid vocal performances from Sandler regulars like David Spade, Steve Buscemi, Molly Shannon, Jon Lovitz and Rob Riggle, while CeeLo Green and Fran Drescher also lend their talents to the party. It isn’t enough. While I’m sure younger kids might get a kick out of Hotel Transylvania, I can’t suggest families check-in at a theatre for a 90-minute stay. 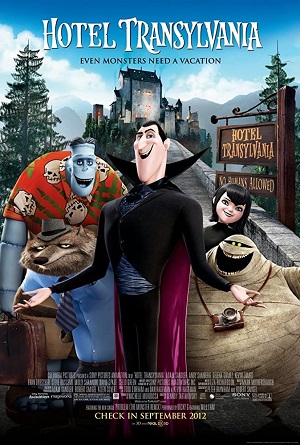