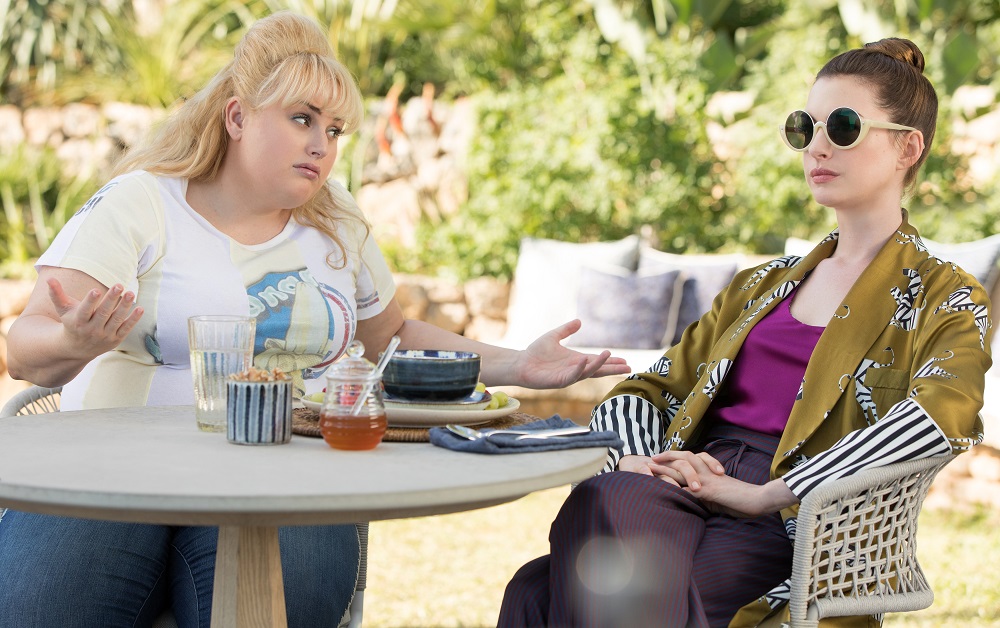 The Hustle isn’t very good. This perplexes me. A gender-flipped remake of 1988’s Dirty Rotten Scoundrels with Michael Caine, Steve Martin and Glenne Headly (itself a remake of 1964’s Bedtime Story with Marlon Brando, David Niven and Shirley Jones), there’s no reason for this comedy to be as flat as it is. Anne Hathaway is a talented superstar with a flair for comedy. Rebel Wilson has the ability to generate laughs as well as any actor working today. Chris Addison has directed 13 episodes of HBO’s Emmy-winning sensation “Veep.” All the pieces are here for a strong new take on the material, so the fact the film proves to be so consistently underwhelming and, more surprisingly, frequently boring is something of a frustratingly bizarre mystery I can’t begin to decipher.

I can’t explain it. While not completely devoid of laughs (with a pair of actresses this talented, the fact they’re able to generate a couple of snickers or giggles is hardly shocking), overall this is 90-plus minutes of tedium that feels more like a series of unfunny and unfocused vignettes than it does a carefully constructed feature-length narrative. Considering the film follows the original scenario dreamt up by writers Stanley Shapiro, Paul Henning (the pair responsible for Bedtime Story) and Dale Launer (brought in to modernize Dirty Rotten Scoundrels) note-for-note and beat-for-beat this might be the most startling turn of events as far as this remake is concerned.

Yet that’s how it is. Whatever screenwriter Jac Schaeffer (TiMER) was tasked to bring to the material in order to successfully switch the genders of the two main characters goodness knows if I can figure out what that might have been. Characters are not developed. The scenario is uninspired. There is no wit. There is even less whimsy. The actual plot, when it eventually kicks into high gear, feels like a pointless afterthought. I never had a reason to care about anything that was happening. Even the climactic twist is devoid of life, this remake so inane I can’t imagine even die-hard fans of Hathaway or Wilson walking out of the theatre with anything positive to say after they’ve given it a look.

For those needing a plot synopsis, in the posh resort community of Beaumont-sur-Mer on the French Riviera elegant con artist Josephine Chesterfield (Hathaway) has found success swindling a vain and pompous men for a number of years now. Her happy paradise is disturbed, however, with the arrival of uncouth, fast-talking Australian Penny Rust (Wilson). While initially coerced into taking the hyper young woman under her wing, Josephine quickly grows tired of this ill-mannered upstart. In turn, Penny is increasingly angered by her mentor’s haughty disposition and coldly dismissive attitude. Coming to the conclusion that Beaumont-sur-Mer is just too small for the both of them, the pair make a wager on who is the best con artist, the winner the proud recipient of a half-million dollars of dorky tech genius Thomas Westerberg’s (Alex Sharp) fortune while the loser will be on the next train out of town.

Okay. Where to start. Hathaway and Wilson have zero chemistry. While they are supposed to be mutually antagonistic towards one another their back-and-forth rapport has nothing in the way of sizzle of spunk. Their respective energy levels are never in balance and because of that I never felt an ounce of pizazz whenever they shared the screen. This makes the training montage as well as their subsequent early partnership where Josephine is supposedly tutoring Penny in the art of the long con but is actually trying to surreptitiously trick her into leaving France meaningless, their growing antipathy towards one another equally laborious.

The next issue is related to the heart of the piece, and that’s the con being played on Thomas. He’s never developed as a character. Instead, the tech billionaire is a series of mechanical constructs who is never believable as a human being. It was impossible to accept that his affection for either woman would ever blossom into anything substantive. Worse, this means Josephine and Penny’s conniving and trickery as it pertains to him has no emotional resonance. The guy is nothing more than a cog that allows the story to go from A to B to C in a relatively straightforward manner, and any potential twists or surprises involving him fail to register on any level that might even remotely be construed as being meaningful.

Hathaway gets to unleash her flair for accents, and she certainly looks stunning in just about every single haute couture ensemble costume designer Emma Fryer (Free Fire) dresses her in. Wilson has a couple of solid moments of physical zaniness, and the film’s post-credit scene showcasing more of Penny as a deranged princess eating dinner with the prim and proper Josephine is arguably the funniest thing in the entire motion picture. But to watch that you have to endure the rest of the film, and even Hathaway’s most ardent fans aren’t going to find her German accent or glorious gowns to be so amazing that they make sitting through the whole remake start to finish close to worthwhile. As I’ve already stated, The Hustle just isn’t very good, and the only con being pulled is on any audience member who has found themselves coerced into buying a ticket. 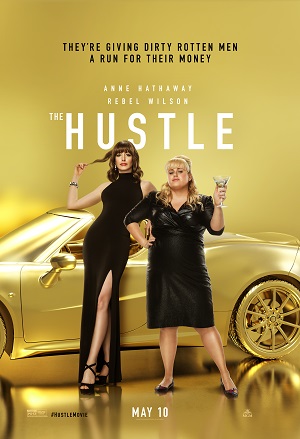