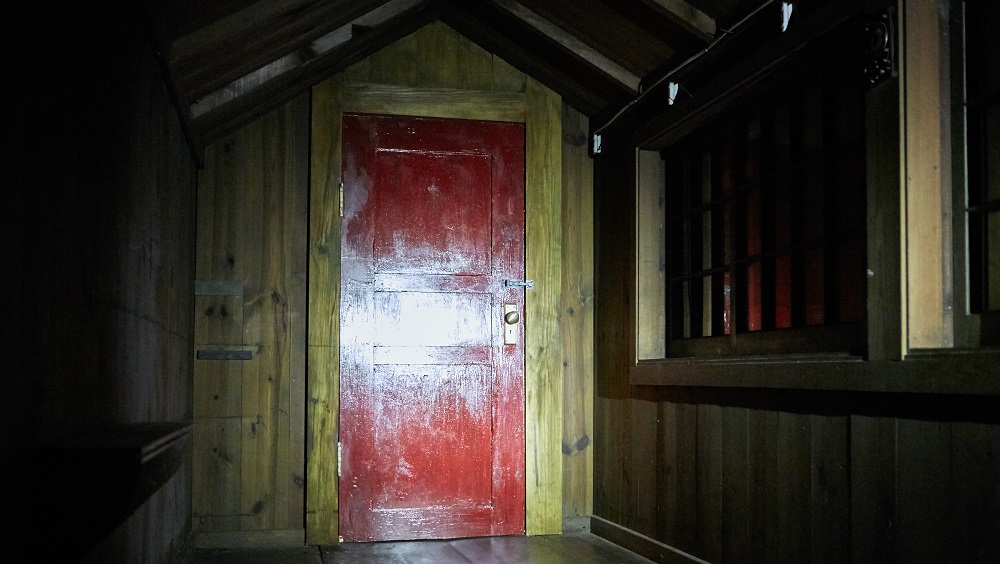 It Comes At Night an Emotionally Distressing Apocalyptic Eulogy

In a dense, secluded section of the forest, Paul (Joel Edgerton) does what he feels he must to ensure the survival of his wife Sarah (Carmen Ejogo) and their 17-year-old son Travis (Kelvin Harrison Jr.). The family has boarded up their massive home from top to bottom, sealing every door to the outside save one, and it is kept locked at all times, no exceptions. They are heavily armed and willing to shoot first and not even bother with questions, knowing that hesitation on their part could lead to a painful, gruesome death that has spread like a virus all around the globe. 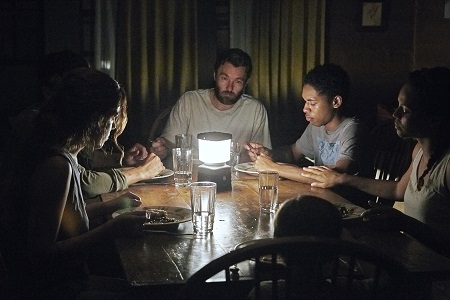 A stranger, Will (Christopher Abbott), has stumbled upon this house in the center of the woods in a desperate search for water for his young wife Kim (Riley Keough) and their young son Andrew (Griffin Robert Faulkner). After waiting a full 24-hours to ensure he is not infected by the mysterious disease that has ravaged the planet, Paul makes a pact with the stranger. He’ll not only deliver water to Will’s family, but he’ll also offer them safety inside his family’s house. In exchange, they will bring their small cadre of farm animals back with them, everyone pooling their resources in a show of trust. Most importantly, though, they will all follow Paul’s rules, no matter how extreme, and while it makes sense to try and survive as a group, that doesn’t mean each family should not protect themselves from the other in case any of them suddenly gets infected by this apocalyptic plague.

A follow-up to his sensational 2015 debut Krisha, writer/director Trey Edward Shults’ It Comes At Night is not the stripped-down, apocalyptic horror film most will think it is. It is an aggressively downbeat descent into paranoia and uncertainty, the actual motion picture a hard-edged drama revolving around the ways people relate to one another in the most deathly extreme of situations. The film asks questions relating to the death of humanity itself, how the moral code survivors are forced to live by slowly but surely eats away at their souls, in the end leaving them hollowed out shells of whoever it was they used to be before events spiraled into chaos and calamity.

Methodical, moving at its own unhurried pace, content to revel in silence and the mundane minutia of surviving in a world no longer filled with modern amenities, Shults shows the same attention to detail he made a point of emphasizing in his first film. Scenes of Travis learning how to chop wood under Will’s tutelage while Paul stands guard initially appears extraneous until the moment it suddenly becomes an essential turning point that affects how one family relates to the other, each piece of this puzzle fitting alongside its counterpart perfectly.

While what has happened to the world remains an unanswered question, the facts of the situation the characters find themselves in are immediately recognizable, the inherent dramatics coming to breathless boil in the film’s first few minutes. More impressively, Shults manages to keep things sitting on the burner simmering away for all of the 97-minutes the director’s sophomore effort runs, the sense that doom is right around the corner and that death could come calling at any second palpable throughout.

Yet, I’m not at all certain I would classify It Comes At Night as a horror film. It’s more akin to something Ingmar Bergman might have composed had he made a drama about the end of the world, the dinner table conversations and the late-night imaginings of what one would gorge on if food wasn’t scarce having a personal bent that’s fascinating. Seen almost entirely through Travis’ eyes, there is a delicate grace that only augments the tragedy those inside the house are struggling to overcome, this inquisitive and intelligent teenager still figuring out who he wants to be, forced to suddenly do it in a world that could come to an apocalyptic end at any given second. 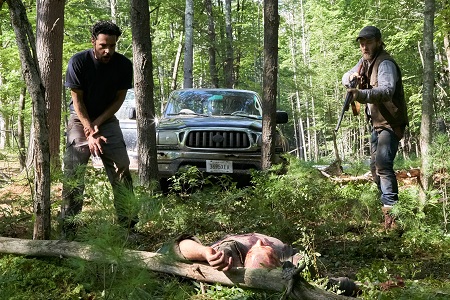 Eerily shot by cinematographer Drew Daniels, intricately edited by Shults and Matthew Hannam (Swiss Army Man), an all-encompassing sense of doom and gloom permeates things down to the marrow, the cold-blooded nature of it all forcing the viewer to keep watching no matter how much they might find themselves wanting to look elsewhere. The powerhouse ensemble is more than up to the task, Edgerton, Ejogo and Keough all having moments of pure, unadulterated terrifying paranoia where their emotions leap off the screen as if we’re watching a documentary and not a fictional piece of genre entertainment. As for young Harrison, his performance is an absolute knockout, his final scenes leaving me in a state of breathless despair that’s downright shattering.

Make no mistake; Shults’ film is not an upper. The director takes things to their logically extreme conclusion, refusing to look away when events disintegrate into outright carnage. The final scene is haunting in its brutal, distinctively simple authority, and as impressive as the filmmaking might be there’s no denying that It Comes At Night is anchored in a nihilistic fatalism that’s painfully catastrophic. It’s a downbeat eulogy to a story that’s been heading in that direction right from its opening image, those anticipating something different likely to walk away afterward scratching their head wondering what it was they just experienced. 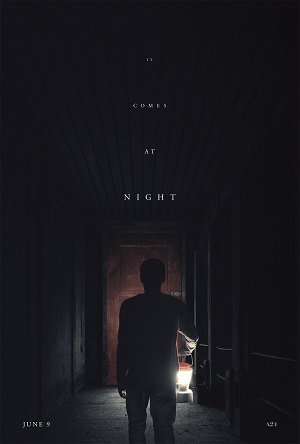