To steal a line from Disney: It’s a tale as old as time. Young kid, farmer’s son, forced to go into town to sell the family’s favorite horse, comes back with a handful of magic beans instead of cold, hard cash, gets berated for his stupidity, discovers the beans are magical when a massive beanstalk grows from the earth into the heaves, climbs up, discovers a race of man-eating giants, rescues a princess, gets everything he ever dreamed of and more. Like I said, it’s a familiar story.

But that didn’t stop X-Men and The Usual Suspects filmmaker Bryan Singer from wanting to bring it to life. Working from a story from Darren Lemke (Shrek Forever After) and David Dobkin (Fred Claus), crafting a screenplay alongside Lemke, frequent collaborator Christopher McQuarrie (Jack Reacher, Valkyrie) and television veteran Dan Studney (“Weird Science”), the filmmaker has attempted to rework the fairy tale for modern audiences while still staying true to its classical roots, using the latest in CG motion capture technology to help him do it.

The result is Jack the Giant Slayer. Originally slated to open last summer but pushed to early this year to avoid comparisons to Snow White and the Huntsman and to get out of the way of Marvel’s The Avengers, which was probably a good decision on the part of Warner Bros, unlike many movies delayed to later dates this one is a rollicking good time that planted an awfully broad smile on my face. Unhappily, there is also something a little tired about the film, rudimentary and routine, and as beautifully as much of it can play and as handsome a production as this is there’ a slight been there-done that sheen that’s impossible to miss.

Happily Singer know how to orchestrate stuff like this with breathless confidence, setting up his version of the story effortlessly, introducing us to hero Jack (Nicholas Hoult) and heroine Princess Isabelle (Eleanor Tomlinson) with dexterous simplicity. He and his team also get their pieces strategically placed upon the board quickly and with precision, introducing the Princess’ stubborn father King Brahmwell (Ian McShane), her supposed protector Sir Elmont (Ewan McGregor) and her duplicitous betrothed Count Roderick (Stanley Tucci) with charming ease.

Events move their way forward with a speedy allure that’s somewhat unusual for most Hollywood blockbusters of this size and scope, Singer jovially bouncing towards the preordained events concerning pint-sized Jack facing off against towering giants with giddy enthusiasm. Sure the plot points concerning a magic crown, Roderick’s trickery and the leader of the giants, the dim-witted two-headed monster General Fallon (voiced and portrayed by Bill Nighy, with John Kassir filling in as his unnamed smaller head), wanting to suck on Isabelle’s bones grows a tad silly, but the story itself still works, never belittling the intelligence of the audience for the sake of a cheap joke or a supercilious thrill.

As nice as this might be, as fetching as the production is, as fun as certain elements are and as glorious as the chemistry between Hoult and Tomlinson proves to be, the overly familiar nature of things coupled with the popularity of similar fairy tale redo’s like Mirror Mirror, Snow White and the Huntsman and ABC’s “Once Upon a Time” and is difficult to dismiss. While the movie hits its beats and goes through its motions with vigorous zeal, I can’t say I was continually engaged every step of the way.

Not that this is Singer and company’s fault. They’ve staged a gorgeously refined epic filled with interesting characters (I think this is the best McShane has been in years, while McGregor is having a blast filling the shoes of the courageous, self-sacrificing knight not above a sarcastic putdown) and dynamic moments keeping me happily entertained throughout. While it’s apparent the director would have liked to have taken some darker turns, what he has delivered is a family-friendly adaptation of the timeless tale kids and adults should enjoy equally, and for that fact alone I find Jack the Giant Slayer to be a towering success that’s sure to grow on me the more I ponder it. 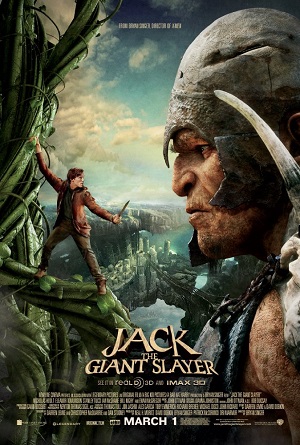