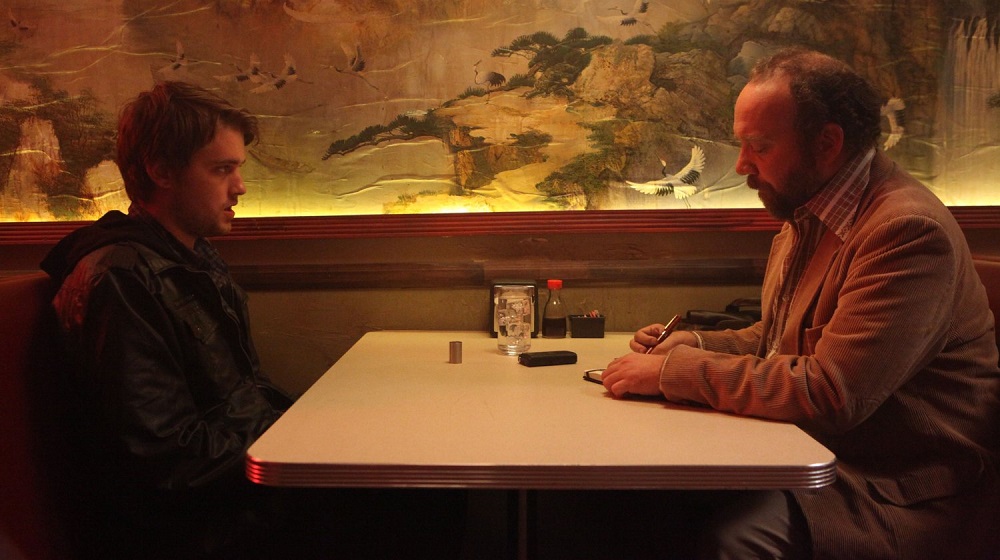 Are far as a list of pointless undertakings would be concerned, attempting to describe the plot of Phantasm and Bubba Ho-Tep creator Don Coscarelli’s latest oddity John Dies at the End would rank pretty high upon it. The movie is an absurd melding of genres and ideas that would have the likes of David Cronenberg or David Lynch scratching their heads, the whole thing a bizarre cavalcade of gruesome thoughts and grotesque ideas sent crashing into one another with gleeful abandon. It’s a psycho-sexual mess of the absurd, delivered with tongue so firmly planted in cheek trying to take any of it seriously is never a possibility. 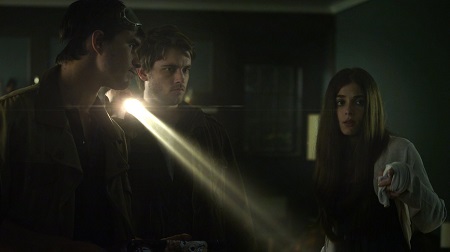 Which I’m guessing is the point. Coscarelli, working from a story by David Wong, throws images and concepts at the screen with furious abandon, bringing up the possibility of parallel dimensions, sentient mind-altering hallucinogenic drugs, truck driving canines and out-of-body heroics with flippant seriocomic glee. It’s noir of the absurd, horror of the droll, everything tinged with a waggish lunacy that goes from being deadpan to dead serious at the drop of a hat.

Is that enough? For some it will be. There are some astonishing sights, not the least of which is a humongous creature made entirely of slabs of meat leapt out of the freezer, or a cartoon subplot featuring carnivorous man-eating spiders and the cowering masses sent to them for an impromptu dinner party. There are some odd running penis gags that are funnier than they should be, while a series of Chinese Restaurant conversations between is-he-or-isn’t-he psychic Dave (Chase Williamson) and nonplussed journalist Arnie Blondstone (Paul Giamatti) are engaging, especially considering the conversation itself is really nothing more than Lewis Carroll meets H.P. Lovecraft nonsense.

But what’s the point? Do the fragments Coscarelli seems so gleefully excited to rip to shreds ever feel like they have even the slightest chance of connecting together? Do references to works as varied as Eyes Wide Shut to Ghost in the Shell to eXistenZ (as well as Videodrome and Naked Lunch) to The Evil Dead to Fast Times at Ridgemont High equal anything substantive? I don’t have any answers to those questions or a heck of a lot of the others hinted at here, the majority of the movie just sitting in some eccentrically whimsical fantasyland that’s nowhere near as clever or as daring as a part of me feels it thinks it is.

Granted, can’t say I was ever bored, and right from the start I was always curious what Coscarelli was going to choose to show me next. Better, not only does he bring in Giamatti (who also produced), he also has intriguing bit parts for the likes of Clancy Brown, Doug Jones and Glynn Turman, giving proceedings a whiff of surrealistic class it never would have had otherwise. Heck, he even gets Tall Man himself Angus Scrimm in on the act, his diabolically silly little cameo reducing me to a flood of cheeky grins I didn’t want to end. 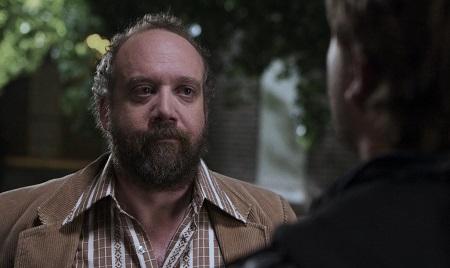 As for the story, there’s lots to tell but, as I stated up at the front, trying to boil any of this gobbledygook down to a simple cohesive statement is pointless. Just know that Dave is telling the story to Arnie, there’s a bit of otherworldly black goo nicknamed ‘soy sauce,’ the fate of the world is on the line and John (Rob Mayes), well, as for John he might just be dead, but even so that’s not keeping him from talking and engineering a plan to save the day.

You already know who you are if something like John Dies at the End is your sprinkle of soy sauce. Fans of Coscarelli, of which there are many (and I’m one of them), are sure to want to give this darling of the midnight festival circuit a look, while the genre curious are warned to give it a cockeyed gander at their entertainment peril. Overall, I’m still not entirely sure what to make of this messy, blood-splattered anomaly, and I might just have to take the plunge and watch it again before I can weigh in definitely one way or the other. 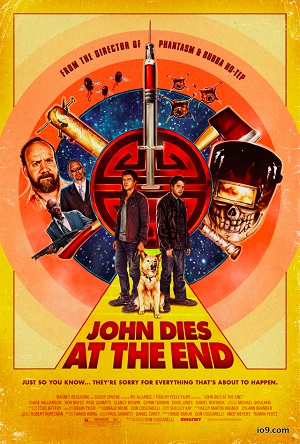