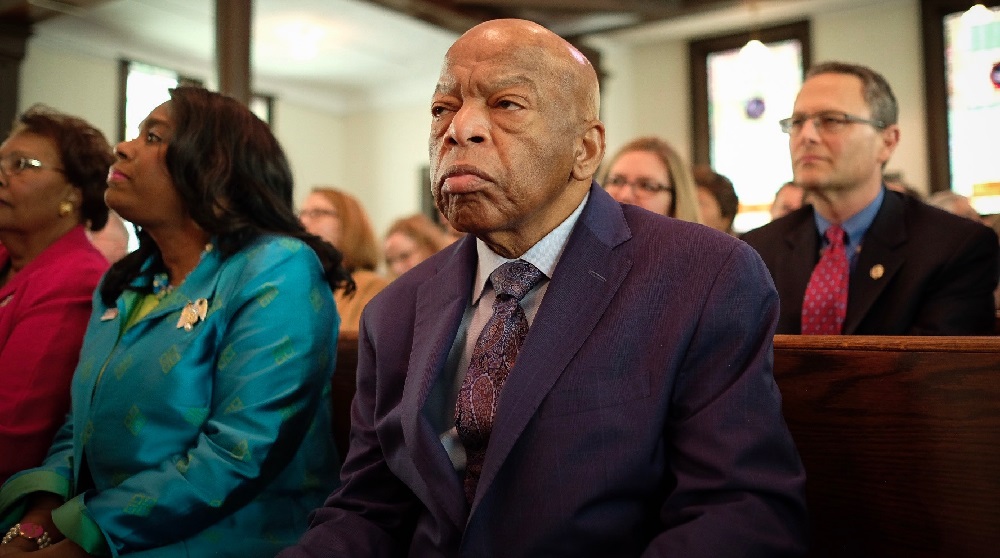 I didn’t realize just how much I needed director Dawn Porter’s (Spies of Mississippi) latest documentary John Lewis: Good Trouble until it was over. While it was likely I was in the bag from the start as I sat down to watch this film about the Civil Rights Movement icon and the longtime House of Representatives member from Georgia’s Fifth Congressional District the honorable John Lewis, that doesn’t mean I expected it to hit me as hard emotionally as it ultimately did. I sat their floored watching the end credits, Porter’s riveting doc a soothing balm of confidence, courage, intelligence and leadership that’s sorely needed in this disquieting moment in U.S. history.

It should probably be noted that the film’s approach to its subject is fairly straightforward. In the case of Lewis, however, I’d argue this isn’t anything close to resembling lazy or uninspired. When you have such incredible archival material, those images almost can’t help but speak loudly for themselves. Additionally, while the cavalcade of talking heads singing the Congressman’s praises isn’t surprising, notable figures like Congresswoman Alexandria Ocasio-Cortez (D-NY), Congressman James Clyburn (D-SC), 2018 Democratic gubernatorial nominee Stacey Abrams of Georgia, U.S. Senator Cory Booker (D-NJ), Speaker of the House Nancy Pelosi, Presidents Jimmy Carter and Bill Clinton and former U.S. Secretary of State Hillary Rodham Clinton all appear, that does not mean they have anything inconsequential to say.

The late Maryland Congressman Elijah Cummings (D-MD) (to whom the film is dedicated) also appears, and I admit his far-too-brief interviews really spoke to me. But so did that wealth of archival footage. Porter and her crack research team have unearthed a massive treasure trove of still photographs and vintage interview clips, almost all of which haven’t been seen by anyone for almost six decades. This allows the viewer to look at key events, most strikingly the March 7, 1965 crossing on the Edmund Pettus Bridge in Selma, Alabama, in an entirely new way, adding extra layers of introspective depth that are extraordinary.

But unsurprisingly the star of the show is Lewis himself. His interviews and observations, whether they be of the archival variety or of the here and now, are fascinating. His perspective on events historical and current have weight. They have meaning. His evolution as a human being potentially even more so. From his time as Freedom Rider, to his time giving speeches alongside Martin Luther King, Jr., all the way up to Black Lives Matter and numerous historical events that have happened in-between, the connections linking it all together or undeniable.

Porter doesn’t gloss over the bumps in the road as they pertain to Lewis. She also doesn’t exactly spend a lot of time analyzing them all that deeply, either. Nevertheless, her documentary has a stirring power to uplift, amaze and inspire like few other films I’ve seen this year. I wanted to rise to my feet in cheer when it was all over, and I felt re-energized to face this crazy world with newfound passion and tenacity. John Lewis: Good Trouble got all of that out of me and much, much more, the Congressman’s call to action I can’t help but hope all will listen to with open ears and passionately respond to accordingly. 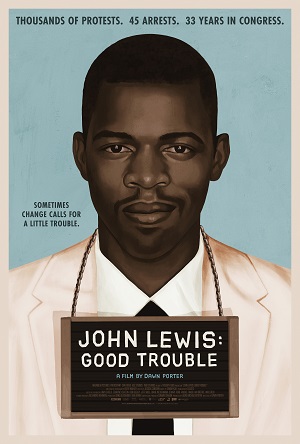