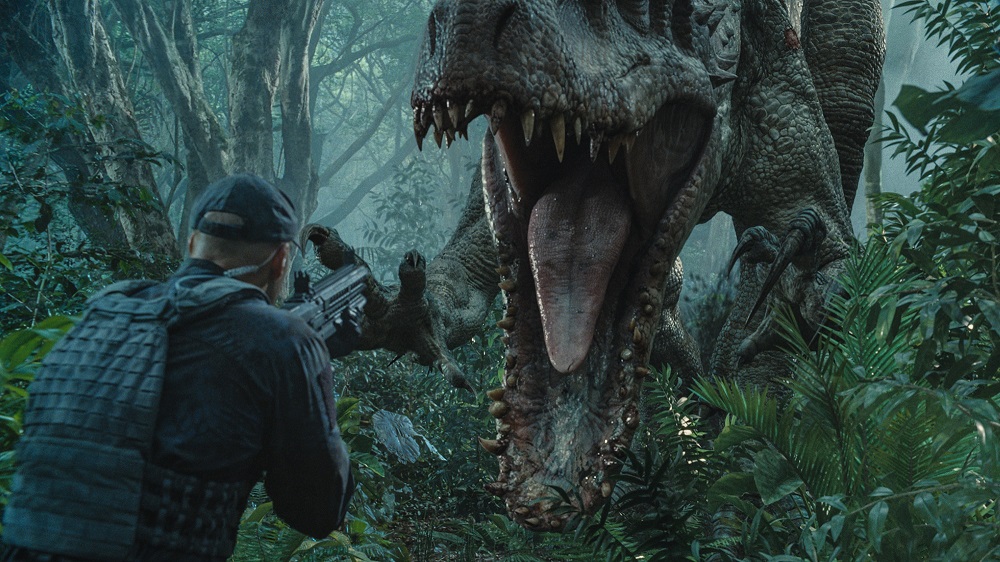 “The kids? This will give the parents nightmares.” 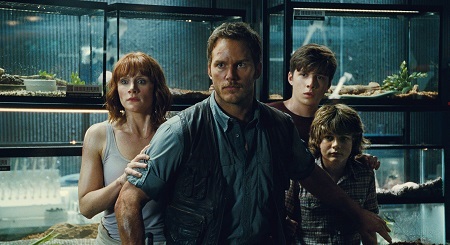 “It’s safe to say few, if anyone, knew what to expect from Jurassic World. As sequels are concerned, this felt particularly unnecessary. More than that, the premise – 20 years after the historic failure of the original park the company behind the cloning of dinosaurs has ‘fixed’ their mistakes and now have their Costa Rican island paradise up, running and full of 20,000-plus guests – felt like nothing terribly inspiring. The film had the smell of being more of a larger scale remake than a continuation of the story begun in Michael Crichton’s best-selling novel and brought to life in Steven Spielberg’s Oscar-winning 1993 film, and as such my interest in seeing what was going to happen and why was understandably muted going into the promo screening.

My bad. Director Colin Trevorrow, who allegedly rewrote the script with his fellow Safety Not Guaranteed scribe Derek Connolly, throwing out a great deal of what original writers Rick Jaffa and Amanda Silver (Dawn of the Planet of the Apes) initially came up with in the process, makes the leap from micro-budgeted indies to large-scale Hollywood productions with smashing success. Fast-paced, character-driven, filled with spectacle and heart, the film is a surprisingly intimate coming of age saga for both its adult and adolescent characters alike, building to a suitably heart-pounding bit of creature-based carnage that is almost certain to illicit cheers from most in the audience.

There is nothing new; that should be pointed out right from the get-go. What we have is your basic saga of both science and corporatization run amok, the film rarely, if ever, treading into territory that could remotely pass as original. Ingen, the company John Hammond (the dearly departed Richard Attenborough) fronted and controlled in the first film, is still looking to make its mark in the world of dinosaurs. They’ve finally opened their theme park, aptly branded Jurassic World, and people from all over the globe have descended upon the island to see creatures gone for 65-million years up close and personal as if they never went extinct.

But after 20 years of dinosaurs making headlines the public is growing tired of the antics provided by your random Tyrannosaurus Rex or Triceratops. They want more. Bigger. Better. More menacing. Something to scare the living daylights out of them. Problem is the cliché still applies, Ingen listening to the pleas of the public giving them, as well as their corporate sponsors, exactly what they want, proving once and for all its best to be careful what you wish for because in the end you might very well get it.

Mixed into this are a variety of subplots. The key one revolves around Claire (Bryce Dallas Howard), Jurassic World’s head of operations, her two nephews Zach (Nick Robinson) and Gray (Ty Simpkins) at the park for the week while her estranged older sister Karen (Judy Greer) finalizes her divorce from husband Scott (Andy Buckley). The timing couldn’t be worse, as this is the week they’re supposed to be debuting their newest creation to investors, a new dinosaur, a genetically modified hybrid smarter than a Raptor and more vicious than a T-Rex. Claire passes the kids off to an underling as she’s forced to deal with billionaire park benefactor Simon Masrani (Irrfan Khan) and animal behavioral expert Owen (Chris Pratt), the former wanting the latter to inspect the new dinosaur’s paddock in order to see if there are any flaws in the enclosure’s design.

What happens next shouldn’t come as a surprise, the beastie breaking lose causing all sorts of havoc, Zach and Gray managing to plant themselves right in the middle of things as the dino, dubbed the Indominus Rex, goes on a park-wide killing spree. Claire ropes Owen into helping her save her nephews, while mysterious military man Hoskins (Vincent D’Onofrio) has a plan of action involving Velociraptors that only a deranged lunatic could ever have thought was a good idea. All of it goes pretty much as expected hitting most of the requisite beats, paying homage to Spielberg’s film while also planting seeds of where the series could go in the future if (i.e., when) more sequels are made.

Thing is, Trevorrow and Connolly have actually done a pretty terrific job of manufacturing characters worth caring about, Owen and Claire extremely flawed, three-dimensional heroes whose transitions happen with invigorating clarity. Also, Zach and Gray are nowhere near the obnoxious nincompoops they could have been, their respective journeys, as well as their evolving, heartfelt sibling relationship, rooted in authentic emotions, the script parceling out the nuances of their situation with remarkable ease and even more impressive brevity.

Additionally, the director stages magnificent sequences of carnage and destruction, doing so with a keen eye to geography and location, allowing all that’s happening to make physical and practical sense. Impressively edited by Kevin Stitt (Jack Reacher), Trevorrow allows the spectacle to amaze while just as importantly keeping it from overwhelming the delicate, if admittedly melodramatic, human story at the center of things, the characters staying in focus throughout no matter how crazy things might ultimately become.

The film does play quite a bit on one’s affinity and appreciation for Jurassic Park, the sense of awe that Spielberg manufactured so easily sadly absent. But Trevorrow manages to make Jurassic World entirely its own distinct animal, unleashing a gleefully exuberant bit of climactic mayhem that’s utterly delightful. It’s a fitting continuation of the story begun 22 years ago, taking things in an intriguing direction I for one am eager to see where it all goes next.”

The only major Hollywood action spectacle from this past summer I’ve seen more than Jurassic World is Mad Max: Fury Road, and considering that’s one of the year’s best films that should tell you all you need to know in regards to my affinity for this fourth adventure featuring author Crichton’s world were dinosaurs are no longer extinct. I really like this one, enjoy what Trevorrow has done with it, finding the film fantastically enjoyable even if, in the end, it’s not doing a lot more than rehash events from the first one if only on a much larger scale. It works, plain and simple, and as such it’s arguably my second favorite in the entire series and the only sequel I’m likely to re-watch somewhat regularly. 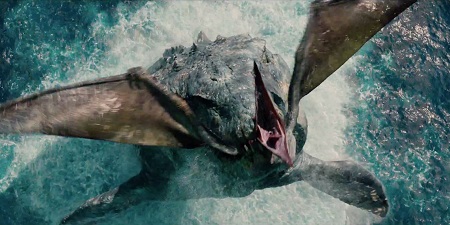 Chris & Colin Take on the World (8:57) – Fun, if lightweight, extra revolving around actor Chris Pratt and director Colin Trevorrow sitting down to ask one another a relatively random series of questions regarding their time making the movie.

Welcome to Jurassic World (29:52) – Far above average making-of piece with members of the cast and crew talking about the challenged, and excitements, about tackling a sequel to Jurassic Park.

Jurassic World: All-Access Pass (10:11) – Pratt and Trevorrow again, this time looking at key sequences portrayed in the film and the various inspirations behind them.

Deleted Scenes (6:08) – A handful of excised moments, one revolving around using excrement as camouflage that definitely needed to be cut because, wow, as much as I personally find a lot of the misogynist and sexism claims against Howard’s character to be relatively baseless, had this brief scene remained in the picture I’m not entirely sure I’d have felt the same. It’s pretty terrible.

I like Jurassic World, and while I’m awed as much as anyone by the film’s stunning box office take – can’t say I saw that coming – that doesn’t mean I don’t think the sequel is still solid all the same. Universal’s Blu-ray release is stunning, pretty much perfect across the board, and considering the title’s popularity I doubt many will be even slightly disappointed when they add this three-disc set to their home libraries. 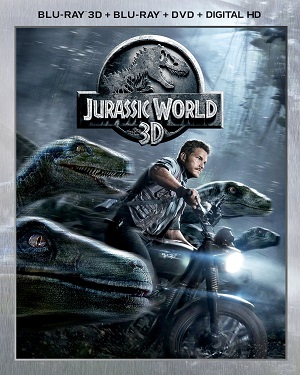