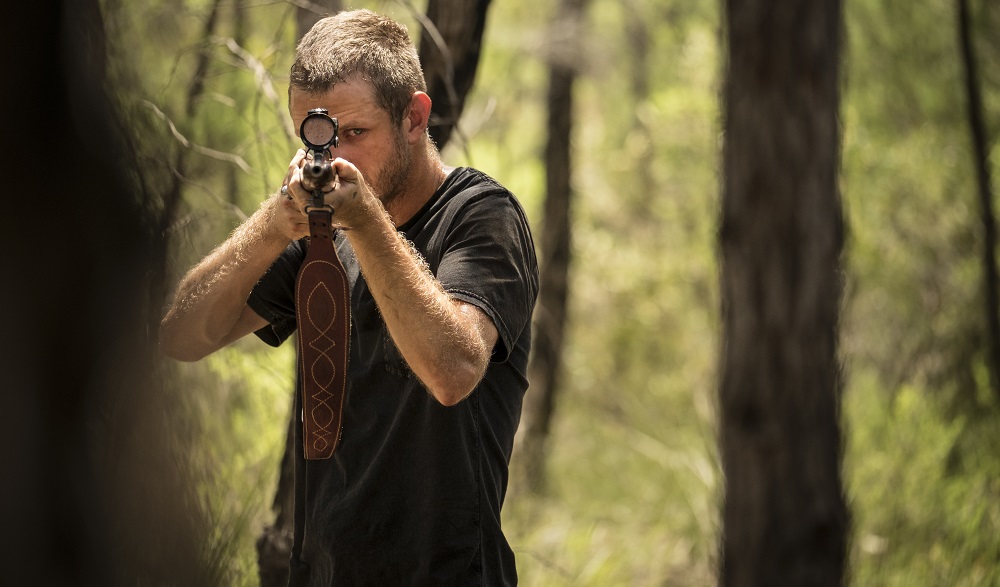 Looking to recharge their batteries and get away from the chaos of the city, Ian (Ian Meadows) and Samantha (Harriet Dyer) have headed into the Outback for a quiet weekend camping alone. While surprised that the pristine lakeside location they’ve chosen already appears to have campers, the space is big enough that they can travel to the other end of the beach and remain relatively alone. Still, they’re curious who their neighbors are, and after an entire evening passes without anyone returning to the campsite Ian and Samantha are starting to wonder what is going on. When they find an infant child in the woods, all alone, clinging to life by a thread, things take an even more ominous turn, the married couple beginning to think something terrible has happened to that tent’s missing inhabitants. 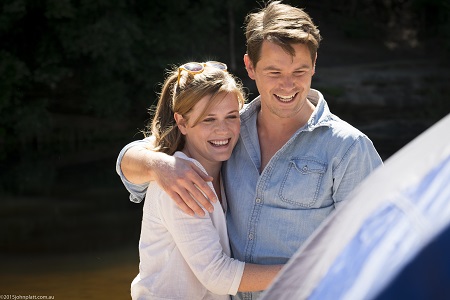 The visceral, unnerving debut of Australian writer/director Damien Power, Killing Ground is a brutal, mercilessly kinetic genre throwback that stings deep and packs a major wallop. It is that rare exploitation thriller that refuses to be exploitive, instead choosing to showcase its mounting terrors with a relentlessly authentic precision that allows the situation that Ian and Samantha have inadvertently stumbled into to have an extra emotional resonance that goes beyond anything I anticipated. Power doesn’t play up the melodrama, refuses to drop into sensationalism, instead choosing to keep things grounded in an innate, lived-in realism the ups the breathless suspense generated by the narrative’s unyielding twists and turns considerably.

There are three pieces to this story. The first is the one I’ve already described involving Ian and Samantha setting up for a quiet weekend alone in the country only to end up running for the lives while fighting to save a lost child. The second spotlights a pair of friends, German (Aaron Pedersen) and Chook (Aaron Glenane), the two fond of cruising the local bars hitting on random women but also have intimate knowledge of the desolate forest terrain their small town is comfortably nestled within. The third involves a close-knit family of four, Rob Baker (Julian Garner), his wife Margaret (Maya Stange), their headstrong teenage daughter Em (Tiarnie Coupland) and their infant son Ollie (Liam and Riley Parkes), all of them setting up camp hoping this time to bond will do them all some good.

It’s not really a question what’s been taking place. There’s not a lot to hide. But the great thing Power does is warp time, moving things backward and forward like a cagey magician, deftly twirling a shiny bauble of some mesmerizing sort with one hand while the other is craftily engineering all the surprises without anyone noticing. By the time this trio of tales come crashing together into one, the overall effect is magnificently troubling, the film sending shockwaves through my system that sent my stomach into an avalanche of uncomfortable convulsions.

A lesser filmmaker would have played up the sensationalism of this twisted little tale of tragedy and senseless violence. Power does not do that. His matter-of-fact approach makes the horror of the situation Ian and Samantha find themselves in all the more palpable while at the same time helps augment the force of their attempts at selfless heroism. He treats them realistically, forcing the pair to make decisions about what to do and when to do it that are merciless in their hopeless intensity. Power does such a great job setting up both of his main characters that they don’t get angry or turn into a hopeless mess when one makes a decision that seemingly puts the other in jeopardy. Instead, they anticipate their partner’s decision and use this knowledge to their advantage, attempting to turn the tables on those pursuing them in the process.

It’s not easy to watch, especially when I realized what was in store for one set of characters, the callous easygoing viciousness of this act of nonsensical brutality beyond anything imaginable. It’s also immediately apparent German and Chook are not a pair of gentlemen, and while I get why Power is not doing much to conceal their part in this murderous mystery I do think the film would have been better served had they not been such obvious backwoods reprobates. There’s also a little too much coincidental contrivance during the final sequences, diluting the inherent suspense of whether or not Ian and Samantha will be able to make their escape. 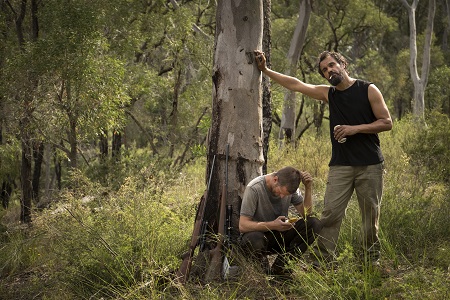 What I do like is how deftly Power handles his storytelling duties, he and editor Katie Flaxman (The Last Reel) doing a terrific job cutting things in a manner that allows the three plot strands to intermix into one another nicely. Even if the time jumps are initially played close to the vest, it’s easy to keep track of what is going on. I was never lost. Better, when events coalesced I was absolutely blown away by the emotional dynamism of the reveal, the lump in my throat growing by the second as things built to their bloody climax.

By putting the two main characters first, by making sure they are well-rounded, complex and believable, Power allows Killing Ground to resonate in ways that are uncompromising in their primitive concentrated destructiveness. The movie refuses to let up, the director manufacturing a devastating Australian Outback thriller the likes of which I’ll be thinking about and ruminating over for quite awhile, the greasy grit and grime of the depravity lurking at its core not going to wash away anytime soon. 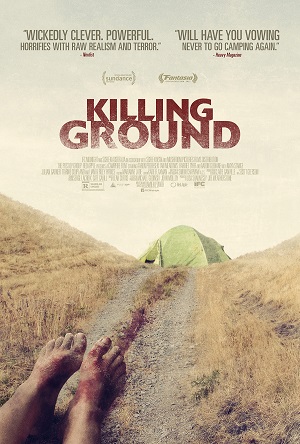