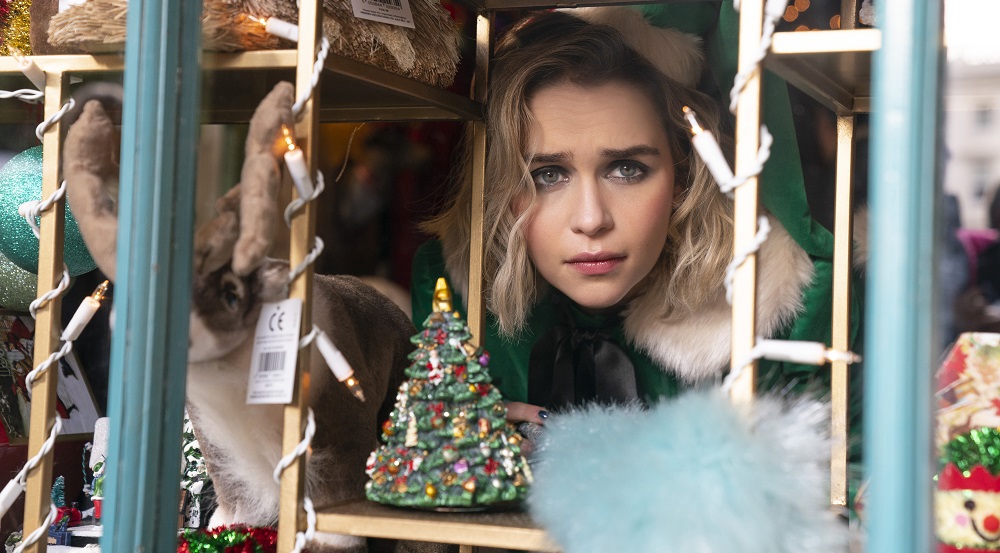 Quirky Last Christmas Wears its Heart on its Yuletide Sleeve

Inspired by the George Michael song of the same name, the holiday-themed romantic comedy Last Christmas is an odd little piece of pop entertainment that is almost as infuriating as it is heartwarming. Directed by Paul Feig and written for the screen by actress Emma Thompson (who conceived the original story with Greg Wise and co-wrote the script with Bryony Kimmings), the movie is an enchanting little ditty about a lost young woman who experienced a massive medical trauma over the Christmas holiday and exactly one year later still hasn’t been able to re-find the energetic risk-taker she used to be. Then she meets an energetic and optimistic bicycle currier who seems determined to show her all the wonders life has to offer, the pair going on several borderline romantic adventures throughout December which leads to a major revelation just before Christmas.

All of that sounds fine, but the movie has a major trick up its sleeve as it reinterprets Michael’s lyrics for this romantic holiday endeavor. There is a subtle hint throughout the movie that not everything that is happening is exactly as it appears, so by the time the climactic reveal occurs I’d been sitting on pins and needles expecting the rug to be pulled out from underneath these characters rather forcefully. When Feig and Thompson do just that I honestly can’t say I was satisfied by where they took things. Same time, the filmmakers don’t fall face-first into melodramatic treacle and play the moment with far more restraint than I anticipated, the young heroine’s reaction to her discovery triumphantly comforting in a surreal idiosyncratic way that I found strangely appealing.

Emilia Clarke is Kate, and she’s the young woman in need of rediscovering the holiday spirit and reconnecting with the selfless, outgoing iconoclast she used to be. Henry Golding is Tom, the bike currier with a loving soul who enters her life as if he were an angel sent by Heaven to get her back on the right path before it is too late. She works at a Christmas store in the heart of London owned by a quick-witted and acid-tongued taskmaster she only knows as “Santa” (Michelle Yeoh). He claims to have decided to live off the grid by leaving his cellphone in a cupboard in his small apartment while at the same time volunteering at a local shelter and food kitchen that’s fallen on hard times. Kate is also barely on speaking terms with her family, sister Marta (Lydia Leonard) tired of having to be the sensibly practical one in the family while their Yugoslavian immigrant parents Petra (Thompson) and Ivan (Boris Isakovic) are barely on speaking terms. Tom rarely says anything about his family, doesn’t seem to have any friends and never appears to interact with anyone other Kate, which strikes her as strange considering how much of a pleasantly charming people-person he appears to be.

I’m finding it difficult to say anything more. I don’t even want to compare Feig and Thompson’s film to other similar titles I felt it related to or emulated because to do so would make it even easier to figure out the climactic turn of events before they transpire. What I can say is that as endearing as all of this is there is also the feeling that the filmmakers and the actors are making up a lot of it as they go along, almost as if they had a thin outline of the plot and decided to fill in all the blanks while they were shooting. I will also admit that, even though the final twist didn’t bother me or strike me as cloying or facile, it’s still pretty hard to accept, Last Christmas entering into that melodramatic Frank Capra-esque realm of emotionally-saccharine magical realism few filmmakers other than the It’s a Wonderful Life and Mr. Smith Goes to Washington master have been able to pull off with any consistency.

But Clarke is wonderful, running around in a bright green elf suit with jaunty pointy-toed shoes showcasing a wild abandon that only grows more captivating as things progress. She also has sensational chemistry with Golding, and if the pair ever reunite for another romantic fairy tale I’ll be first in line to see what happens. Thompson is unsurprisingly divine as Kate’s overprotective mother, while Yeoh steals every scene she’s a part of by showcasing a wicked comic timing that’s marvelous. I also have to say I loved the George Michael-heavy soundtrack, the late singer becoming something of a quiet narrator, many of his lyrics fitting the material nicely.

I have this sneaky suspicion mainstream audience are going to love this movie. While I think Feig and Thompson overplay their hand a little bit, and even though I don’t feel like the climactic twists and turns work near as well as they are intended to, it’s also clear that the unabashed feel-good nature of all of this is profoundly difficult to hate. Last Christmas has the potential to make a lasting imprint with a lot of viewers, and even if my heart wasn’t always into it that doesn’t mean I’m ready to dismiss the film entirely. There’s plenty of goodness to unwrap as far as this holiday present is concerned, and I’m not about to begrudge anyone from doing just that even if the gift hiding inside isn’t everything it was hopefully cracked up to be. 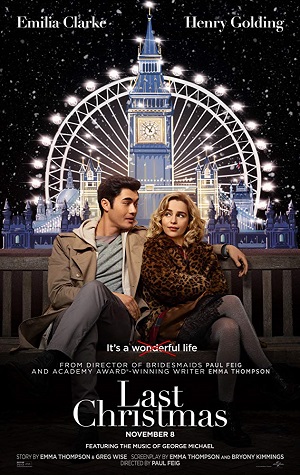