Nell Sweetzer (Ashley Bell) has survived. The happenings that went down in Ivanwood are currently unexplained, everyone involved dead or disappeared while the only evidence chronicling what took place is the remaining footage of a documentary film crew there to photograph what they thought was going to be routine (and fake) exorcism.

Placed in a Louisiana halfway house for young women, Nell is attempting to restart her life, making friends with roommate Gwen (Julia Garner) and getting a job as a housekeeper at a local hotel. She also begins a quiet, hesitant relationship with coworker Chris (Spencer Treat Clark), the two delicately feeling one another out as they inch towards romance.

For those who don’t remember, Nell was the chosen vessel for the demon Abalam, and at the end of 2010’s The Last Exorcism she was in the middle of giving birth to something frighteningly wicked just as the priest who had come to help her, originally under false pretenses, was engaged in battle with that which was possessing her. The documentary crew died, of course, as did her father, Louis (Louis Herthum), the ultimate destination of the cult surrounding her and the demon unknown.

The idiotically entitled The Last Exorcism Part II eschews the found footage aesthetic of the original, director and co-writer Ed Gass-Donnelly (Small Town Murder Songs) choosing instead to move forward with a traditional narrative as his camera attempts to see things entirely through Nell’s eyes. Working with fellow writer Damien Chazelle (Guy and Madeline on a Park Bench) the pair follow a standard path, and to say events go pretty much exactly as anticipated is something of a foregone conclusion.

And that’s a pity, because much like the first time around Bell delivers a performance as Nell that’s borderline staggering. She is a sensational talent, not just for her ability to contort her body into an increasingly unbelievable series of knots but also because she is able to mine so much rich emotional territory with believable simplicity. A delicate smile can instantly transform into a horrified frown; a determined glare can morph into uncertainly with remarkable ease. Every facet of her performance is a wonder, the actress delivering so completely it is impossible to know where she begins and the character she’s portraying comes to an end.

Additionally, much like with the criminally little-seen Small Town Murder Songs, Gass-Donnelly has a rather stunning visual eye, he and favorite cinematographer Brendan Steacy creating a delectably unsettling world that utilizes its New Orleans locations splendidly. The movie floats through its speedy 88 minutes nicely, and as silly as the narrative might be there is always something of interest for the eye to focus upon, a gigantic (and unexpected) plus I was most decidedly pleased with.

Be all that as it may, as magnificent as Bell is and as strong as the visuals might be the script is still a tired, turgid mess of genre clichés that get more annoying as things progress. By the time the titular exorcism rolls around (no spoiler there) I was hard-pressed to care whether or not Nell would survive. Much of the last act falls into self-parody, the actions of those attempting to obliterate the demon so stupid I kind of wanted to grab a handful of popcorn and throw it at the screen in anger. 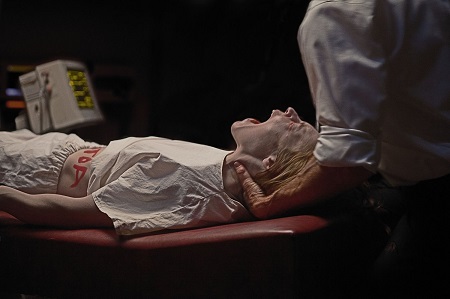 I will give Gass-Donnelly and Chazelle some credit. They don’t drop the ball near as spectacularly at the end as the first film did, never descending into the same state of unintentional silliness that sent me out of the theatre laughing uncontrollably back in 2010. The pair have the strength of their convictions and take things to a natural conclusion that fits Nell and her story just fine, the look on her face as the screen goes to black moderately chilling.

So what? As strong as these elements are the unavoidable elephant in the room is that the filmmakers waste a star-making performance from their lead in order to tell a basic story I’ve seen way too many times before. Their sequel isn’t scary, the predetermined nature of what’s going on making Nell’s journey instantly forgettable. The Last Exorcism Part II wants to be the fiery conclusion to an epic tale but what it really ends up being is just another subpar horror effort wasting the time and talents of virtually everyone involved. This isn’t frightening, it’s just unfortunate, and I seriously doubt there will be many who watch the film who will end up feeling differently. 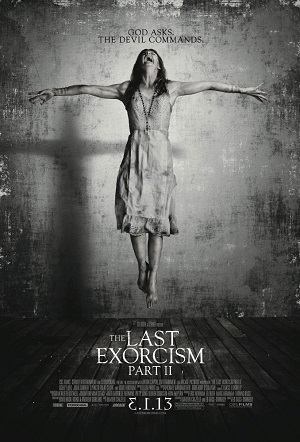