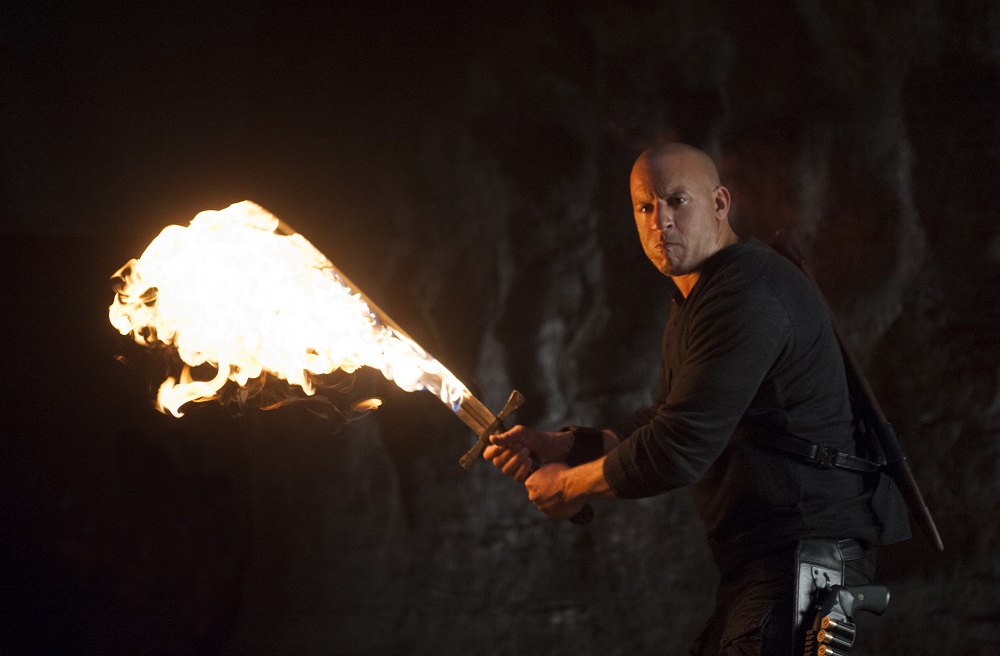 Over 800 years ago, the warrior Kaulder (Vin Diesel) was cursed by the Witch Queen (Julie Engelbrecht) to immortality at the same moment his sword attempted to cleave her in two. Since that time, he’s been a warrior for the Church, maintaining the balance between darkness and light as he helps keep the peace between the human realm and those of the witches. His story is recorded by a series of chroniclers calling themselves Dolan, the last of which (Michael Caine) is ready to retire after 50 years of faithful service. 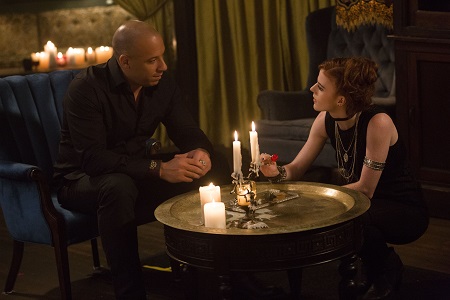 Evil is coming. The powerful warlock Belial (Ólafur Darri Ólafsson) has put a terrifying plan into action, and it is up to Kaulder, along with the aid of the newest Dolan (Elijah Wood) and the assistance of a young witch able to walk in the world of dreams, Chloe (Rose Leslie), to stop him. But this evildoer’s plan is more destructive than any of them could have imagined possible. He’s going to resurrect the Witch Queen, bring her back from damnation, the fate of human civilization itself in the hands of this small trio of warriors, the immoral Kaulder leading the attack.

The Last Witch Hunter is pretty bad. I like director Breck Eisner. I feel like his 2010 remake of George A. Romero’s The Crazies is one of the better horror/suspense films delivered to theatres this past decade. But that doesn’t mean I can cut him a lot of slack. Even if the film moves well, even if a few of the central action sequences are nicely staged, even if the makeup effects are terrific, the overall feeling that this is nothing less than a close to unwatchable compendium genre tropes a B-grade esthetics delivered without passion or emotion is omnipresent throughout. This thing, this big, lumbering oaf of a supernatural sponge cake, it’s kind of terrible, and there’s not a lot more to add.

In some ways, this feels a little like Pixels all over again, and while these are wildly divergent motion pictures both structurally and thematically, the central problem is one in the same. In that wannabe summer blockbuster, director Chris Columbus staged events about as well as could be expected, doing what he could to infuse his video game alien invasion spectacular a sense of life and urgency. But he’s stymied at almost every turn by the star turn at the center of things delivered by Adam Sandler, his constant mugging and winking calling far too much attention to itself reminding the viewer they’re watching a giant joke and not some sort of adventure they’re supposed to be thrilled to be a part of.

As far as The Last Witch Hunter is concerned, while I had a lot of issues with the script written by Cory Goodman, Matt Sazama and Burk Sharpless, the main issue is the star himself, Furious 7 and Riddick megastar Vin Diesel. Not because he’s treating the whole thing as a giant joke unworthy of his full attentions like Sandler in Pixels, but more because he’s trying to lumber and stumble through it all with a bully’s bravado laying waste to everything going on inside of the feature itself. He’s impossible to care about, relate to or marvel at, and while he looks fairly good in his scrubby, hairy ancient world bearskins throwing an axe and swinging swords, that doesn’t mean he’s giving an actual performance. This is Diesel being Diesel, and while that can work in many cases it’s disastrous here. 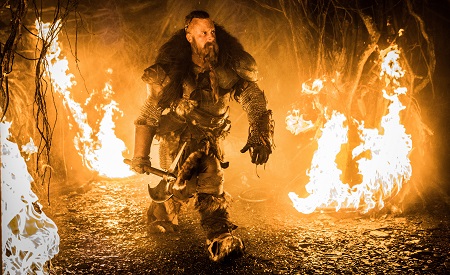 Granted, that script is a mess, there’s no denying that, and while I always want to give everyone the benefit of the doubt I can’t say this is huge shock considering prior films members of this trio have worked on include Dracula Untold and Priest. But this movie is just so painfully maudlin, so absurdly melodramatic, it rips its B-movie pedigree and aspirations out by the roots and then grounds them into dust, and I’m just not sure what it was Goodman, Sazama and Sharpless were going for. It just isn’t interesting, and that’s maybe the cardinal sin, the giddy, down-and-dirty pleasures typical for this sort of endeavor absent for nearly every second of the film’s 106 minutes.

I did like Leslie, and Caine, for as much as he is around (which isn’t much), is as charming as ever even if he’s here just to pick up a paycheck, and the early prologue assault on the Witch Queen is beautifully staged even if a number of the CG effects leave something to be desired, but none of that matters a great deal. Eisner is talented, and I’m going to assume he’s got another The Crazies – hopefully more than one – in him at some point, but The Last Witch Hunter isn’t it. This is a bad movie. More, it’s a waste of time, and I feel more than a little terrible for those who spend hard-earned money on a ticket to watch it. 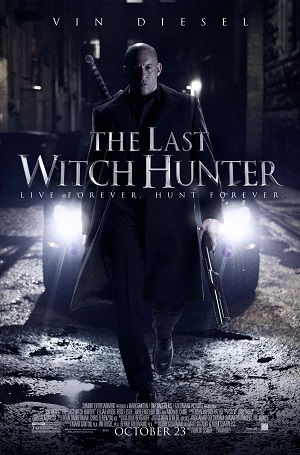