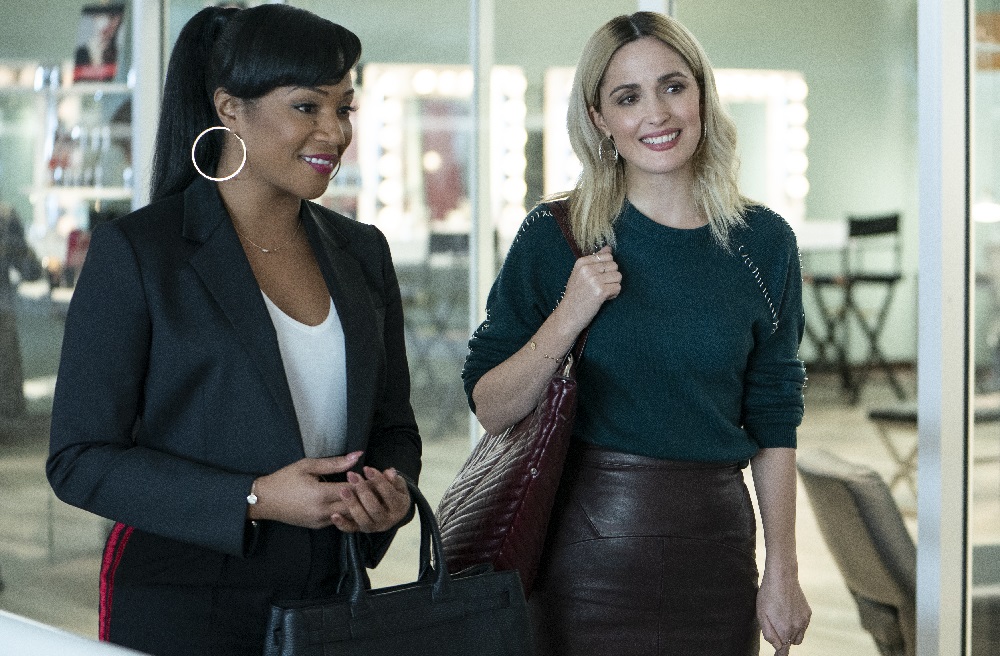 Emotionally Malnourished Like a Boss a Forgettable Female Buddy Comedy

If not for the superlative talents of Rose Byrne, Tiffany Haddish and Salma Hayek, and in no small part thanks to a couple of scene-stealing supporting turns from Billy Porter and Jennifer Coolidge, I’m hard-pressed to believe that R-rated buddy comedy Like a Boss wouldn’t have been a complete waste of time. Director Miguel Arteta’s latest is a long way from his best works Chuck & Buck and The Good Girl. Heck, it’s not even up to the standards set by the relatively pleasing (if still somewhat undercooked) Youth in Revolt, Cedar Rapids or Alexander and the Terrible, Horrible, No Good, Very Bad Day. No, without its strong cast this movie would have been D.O.A., and even with them I find it unlikely potential viewers are going to want to spend their hard-earned dollars to give it a look.

Shame, because Byrne and Haddish are a terrific comedic team. They have instant chemistry, engaging in a zippy back-and-forth that’s invigorating. There were moments where I felt like they were going to make this otherwise anemic affair not just worthwhile but essential. This duo is fully engaged, showcasing spunk, energy and emotional depth even when Sam Pitman and Adam Cole-Kelly’s woefully malnourished screenplay could care less to do the same. Byrne and Haddish deserve better material. For that matter, so does a paying audience.

The story revolves around Mia (Haddish) and Mel (Byrne), childhood best friends who now own their own small Atlanta cosmetics company. They have two dedicated employees Barrett (Porter) and Sydney (Coolidge) they adore and three high school besties, Kim (Jessica St. Clair), Jill (Natasha Rothwell) and Angela (Ari Graynor), who they can’t imagine ever not being a part of their lives. But organized and bookish Mel has been reticent to tell creative, outgoing free-spirit Mia that their company is on the verge of collapse, and unless they can become way more profitable in the next six months no matter how excellent their product they’ll still have to shutter their doors.

Enter cosmetics queen Claire Luna (Hayek). She wants to partner with the women, offering them a contract that will instantly get them out of debt and potentially put them on the path to becoming multi-millionaires. It too good to be true, and Mia is reticent to cede so much control to a domineering personality they’ve only just met. But Mel doesn’t see any other option and argues that they should take the deal, never imagining that by doing so she’ll be risking far more than the business she helped build from the ground up with her own two hands.

There aren’t a lot of surprises. Luna has an unorthodox clause in her contract with the small business owners that basically states if their friendship shatters she’ll get the controlling share of their company, and she predictably goes out of her way to try and engineer that very catastrophe. There are also random ideas involving a person’s natural beauty and the lasting power of close-knit friendships, but none of that goes much deeper than what can be seen right there on the surface. The plot comes across like a theatrical piece of daytime television or a soapy Lifetime melodrama, only one with far more four-letter words, making things so rudimentary the film comes perilously close to being boring.

What Arteta and his movie do have going for them is that talented cast. Not only are Byrne and Haddish pretty great, Hayek is a gleefully larger-than-life Machiavellian villain who throws herself into the proceedings with goofy self-deprecating effervescence. While Porter and Coolidge are hardly reinventing themselves, their patented schtick is still good for a number of solid laughs, the former particularly delightful during a scene where Barrett is given crushing news from Mia and Mel while demonstrably chomping on a crispy salad. As for the three girlfriends, Graynor makes the most lasting impression although both St. Clair and Rothwell aren’t too far behind her, and part of me almost wished Arteta had gotten his screenwriters to write the trio a couple of extra scenes so they could all hang around a little bit longer than they ultimately do.

Not that I can say any of this matters very much. Even at a brisk 83 minutes the comedy plods around aimlessly for much of its running time, building to a foregone conclusion that I saw coming from a mile away. The ending is a banal mess that’s never as crowd-pleasing as it wants to be. Worse, it’s also not very funny, the climax a rushed compendium of inspirational girl-power clichés that might have been insulting if they weren’t so blandly mediocre. Thanks primarily to the cast I can’t hate on Like a Boss, but that doesn’t mean I found it worth recommending, either. It’s instantly forgettable, and by the end of January it will probably have slipped out of my mind completely. 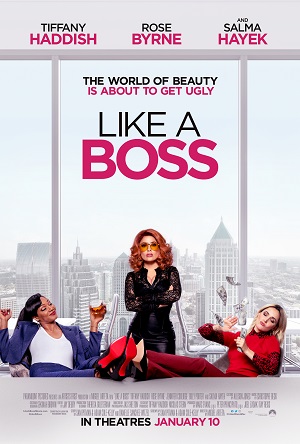