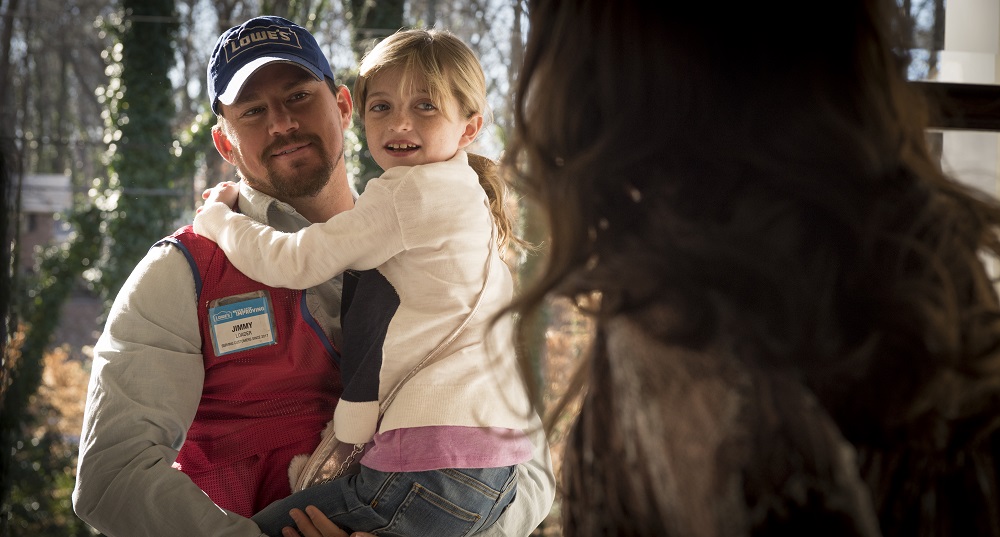 With his ex-wife Bobby Jo Chapman (Katie Holmes) on the verge of moving out of West Virginia with their daughter Sadie (Farrah Mackenzie), unemployed coal miner Jimmy Logan (Channing Tatum) hatches a crazy plan to rob North Carolina’s Charlotte Motor Speedway during a NASCAR race. Having worked at the speedway repairing sinkholes, he’s lucked into a little bit of knowledge that should help facilitate a successful heist right out from underneath the facility’s nose without anyone even knowing it is happening. Roping his Iraq War vet bartending brother Clyde (Adam Driver) and his down to earth hairdresser sister Mellie (Riley Keough) in on his plan, Jimmy sets out to do the impossible, knowing success will mean everything to his family, a family that’s had more than their fair share of bad breaks over the years. 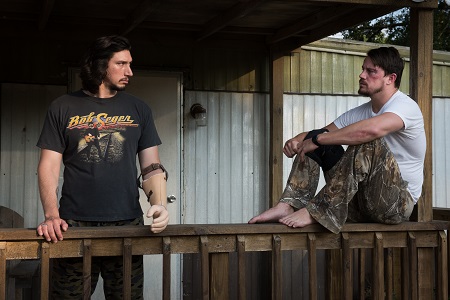 About four years ago director Steven Soderbergh announced he was retiring from making theatrical motion pictures, turning his attention instead to working on projects for HBO and Cinemax. But along came rookie screenwriter Rebecca Blunt and her script for Logan Lucky, a mangy little comedic heist thriller that took the elegance of the filmmaker’s hit Ocean’s Eleven remake, gave it a down home backwoods West Virginia sensibility and threw all the technical precision and high-gloss glitz right out the window. What went from a simple request on her part for Soderbergh to give her some pointers on whom to approach in Hollywood about the project quickly transformed into the Traffic Oscar-winner coming out of retirement to helm it himself. He was energized by her scenario so much he wanted to personally see it happen, and somewhat on the sly he ended up assembling an all-star cast and utilized a revolutionary self-financing model to make the film a reality.

Thank goodness for that. Not only is Blunt’s script fresh, funny, emotional, exciting and fascinatingly nuanced, Soderbergh is also at the absolute height of his directorial powers as well. While there is a giddy simplicity to the structure of the narrative, the filmmaker gives it a refreshingly idiosyncratic spin reminiscent of some of his other crazily beguiling genre riffs like Magic Mike, Side Effects, Haywire, The Limey and Out of Sight. There is a looseness that allows for even the crazier ideas to feel lived-in and authentic, and as such the characters Blunt has so carefully constructed overflow with just that much more life and vitality. Logan Lucky is as giant an August surprise as anything I ever could have hoped for, the delight I felt watching only exceeded by the knowledge audiences were going to get to experience all this jovial throwback ebullience for themselves starting this weekend.

For all the obvious similarities to Ocean’s Eleven and its two hit sequels, this picture actually has more in common with old school comedy-thrillers about impossible robberies like 1969’s version of The Italian Job with Michael Caine or 1971’s The Anderson Tapes with Sean Connery than it does anything else. It also owes quite a bit to the cockeyed world view of Joel and Ethan Coen, a part of me wanting to rush home to watch Raising Arizona as soon as I got out of the theatre. There’s a roughneck shaggy-eared insanity to what Jimmy Logan has planned that’s intoxicating, Soderbergh and Blunt going from there to make sure they populate his story with richly crafted characters a viewer is instantaneously drawn to. Yet, it’s also precisely orchestrated down to the smallest detail, every piece fitting into the next with a level of virtuosity that’s sublime.

On the casting front, there’s not a wrong move anywhere to be found. Tatum fills the part of the world-weary elder Logan nicely, his regrets from dreams turned into sour nightmares fueling an inner fire to do something extraordinary all having a haunting urgency that’s strikingly effective. Driver is equally wonderful, scenes where he subtly laments for an arm left somewhere in the deserts of Iraq having a haunting eloquence that bursts through the comedy with shocking intimacy. Keough is a ton of fun, as is newcomer Mackenzie as a beauty pageant-loving little girl who knows far more is going on with her father than he is remotely going to admit to her. There’s also some marvelously brief work from the likes of Seth MacFarlane, Katherine Waterston, Hilary Swank, Brian Gleeson, Jack Quaid, Dwight Yoakam, Sebastian Stan and Jon Eyez in a variety of supporting roles that are all key to the film’s success, each them making the most of their screen time no matter how brief it might turn out to be. 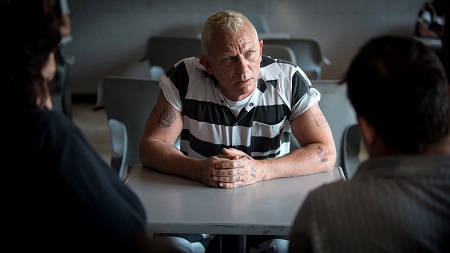 But the ace in the hole is Daniel Craig. The current James Bond portrays West Virginia inmate Joe Bang, a bank robber currently quietly serving the last six months of his prison sentence but who also just so happens to be key in ensuring Jimmy Logan’s heist is a successful one. The ins and outs of his character are worth discovering without any additional explanation, the part he plays in all of this and how Jimmy and Clyde utilize him exuberantly divine. Craig’s performance, however, is a jolt of electricity the likes of which had me boisterously spellbound, and much like how Kevin Kline ripped apart A Fish Called Wanda away from the likes of John Cleese, Jaime Lee Curtis and Michael Palin back in 1988, that’s exactly what the actor does here as well. Even though he’s only in it for maybe a third of the actual running time, imagining this picture without him proves to be impossible, his toothy gummy bear grin worth the price of admission all by itself.

It should be noted that there is an actual debate as to whether or not Rebecca Blunt is a real person or if she is a shrewdly constructed pseudonym for another writer or even Soderbergh himself. While I wouldn’t put it past the filmmaker to put one over on all of us like this, I also have no reason to assume the production notes or quotes from any of the actors who worked on the film are part of the plan to playfully deceive viewers like this is some strange marketing strategy I honestly can’t make heads or tails of. Be all of that as it may, the only thing that matters is that Logan Lucky is sensational, the fact it stole my heart away with seemingly so little effort whatsoever the greatest heist of them all. 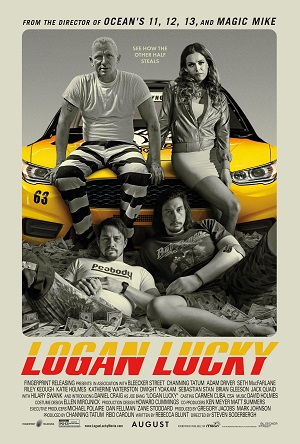