What is there to say? If 2013’s Olympus Has Fallen was basically Die Hard inside the White House, then the sequel London Has Fallen is a combination of Die Hard with a Vengeance and Live Free or Die Hard only the action has been moved off of the streets of New York and Washington, DC and been transferred to the titular British capital. It sends crack Secret Service Agent Mike Banning (Gerard Butler) into an urban jungle as he attempts, once again, to keep a group of bloodthirsty terrorists from killing U.S. President Benjamin Asher (Aaron Eckhart).

That’s really all one needs to know about the plot because, let’s face it, it’s not particularly important. There’s a bad guy, he has a team of mercenaries rampaging across London killing off world leaders and hunting the President of the United States, British Intelligence has a mole leaking information and only Mike Banning can stop things from getting any worse. He’ll take out all the terrorists single-handedly if he has to, nothing and no one going to stop him from protecting his Commander-in-Chief from all threats, foreign and domestic.

Unlike the first film, this sequel never takes itself seriously. At the same time, it amplifies the violence and the jingoism to stratospheric levels. It’s absurd, the whole thing playing like a mid-1980s Chuck Norris actioner  reminiscent of Invasion U.S.A. or The Delta Force, things taken to cartoonish extremes the likes of which border on laughable. It’s just plain nuts, walking a surreal line between being irredeemably offensive and goofily enjoyable with astonishing aplomb.

I find it flabbergasting just how many Oscar nominees and winners drop in to pick up a paycheck. Morgan Freeman, Melissa Leo, Angela Bassett and Robert Forester are on hand for a return engagement, while Jackie Earle Haley also joins the fold as another member of President Asher’s inner circle. Radha Mitchell is also back as Banning’s now pregnant wife Leah, while Charlotte Riley, Patrick Kennedy and the always great Colin Salmon attempt to find answers to the evolving crisis from the perspective of the Brits. As for the primary villain, a Yemeni arms dealer named Aamir Barkawi played by Israeli actor Alon Aboutboul, he actually doesn’t get a heck of a lot to do, the primary nefarious heavy lifting done by the endless gaggle of gun-toting hard cases hunting Asher and Banning.

Iranian director Babak Najafi, primarily known for the fine Swedish sequel Easy Money II: Hard to Kill starring Joel Kinnaman, does a terrific job managing things, eschewing the quick, nonsensical editing style far too prevalent in most modern action spectaculars for  a smooth, free-flowing aesthetic that’s sensational. He allows many of his scenes to have the appearance of playing out in real time and all in one take, and while there’s some obvious digital trickery hiding some of the edits it all still works rather nicely all the same. There’s a moderately spectacular firefight outside the terrorist stronghold that is like some sort of kinetic combination of video games like “Call of Duty: Modern Warfare” and Gareth Huw Evans’ two The Raid efforts, Najafi managing to create a freakish amount of tension during this sequence no matter how implausible things ultimately become. 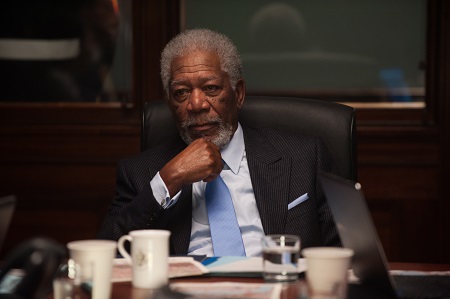 The script, credited to returning scribes Creighton Rothenberger and Katrin Benedikt, as well as newcomers Chad St. John and Christian Gudegast, is undeniably silly, bringing up hot button topics like drone warfare and America’s continued involvement in the Middle East only to do nothing profound, let alone complex, with either of them. The screenplay’s depiction of the terrorists and how Banning goes after them would be vulgar and xenophobic if it weren’t so darned ridiculous, the insanity pushed to such heights taking any of this seriously is impossible. Same time, considering the current political climate one can imagine a scenario where Donald Trump followers will look at this film as some sort of what-if doomsday scenario, a rather terrifying hypothetical to be sure.

Not that I can judge too harshly. As a kid of the ‘80s and ‘90s, I grew up watching Arnold Schwarzenegger, Sylvester Stallone and Chuck Norris kick all kinds of cinematic ass and rarely complained as they did it, the fact London Has Fallen reminds me so much of their violent B-grade escapades more a plus than it is a minus. With some nice directorial touches from Najafi coupled with a gleefully macho, pleasingly self-effacing performance from Butler, I had way more fun watching this than I assumed was going to be the case. For what it is this sequel gets the job done, and I seriously doubt audiences who made the first one a hit will be even slightly disappointed. 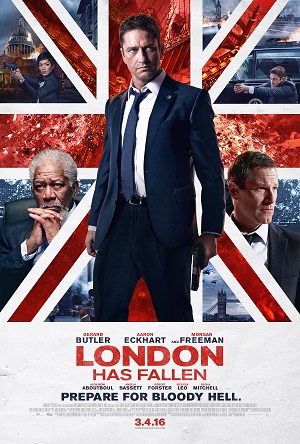