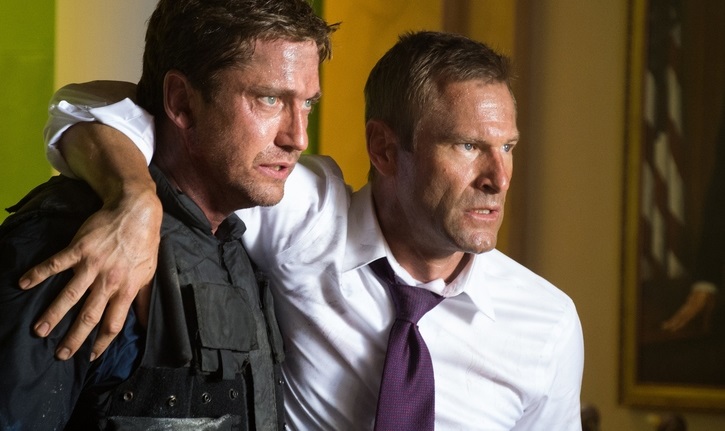 As Die Hard copies go, the White House set Olympus Has Fallen is competently made, decently acted and extremely well shot by Conrad W. Hall (Panic Room). It features a couple of reasonably exciting set pieces and doesn’t insult the viewer’s intelligence too severely, the script by newcomers Creighton Rothenberger and Katrin Benedikt following an extremely familiar template but doing so with relatively innocuous efficiency. 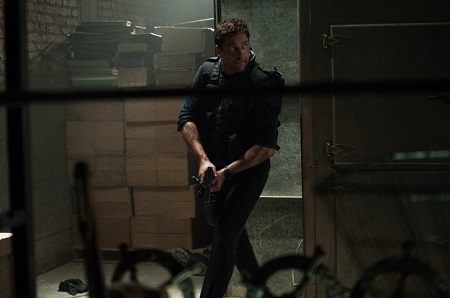 Not to mean director Antoine Fuqua’s (Training Day) latest is anything to crow about. It’s just better, a million times better, than the actual Die Hard movie, A Good Day to Die Hard, we already had to suffer through this year, proving that when the bar is set low enough just about anything can soar above it with relatively little effort whatsoever. The movie barely held my interest, and even though I found all two hours of it easy to endure that does not mean I’d urge anyone anywhere to buy a ticket to see it in a theatre. Trust me, this one will play just fine at home, and I seriously doubt a person will be even slightly disappointed if they wait to watch it until it starts making the rounds on Cable television.

The concept is simple enough. Secret Service Agent Mike Banning (Gerard Butler), still reeling from his inability to save the First Lady (Ashley Judd) when a tragic auto accident forces him to choose between her and the life of her husband, President Benjamin Asher (Aaron Eckhart), suddenly finds himself inside the White House after an attack by North Korean extremists. Holding the President hostage, he’s the only one capable of saving the Commander-in-Chief and stopping war from engulfing the Korean peninsula, and he’s going to give everything he has to make sure the terrorist responsible, Kang (Rick Yune), is held accountable.

Does more need to be said? I’m sure everyone has already figured out almost all of the plot dynamics just from that description alone, and to say that Rothenberger and Benedikt’s script rarely, if ever, wavers from the expected template is without question a gigantic understatement. Everything goes exactly to plan, beginning to end, and save for a nice, if minor, twist involving the fate of the President’s son Connor (Finley Jacobsen), Kang needs him to bend President Asher to his will, not a single thing happens that isn’t wholly expected right from the start.

Fuqua does his thing, the veteran director orchestrating the action with reasonable flair staging and handful of moments that captured my attentions, not the least of which where the tragic snow-covered bridge automobile accident prologue as well as a couple of gut-punching pieces of darkly lit fisticuffs inside the White House. Even the initial assault is relatively exciting, the filmmaker masking the film’s shockingly poor CG effects (seriously, for a movie that cost a reported $120-million they’re very, very bad) by relying upon energetic close-ups and John Refoua’s (21 & Over) crackerjack editing. 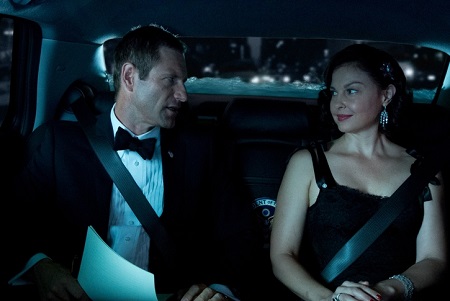 He’s also somehow managed a rather astonishing cast, and while Butler deciding to do this sort of thing isn’t much of a surprise the fact he could coerce Judd (in what is really nothing more than a glorified cameo), Eckhart, Morgan Freeman, Angela Bassett, Melissa Leo, Dylan McDermott, Cole Hauser, Radha Mitchell and Robert Forster all to appear is something of a moderate surprise. It’s a list of veteran heavy-hitters that boasts two Academy Award-winners, two more nominees and a slew of genre favorites fans tend to gaga for, and while none of them go above and beyond each is still putting forth far greater efforts than the movie itself likely deserves.

And there you have it. My feelings towards Olympus Has Fallenaren’t exactly euphoric, and my reaction to the overall motion picture itself isn’t anywhere near positive. At the same time, for a schlock Die Hard variation (i.e. knockoff) Fuqua’s film isn’t anything close to a disaster, it’s too competently acted and directed for that to be the case. At the same, it’s also not anything even slightly special, making watching it more of thing to do when there’s nothing else to do than a necessity worthy of rushing out to the multiplex to experience. 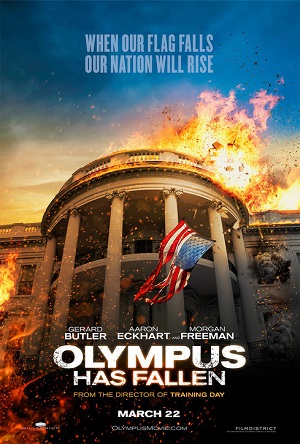