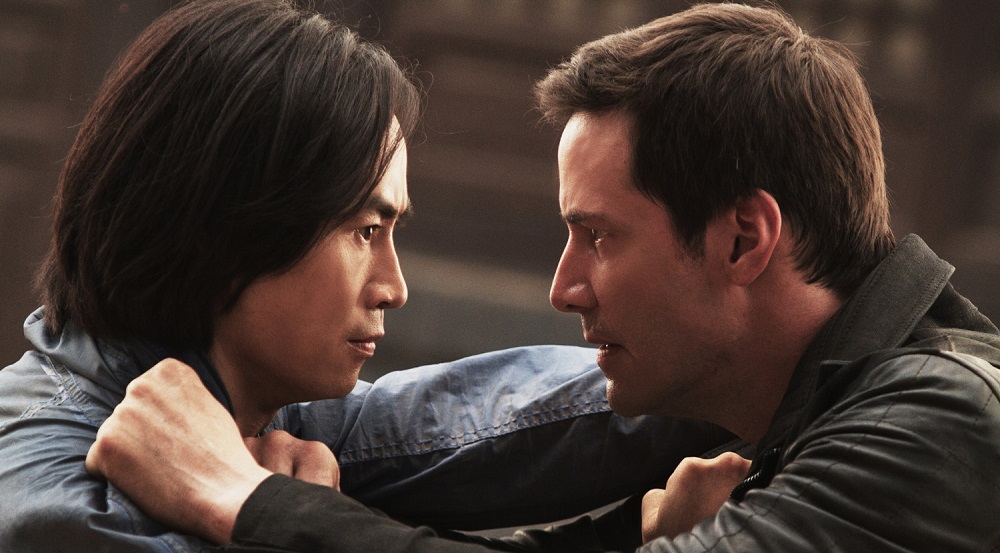 “Tiger” Chen Lin-Hu (Tiger Chen) is a messenger tirelessly working delivering packages all across Beijing. He is also a committed Tai Chi practitioner, training under the strict Master Yang (Yu Hai) who is constantly urging his pupil to find balance otherwise he might lose himself to the powerful darkness he sees lurking within his star pupil. 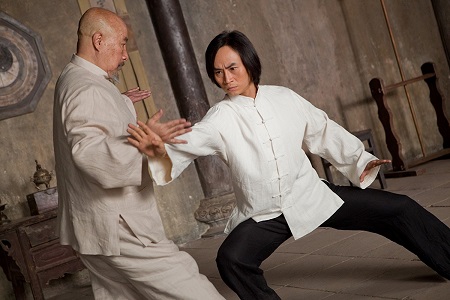 It is that darkness the megalomaniacal Donaka Mark (Keanu Reeves) wants to exploit. He’s seen Tiger fight, and as Tai Chi is a martial art devoted to balance, tranquility and peace, the man’s violent explosiveness is something of a surprise. Mark wants to exploit this and enter the young practitioner into a series of secret bouts in order to see what will happen, hoping to sequentially seduce a transformation the seemingly good-hearted Tiger to a place of unthinkable darkness.

So, Reeves’s directorial debut Man of Tai Chi is every bit as silly as it sounds, the movie not really much more than the kind of underground illegal fight club adventure the likes of which was a staple of Jean-Claude Van Damme’s early filmography. It’s as amped-up and as overtly melodramatic as you’d expect, everything building to the type of mano y mano confrontation that’s typical to stories such as this. There’s nothing new and little to get excited about, and as narratives go Michael G. Cooney’s script barely rates as passable.

Still, as martial arts B-movies go this is a hard adventure to hate. Its 105-minute running time passes quickly, Reeves stages the fight sequences with impressive flair (he obviously learned something working with the Wachowskis) and the final fight between he and Chen is suitably dynamic. While the scenario itself revels in cliché, while the outcome is never in doubt, whenever the fists are flying (which is often) the movie is a joy, action fanatics sure to be taken with it even if they’ll be kicking themselves for doing so after the film comes to end.

But, unlike Quentin Tarantino or the aforementioned Wachowskis, Reeves doesn’t do a great job of balancing the absurdities of Hong Kong chopsocky cinema with the real world dramatics that could have allowed the movie to transcend its idiocies and become something memorable. The narrative is incredibly juvenile while the plotting borders on puerile, everything here nothing more than a John Woo/Ringo Lam/Tsui Hark/Jackie Chan et al mishmash that’s often pretty darn tiresome. Sequences of outright overkill are numerous, and as impressively staged as the fights might be that doesn’t make much of what ends up transpiring form a plot perspective any less laughable. 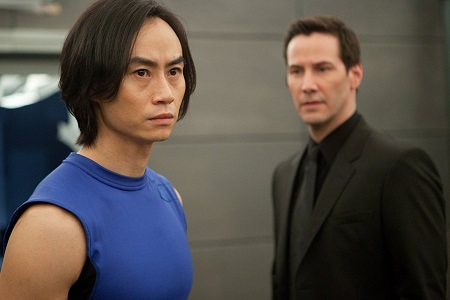 Performance-wise, things are all over the map. Reeves is emotionally volcanic, chewing up scenery left and right with a performance so over-the-top it makes Jack Nicholson in Batman look like he’s performing in an early Zhang Yimou drama. Chen, on the other hand, underperforms to the point of looking narcoleptic, only coming to vibrant, robust life during the fights and training montages which thankfully make up the majority of his scenes. As for the other actors, only Karen Mok makes an impression, her driven detective character a genre stereotype that she is determined to make standout no matter what.

As directorial debuts go Reeves hardly proves himself incapable of stepping behind the camera and getting the job done. He’s got an undeniable feel for action, allowing cinematographer Elliot Davis (The Iron Lady) and editor Derek Hui (Dragon) to help him compose visual bits of magic that are irrefutably magnetic. None of which makes the movie good, it just means it isn’t a waste of time. Man of Tai Chi is an action extravaganza some will undoubtedly love; the rest of us will just offer our begrudged respect while knowing full well we’re unlikely to ever lay our eyes upon it ever again. 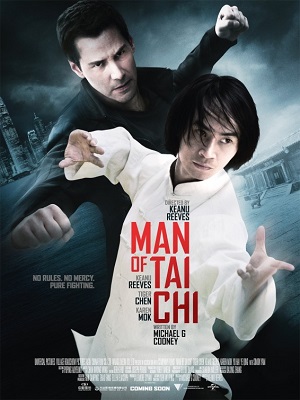