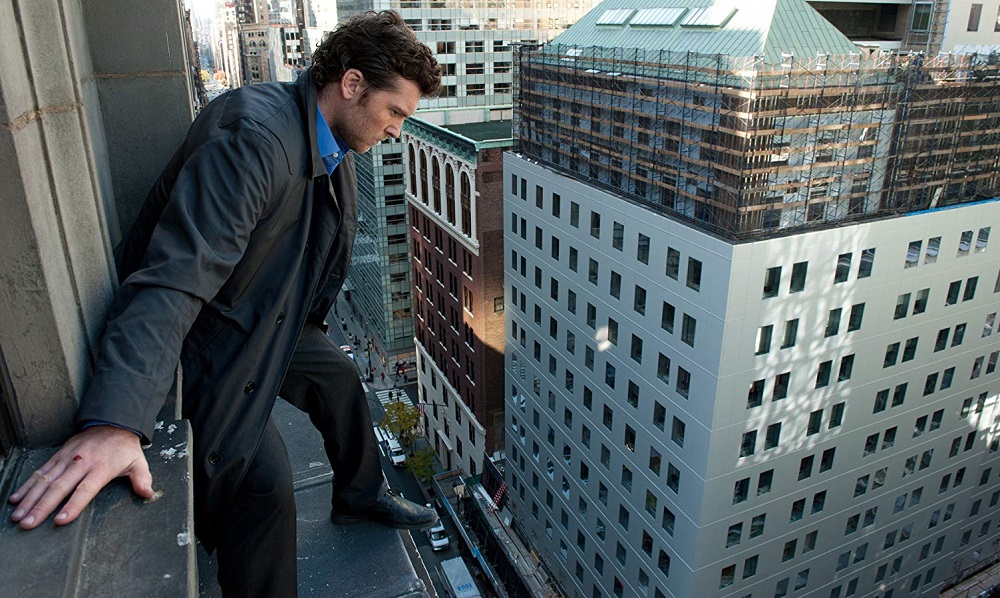 B-Grade Thriller Man on a Ledge Falls on its Face

Former NYPD detective Nick Cassidy (Sam Worthington) has escaped from prison, getting into a fight with his younger brother Joey (Jamie Bell) in order to disorient and distract the corrections officers guarding him during their father’s funeral. A few days later he is standing on a ledge outside the famed Roosevelt Hotel speaking with NYPD negotiator Lydia Spencer (Elizabeth Banks), proclaiming she is the only one who can help him prove his innocence otherwise he’s going to dive head-first onto the pavement below. 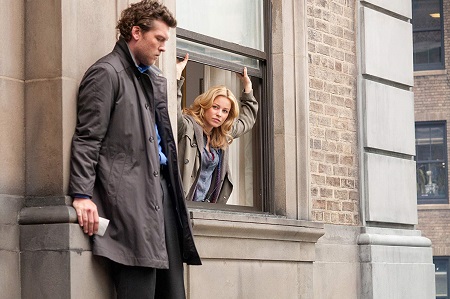 Lydia’s co-negotiator Jack Dougherty (Edward Burns) doesn’t believe she is up to the task, sure she’ll let this burnt-out former cop get the better of her. Meanwhile, Nick’s former partner Mike Ackerman (Anthony Mackie) is bizarrely eager to be a part of the case, too, doing his best to worm his way into the room and onto the ledge even though no one involved with this negotiation wants him there. Most intriguingly, Manhattan real estate magnate and owner of the Roosevelt David Englander (Ed Harris) is keenly interested in getting Cassidy off his ledge, preferably without a pulse, the pair’s last encounter full of secrets he’d rather not have see the light of day.

There’s a lot going on in Man on a Ledge, even more than what I’m hinting at in that brief synopsis, Pablo F. Fenjves’ script filled with more twists and turns than you can shake a stick at. But for all of its puzzles, for all of its red herrings, for as hard as it tries to keep the audience at a loss, the movie really is nothing more than a rather pedestrian B-movie, and figuring out where things are going and what the outcome is going to be isn’t difficult.

Director Asger Leth (Ghosts of Cité Soleil) does his best. He has cast things so well and keeps the pace moving with such giddy enthusiasm this silly, over-the-top mess is kind of hard to completely dislike. The first half is a hoot, Worthington, Bell and everyone else having such a grand time playing with expectations their collective gusto kind of becomes infectious. The movie plays like some weird distaff cinematic cousin of “Prison Break” meets “White Collar,” fans of both television shows almost certain to have a heck of a time watching large portions of this. 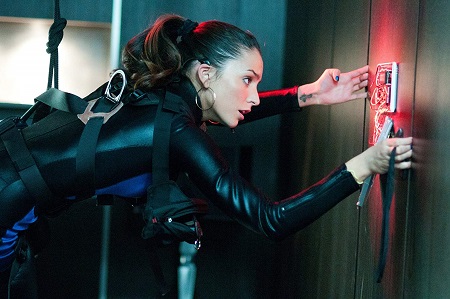 But the last third is a bona fide mess, idiocies hidden inside of the script building beyond the breaking point and leading to a climax that would have been better served to have been left on the cutting room floor. Allusions to Dog Day Afternoon are cute, and Worthington certainly gives it his all, but the head-scratching third act theatrics are just too foolish and idiotic to be believed, undermining all the goodwill the first half had engendered leading me to shake my head in moderate disappointment as to how it all was so colossally falling apart.

There’s not a lot more to add, mainly because Man on a Ledge doesn’t warrant an in-depth discussion of any kind whatsoever. Documentarian Leth shows promise as a narrative filmmaker, and there is certainly plenty of energy and style to spare going on here. But the movie is just too silly and full of itself to be taken seriously, and even for a potential guilty pleasure this thriller simply doesn’t get the job done. This action-thriller falls flat on its face, leaving a bruised and battered mess bleeding out clichés onto a bloody cinematic pavement that is going to be darn difficult to wipe clean anytime soon. 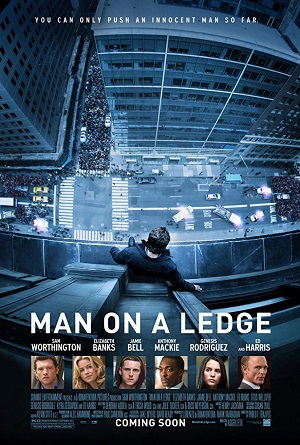