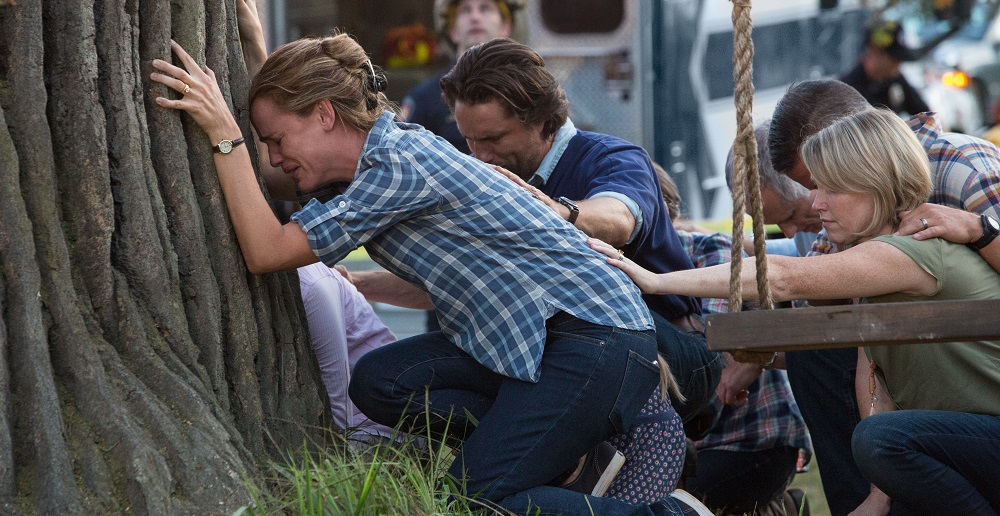 Supercilious Miracles Preaching to the Converted

Texan Christy Beam (Jennifer Garner) is frantic as it pertains to her middle daughter, 10-year-old Anna (Kylie Rogers). While her big sister Abbie (Brighton Sharbino) and little sister Adelynn (Courtney Fansler) appear to be in perfect health, the perpetually upbeat Anna is struck, seemingly out of the blue, with a rare disorder that keeps her from digesting food. In constant pain, her belly bloating, Christy and her veterinarian husband Kevin (Martin Henderson) are unsure of what the best course of action might be. 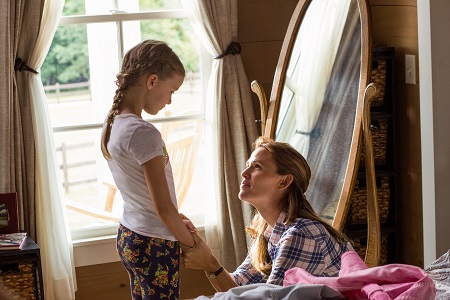 Ultimately, the family is told to go to Boston’s Children’s Hospital and meet with specialist Dr. Nurko (Eugenio Derbez), the physician the leading voice as it pertains to this particular neurophysiological disorder. But even he is baffled as to what to do for his newest charge, attempting every procedure he can think of in order to ease Anna’s pain. Christy is crumbling, the formerly devout Christian slowly losing her faith as her child’s health spirals more and more out of control. Yet Anna remains unbowed, certain that God’s plans will be revealed, even if that means he’s going to soon be calling her to sit by his side in Heaven.

Another faith-based drama, this one shepherded to the screen by some of the same producers (T.D. Jakes, Joe Roth, Derrick Williams) who ushered Heaven Is for Real into theatres last April, Miracles from Heaven doesn’t go anywhere or do a single thing that’s surprising. What is a little unexpected, for at least the first half of its 109-minute running time, is that the film isn’t half-bad. Randy Brown’s (Trouble with the Curve) screenplay, based on Christy Beam’s book of the same name, is remarkably even-handed and less didactic than anticipated, young Rogers is perkily sublime in the central role and Garner proves once again she’s a supremely underrated actor deserving of better, less superficial roles, than the majority of those she is typically offered. I was also caught a little off guard by how nicely, and how free of artifice or condescending contempt, the core medical sequences were depicted, the scenes revolving around Boston’s Children’s Hospital and Dr. Nurko shockingly authentic.

All of that is good, until it frustratingly, annoyingly, disappointingly, is not, Brown and director Patricia Riggen (The 33, Girl in Progress) succumbing to base melodramatic tendencies that are as patronizing and artificial as they are obnoxious and off-putting. Quickly, almost on a dime, the film pivots from this steady, unbiased approach where it analyzes religion and faith in ways that, while coming from a distinct, Christian Conservative point of view, feel welcoming and universal to instead slap the viewer across the face with its dogmatic didacticism. The preaching becomes unendurable. Worse, it feels treacle-ridden and false, obliterating any goodwill I was feeling towards the narrative as it thundered its way to a hideously overwrought conclusion that had me rolling my eyes in disbelief. 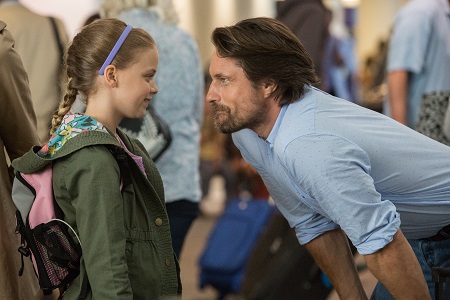 The problems start long before little Anna inches closer to the miracle hinted at in the film’s title. There’s a sequence in a hospital room between her and another little girl, this one fighting against cancer, that while nicely acted by both child actors suggests things are about to inch off the rails. This feeling gets more substantive a few moments later in a scene between Garner and Wayne Pére, portraying the kid’s grief-stricken father, that’s so on-the-nose it’s almost laughable. Throw in a series of supercilious montages scored to a schmaltzy Christian Rock song and things begin their inevitable transformation into mediocrity, wasting a superb Garner and a wonderful Rogers in the process.

For the converted, I’m guessing none of what I’m saying will matter. They adored Heaven Is for Real last year while also transformed odious pieces of fundamentalist claptrap like God’s Not Dead, Fireproof and Courageous into moderate-sized hits. But, for a movie that was playing to everyone, to all audiences, to all viewers no matter what their background or faith, to have it suddenly blatantly preach to the converted and to the converted alone is a missed opportunity of massive proportions, making watching Miracles from Heaven at all a serious waste of time. 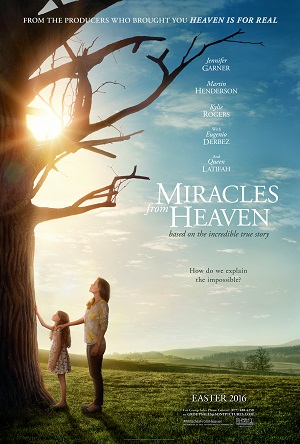