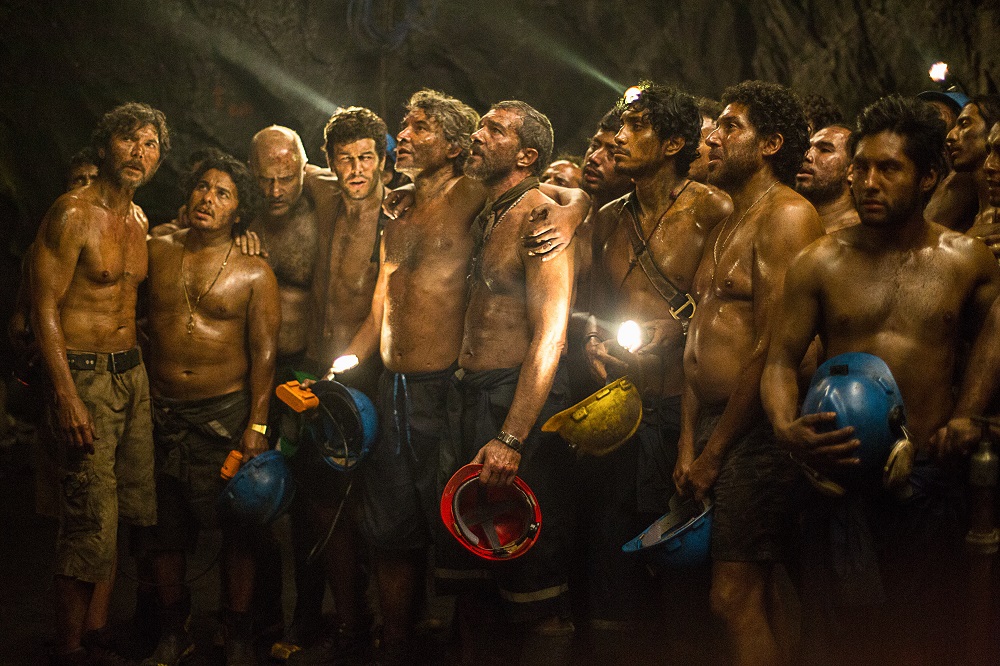 Inspirational 33 an Uneven Story of Survival

The entire world knows the story of the 33 Chilean miners who, after 69 days trapped underground in a collapsed mine, emerged from out of the earth on October 13, 2010. Everyone watched in rapt fascination as, one-by-one, they came up from out of the ground, met by the cheers of their worried families and given a hero’s welcome as they were draped in their country’s flag. It was a stunning, life-affirming moment, showcasing the power of the human spirit and the depth and breadth of world-wide initiative in a way bordering on the supernatural. 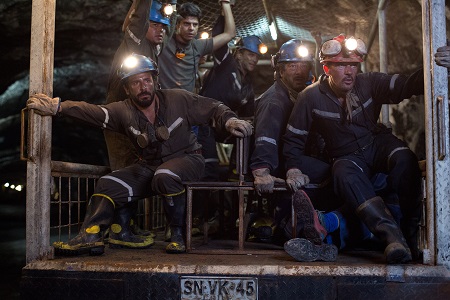 Based on Hector Tobar’s best-selling book Deep Dark Down, the new inspirational drama The 33 is a big studio, internationally cast epic that attempts to tell this story both from the perspective of the miners as well as those tirelessly working on the surface trying to rescue them. With a screen story worked out by Jose Rivera (The Motorcycle Diaries) and a script credited to three writers, Mikko Alanne (5 Days of War), Craig Borten (Dallas Buyers Club) and Michael Thomas (Ladyhawke), the movie waffles between amazing and annoying, never finding common ground between the two. As such it fails to live up to its potential, rarely becoming the celebration of grit, determination and ingenuity that it so obviously wants to be.

But it isn’t a total loss. Far from it. The stuff down within the mine is glorious, achieving a level of graceful, emotion-fueled tension that’s palpable even though the outcome for the trapped miners is never in doubt. Antonio Banderas and Lou Diamond Phillips are the two most identifiable faces (although many who fill up the remainder of this faction of the ensemble will be recognizable to fans of international cinema), both doing a fine job in their respective roles. The former, in particular, gives a stupendous performance as Mario Sepúlveda, the man who for a variety reasons become the figurehead for the group once communication had finally been established. Same time, I do not want to shortchange Phillips, the Hollywood veteran not exactly given a lot of plum roles in the decades since La Bamba, Stand and Deliver and Young Guns made their respective marks so to say he makes the most of what is offered him here is a decided understatement.

It’s the other half of the movie where the issues lie, everything with the families, the government officials and the engineers tasked with getting the trapped me to safety a melodramatic slog that’s amazingly difficult to deal with. Some of the actors, most notably Rodrigo Santoro, as a Chilean bigwig intent on producing a miracle, and Gabriel Byrne, as a veteran engineer who slowly but surely becomes obsessed with doing the impossible, rise to the challenge. Others, like an oddly cast Juliette Binoche, as the empanada-selling big sister of one of the miners, and Bob Gunton, as Chilean President Piñera, don’t do near as well, the script handing them contrived, horribly ill-conceived caricatures to play that they sadly do precious little of value with.

That screenplay is the problem. The stuff revolving around the rescue is hackneyed hokum, Hollywood cheese whiz that’s tired, impersonal and filled with false emotional beats bordering on insulting. Director Patricia Riggen (Girl in Progress) does what she can but there’s not a lot of room for her to navigate, these conversations following such a corny, worn-out path I’m not sure they could have been saved no matter what. It’s oddly unpleasant, spending time with the families and with the rescue workers, and even actresses as talented as Adriana Barraza, Kate del Castillo, Elizabeth De Razzo and Naomi Scott can do little to make things better. 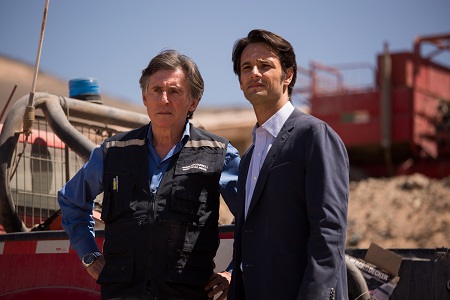 Thankfully, the stuff in the mine is wonderful. Riggen appears to be energized by these sequences. She and cinematographer Checco Varese (Prom Night) come up with visual compositions that both mirror the deteriorating physical and mental condition of the miners while also augmenting the ethereal, otherworldly beauty of the perilous underworld they find themselves trapped within. There is suspense during these moments, there is tension, but, more than that, there is humanity, the way in which these men learn to communicate one with the other heartfelt and honest in ways the stuff above ground never is.

It is for these reasons I find myself willing to cut The 33 all kinds of slack. While the elements that do not work frustrate, the stuff revolving around those who truly deserve to be labeled as heroes thankfully never does. Their story has weight, it has meaning, and with everything pulsating to the delicate, emotionally pure refrains of late composer James Horner’s (Southpaw, Titanic) final score the miners’ collective triumph ends up being a rousing celebration of all that’s good and decent in this world I could not help but be moved by. 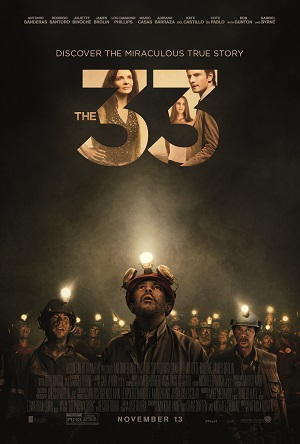