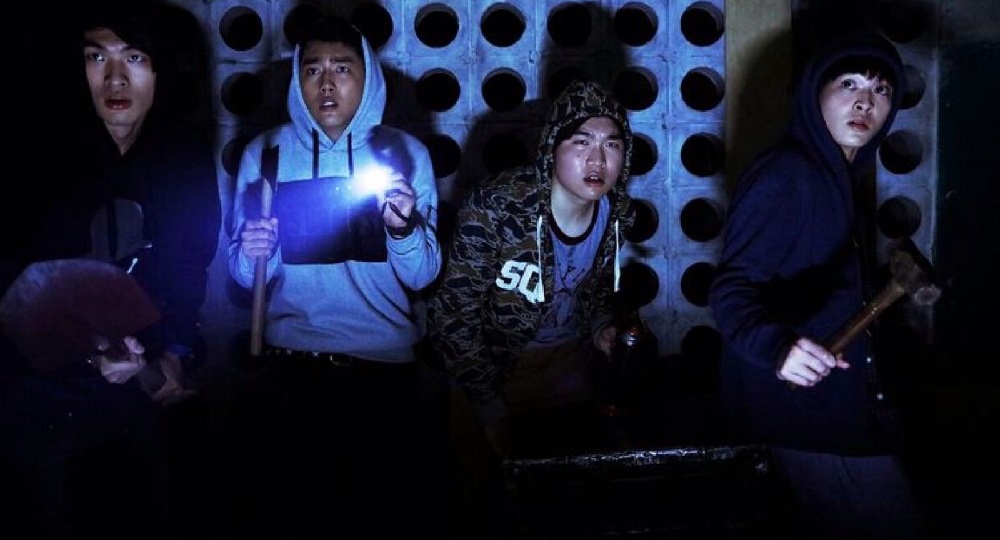 While on a community service detail in a rundown apartment building, a quartet of teenagers discover a pair of bloodsucking vampiric ghouls living in the basement. They manage to capture the younger of the two and take the creature back to their hideout to run a series of devilish experiments upon it. Only the caring Lin Shu-wei (Deng Yu-kai) seems to know this is wrong, wondering if he should let the creature free to return to its even more lethal sister instead of allowing it to keep being tortured by his fellow uncaring classmates.

I want to say I liked Taiwanese filmmaker Giddens Ko’s metaphorical creature-feature Mon Mon Mon Monsters! more than a sadly do. I want to claim that I feel like all his satirical and observational points about society’s various ills are more witty, profound and prescient than they actually are. I want to say that his film’s imaginative gore effects and inventively abhorrent creature designs make his motion picture worth watching all by themselves.

Unfortunately, this is not the case. This gruesome little import left me strangely cold bordering on upset, the relentless nastiness of practically its entire cast making it impossible to care about the outcome. There is nothing subtle about what Ko is doing, his blurring of the line between who is and who is not an actual monster hardly shocking or innovative. By the time the film reaches its requisite fiery conclusion I’d come close to losing all interest in what was going to happen next and if any of the cast was going to make it to the end alive. None of it mattered, and because of that Lin Shu-wei’s blossoming moral quandary barely registered with me in any sort of meaningful way.

Yu-kai does deliver a reasonably strong performance, Kent Tsai certainly knows how to ooze belligerent menace as primary bully and main human bad guy Tuan Ren-hao. I also liked the genuine familial connection that existed between the two monsters, and even though the spend the majority of the movie apart their continued devotion for one another was never a question mark. There are also some masterful gore bits I couldn’t help but love, a shocking incident during a high school basketball game involving a not-so-caring teacher catching me almost entirely by surprise.

Not that any of this sadly ended up mattering all that much. The unrestrained nihilism of the climax coupled with the bleakly depressive nature of the epilogue made me slightly angry, and while I appreciated where Ko was trying to take things and the more expansive societal points he was trying to make, the overall lack of subtlety was so didactically assaultive they frustratingly barely registered. Mon Mon Mon Monsters! has some good ideas (and even better creatures), but watching it start to finish is far more difficult than it has any right to be, the whole thing ultimately a blood-drenched misfire I could have cared less about.

There are no extras (unless you count a 30-day free trial of Shudder as a bonus feature) included with this release.

There is nothing subtle about Mon Mon Mon Monsters! other than maybe Deng Yu-kai’s performance as the bullied protagonist who finds himself standing between a bloodsucking ghoul and a murderous teenage sociopath. But while the gore is inventive and the creatures are pretty cool, I found this Taiwanese import to be too depressing and too one-note for my taste. It didn’t do a lot for me, and considering the lack of any special features I imagine only die-hard fans are going to be wanting to pick this release up for their personal collections. 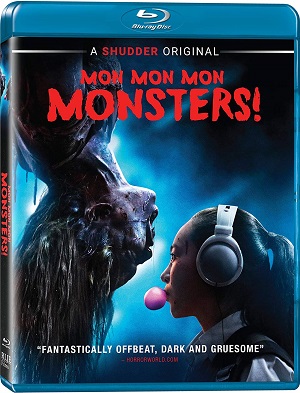