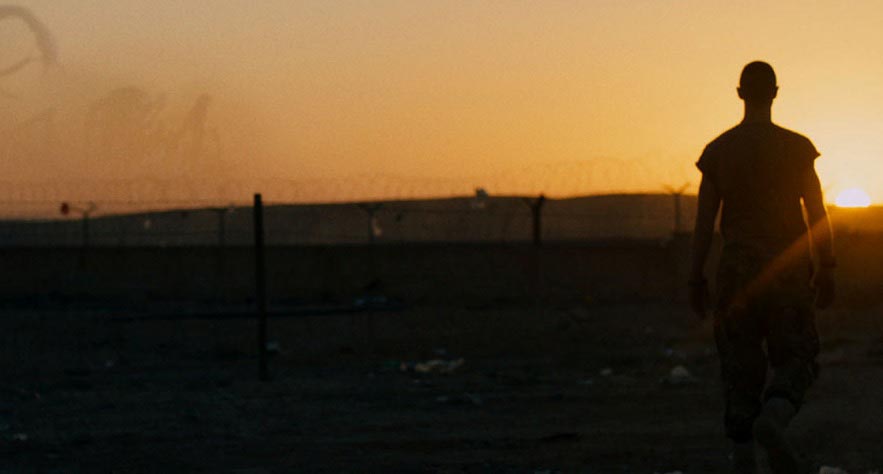 It’s very likely there will be plenty of people who feel like they’ve been deceived as they walk out of a screening of Monsters: Dark Continent. They would not be wrong. Marketed mostly as a soldiers versus massive alien intruders sci-fi exercise in action and terror, this sequel to the 2010 cult favorite Monsters (written and directed by future Godzilla impresario Gareth Edwards) is in reality anything but. New director and co-writer Tom Green (known for the oddball BBC series “Misfits”), working alongside writer Jay Basu (Song of Songs), hasn’t so much crafted a man vs. monster creature-feature so much as he has engineered a not-so-subtle commentary on continued American military involvement in the Middle East, and as such those expecting otherwise will be in for a shock.

Personally, I’m perfectly okay with this. People seem to forget Edwards’ film wasn’t exactly about the titular creatures, either, instead more interested in the interpersonal struggle between a photojournalist (played by Scoot McNairy, returning here as an executive producer) and a debutante (Whitney Able) as they made their way across a Central American ‘Infected Zone’ in an attempt to return to the United States and supposed safety. Sure, the aliens make an impression, and it isn’t like they weren’t always lurking somewhere around the periphery to change the stakes and upset the status quo. But, in the end at least, the movie never really was about them and instead was entirely concerned with the evolution and transformation of its two human elements, allowing for a more profound and long-lasting emotion attachment that never would have been possible, otherwise.

While not rising to the same heights as Edwards’ effort, Green’s sequel is still a journey into the unknown, looking at the day-to-day struggles of average grunt soldiers forced into a world they barely comprehend let alone feel capable of defending. The film is in many ways an attempt to transpose Full Metal Jacket or Black Hawk Down levels of realism into what initially appears to be nothing more than a B-grade riff on elements drawn from science fiction stalwarts as diverse as Jurassic Park, War of the Worlds and “The Twilight Zone,” and for my part at least I found this particular meshing of genres and ideas continually fascinating.

Fascinating, if still decidedly heavy-handed and obvious. The messaging Green and Basu are imparting is hardly novel, their story focusing on a platoon of grunts made up of Detroit natives who enlist, not because they’re eager to go fight monsters, but because heading out to the desert is better than dealing with crack addicts and illiterate reprobates on the streets of one of America’s poorest major cities. Led me the gung-ho Michael (Sam Keeley), this gaggle of close-knit friends sees their nihilistic, misogynistic tough guy worldview upended entirely by the actual horrors of war, legions of Arab insurgents going after their platoon in response to the military’s bombing of the creatures not caring if civilians are caught inside the blast zone.

Pulling more from recent Middle East procedurals like Kathryn Bigelow’s The Hurt Locker and Zero Dark Thirty than it does anything else (with a healthy dollop of Lone Survivor tossed in for good measure), very little of the movie is actually focused on how humanity interacts or relates to the alien monsters themselves. While there are some startlingly effective moments where these examinations do take place, not the least of which is a shocking dog fighting sequence involving a canine and one of the smaller creatures, as well as a glorious nighttime side journey deep in the heart of the desert where one of the gigantic invaders releases phosphorescent spores into the sky, overall the filmmakers just aren’t concerned with this particular dynamic. This is a story about young men sent to war forced to fight for reasons they can’t begin to understand, the ramifications of no clear strategy by the powers that be sending the majority of them to an ignominious death that’s tragic and pointless, both at the exact same time.

Again, I was okay with this, but I totally understand how others will be let down and disappointed. For my part, I think Green and Basu stage their various sequences of attack, fight, evade, capture and escape nicely, never falling back from the horrors at hand. They paint a very clean picture of warfare and its consequences, and while nothing they’re saying adds anything new to the conversation that doesn’t dilute the points being made one little bit. Also, from a purely visual standpoint the film is undeniably dynamic, cinematographer Christopher Ross (Black Sea) doing a terrific job giving energy and life to the proceedings throughout.

If this series does indeed keep going, I’d love it if the next one does actually focus on the monsters themselves and how humanity interacts and evolves alongside of them; that almost goes without saying. At the same time, I do think Green and Basu, as obvious as their sermonizing about the current situation in Afghanistan and the rest of the Middle East might be, have still constructed a worthy sequel to Edwards’ debut in Monsters: Dark Continent. I like their grit, respond to their determination, and while not even close to perfect their foray into combat and its disastrous repercussions has more than enough merit to make it worthy of a look. 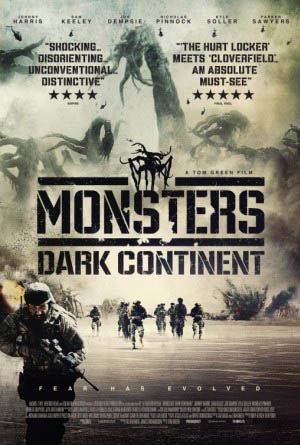