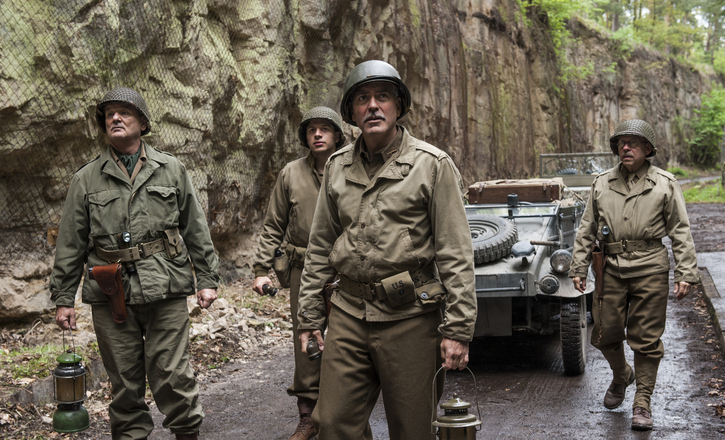 George Clooney’s latest directorial effort The Monuments Men is both too much and too little both at the exact same time. The film is an episodic endeavor attempting to tell a story much larger and more fragmented than its 118 minute running time allows to be easily processed. At the same time, there is sadly little in the way of depth, and as streamlined as Clooney and frequent collaborator Grant Heslov try to make things they rarely allow any of the events or the characters to stand out in ways that could be construed as anything close to memorable.

And yet, I cannot dismiss The Monuments Men out of hand. There are some striking moments, beautifully constructed vignettes that have a mesmeric glory I blissfully adored. Intimately nuanced scenes between Bill Murray and Bob Balaban have an immediacy that caught me entirely off guard, while Cate Blanchett delivers a sizzling intensity to her few moments bringing forth the ideas and themes of the film beautifully. More, Clooney and Heslov tell a story sadly few know a darn thing about, to my mind John Frankenheimer’s ferociously thrilling classic The Train with Burt Lancaster the only film I can recall that covers even somewhat similar territory. 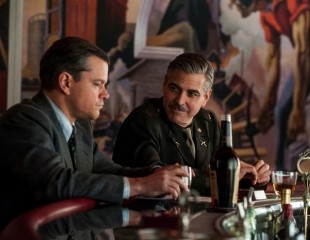 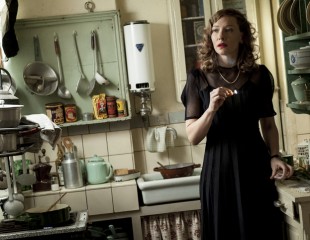 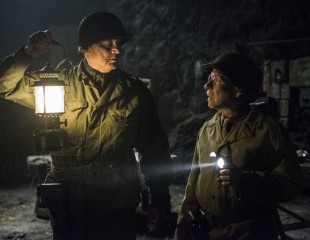 The events in Europe surrounding WWII are coming to a head. It is clear that American involvement has given the Allies an almost unstoppable edge, the D-Day invasion bloody, hard-won proof of just that. But at what cost? Frank Stokes (Clooney) can’t help but worry that centuries of European culture is being lost, wanton destruction putting masterworks like The Last Supper in jeopardy wiping out artistic, architectural and historical achievements an unforeseen byproduct of modern warfare.

Thus, thanks to the urging of President Roosevelt, “The Monuments Men” are born, a team of museum curators, historians, architects and others who, even knowing the dangers they would be facing, volunteered to go behind enemy lines and try to figure out where Hitler’s forces were hiding incalculable hordes of priceless artworks as well as label buildings and sites of significance to hopefully be spared from Allied bombardment. Stokes’ team is made up of an eclectic mix from across the globe, he and best friend James Granger (Matt Damon) leading them on an adventure not all are expected to survive.

It’s a sprawling tale, and when you consider there were actually teams of Monuments Men scattered throughout the European front and not just one small unit traveling here and there that inherently makes the story even more incredible. At the same time, it also makes the job Clooney and Heslov, inspired by the best-selling book by Robert M. Edsel with Bret Witter, attempt all the more difficult. They are forced to split up their ragtag group relatively early on making the camaraderie and friendship that supposedly exists between them nebulous and ephemeral, and if not for the cast’s collective strengths it’s doubtful any would have developed between them whatsoever.

The best bits involve Murray and Balaban, the pair given orders to go investigate reported thefts by German soldiers even though some sort of feud exists making their spending time together less than comfortable. While that past is never discussed, while the pieces that separate them are never locked together, both actors do a superb job of making their characters come alive in rather significant ways, fleshing out past and present marvelously allowing for sublime moments of emotional depth I was thoroughly captivated by.

On the other end of the spectrum, sadly John Goodman and Jean Dujardin do not fare near as well, and while both actors do what they can Clooney and Heslov’s script doesn’t allow either to blossom in anywhere close to the same fashion as it oftentimes does their costars. They’re trapped in some of the more leaden and uninteresting portions of the film, and even when unforeseen tragedy strikes it does so in a way that is oddly impersonal and thus not near as affecting as it potentially might have been.

It does not help that the film frequently slows to a crawl thanks to some rather leaden and obvious voiceovers where Stokes is forced to explain what is currently going on and what it is he and his unit are now collectively thinking and/or feeling. This speechifying gets old rather quickly, and while some of what he says is admittedly interesting, even at times profound, these moments also have the effect of stalling out the proceedings to such an extent staying focused on what’s transpiring without getting bored is regrettably difficult.

Blanchett’s character, French museum administrator Claire Simone, is a variation on the same woman who briefly appears in The Train (named Mlle Villard there), both of them based on a real member of the French Resistance who supplied the actual Monuments Men with much of their intel. While some of the scenes with her border on silly (there’s an absurd sequence where a German officer madly shoots a pistol in her direction while she just stands there stone-faced like some ultra-feminine Rambo), the actress gives her so much gravitas, imbues her with so much emotional intensity, taking my eyes off of her was impossible. She’s terrific in ways so much of the rest of movie is not, the Oscar-winning veteran rising to the occasion so completely I’d almost be curious to see a spin-off motion picture or miniseries revolving entirely around her.

All the same, as a whole The Monuments Men does not work. It’s too all over the map, too unfocused, Clooney and Heslov engineering shifts in tone and focus that all too often uncomfortably call attention to themselves in ways I found increasingly distracting. Maybe I’ll feel differently when I get around to watching the film again (something I will in fact do) but for right now I can’t help but label this anything other than a moderately intriguing disappointment, it’s strengths not near strong enough to make up for its more frustrating shortcomings. 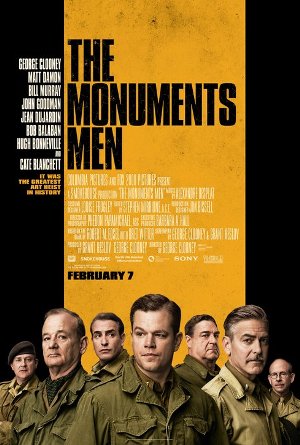