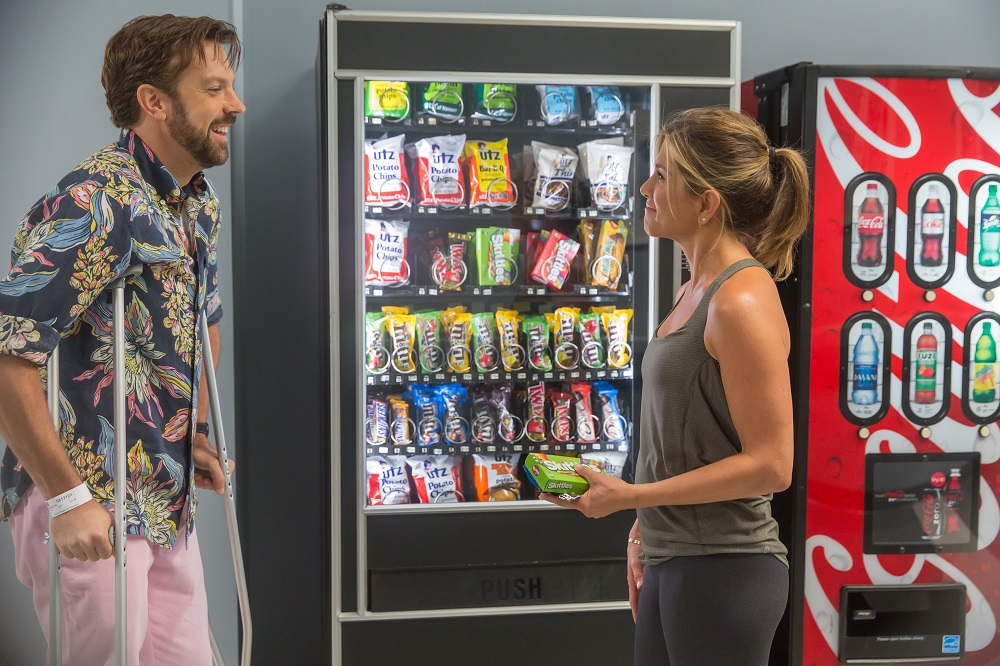 I’ve seen worse movies than Mother’s Day in my life. Heck, I’ve seen worse-made movies this year (I’m looking at you, execrable animated throwaway Norm of the North). But I have seen few movies that have made me as angry as veteran director Garry Marshall’s (Pretty Woman, Beaches) latest star-studded endeavor. I’ve seen even fewer that do not just waste their talented casts, but also make me feel a decidedly upsetting combination of embarrassment and sorrow for every single one of them. Make no mistake, this film is an absolute abomination, and as such should be avoided at all costs. 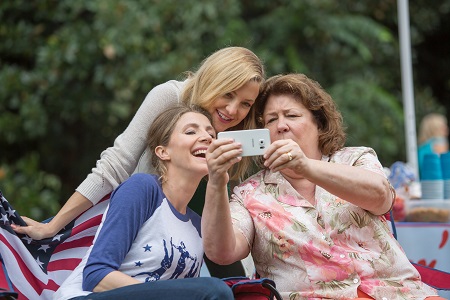 There is also new mother Kristin (Britt Robertson), unable to say yes to any of her boyfriend Zack’s (Jack Whitehall) heartfelt proposals due to an inability to make a lasting commitment in large part due to being given up for adoption by her birth mom as an infant. She’s doing better than single dad and gym owner Bradley (Jason Sudeikis), however, the former Marine and father of two girls still reeling from the death of his wife (Jennifer Garner, in a cameo) two years prior. Meanwhile, lurking in the shadows at the periphery of all of this is Home Shopping Network personality Miranda (Julia Roberts), the style icon finding herself more connected to these seemingly disparate individuals and their litany of problems than a passing glance might initially lead one to believe.

It’s actually pretty basic, and, in all honesty, should be fairly harmless, Marshall attempting to generate a casual sitcom atmosphere that, on the surface at least, shouldn’t generate anything that would come across as irksome. But the scenario concocted for this misbegotten disaster, credited to a number of individuals, many of whom are actors making the leap to screenwriting, none of whom I care to list, is not-so-silently deadly, stranding its talented cast in a series of misbegotten adventures the less said about the better. Not only is the movie aggressively dumb, it’s also shamefully offensive, going places and saying things in a pursuit of being timely and edgy only to take a left turn into mystifying mediocrity instead.

What do I mean? Flo and Earl are racist and homophobic, but that’s okay because they’re also colorful Bud Lite-swilling caricatures designed to be made fun of. Also, they’re portrayed by friendly, larger-than-life actors Martindale and Pine, so they’re obviously in on the joke, so it’s not like the viewer should take any of what they say seriously. Problem is, what they say has no bite to it, no darkly satirical subtext that could give their slurs context or meaning. Instead, it’s just shock value for the sake of shock value, making their eventual acceptance and understanding (mainly because they want to love their grandchildren, natch) not just silly, but almost even more offensive than everything they’ve been ignorantly screaming out loud for the majority of their limited screen time. 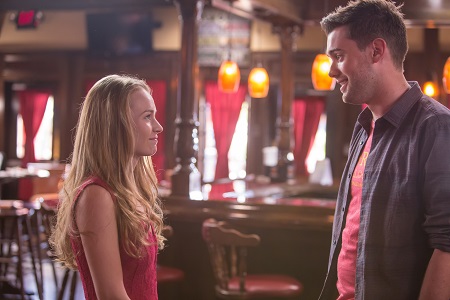 But it goes beyond just that. Russell has a colorful mother! None of the old people know how to use Skype! Bradley’s gym has a stripper pole! The Lesbians make a giant pink uterus float for the local Mother’s Day parade! Zack does standup comedy at a local bar holding his cute-as-a-button baby! Miranda isn’t a cold-hearted witch and instead only wanted to be a mother but settled for a career! Sandy is so obsessed over her ex she’s willing to make a fool of herself at every opportunity! There’s an impromptu wedding in a bar! A dad shows he’s cool and modern by doing hip-hop karaoke wearing pink pants! Hector Elizondo pops up to deliver a handful of monologues brimming over with fatherly understanding!

That latter item isn’t too terrible, if only because Elizondo has been in every single film Marshall has ever made and he’s actually pretty terrific at doing this sort of thing. But who cares? This is a movie that sets itself up to be all about female empowerment and yet is so sexist in its depictions of motherhood it might as well have been made in the 1950s (even with the Lesbian and interracial content). It panders to the audience and looks down on its characters in ways that are nonsensically asinine, a trait that grows increasingly irksome as events progress. Worst of all, all of the actresses, most noticeably Hudson and Aniston, try to deliver compelling performances, swimming upstream against a pedestrian piece of pabulum that is seemingly intent on sabotaging their efforts at every turn. Mother’s Day isn’t just bad, it’s an unforgivable blot on the cinematic landscape, and forgive me if I just try to go to my personal happy place and do my best to imagine that it doesn’t even exist in the first place. 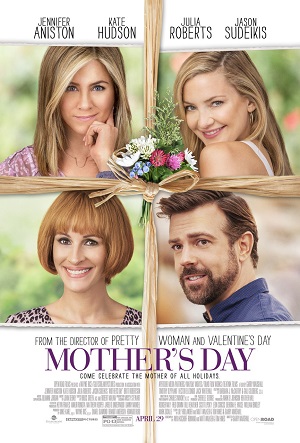