“I’ve decided to write the story down; as it was, not as John made it. Get it right, before I die.” 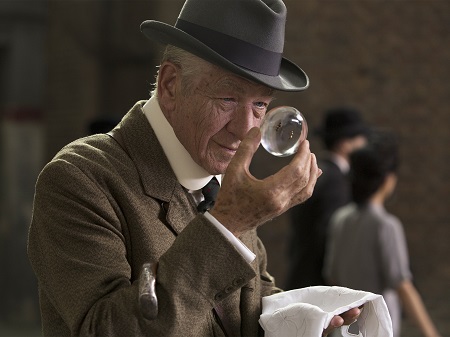 “It is 1947. The war has come to an end and retired, yet still legendary, detective Sherlock Holmes (Ian McKellen) has returned from a brief trip to Japan to his secluded coastal farmhouse in the English countryside. Content to live out his few remaining days tending to his bees alongside housekeeper Mrs. Munro (Laura Linney) and her inquisitive son Roger (Milo Parker), the 93-year-old wants for nothing save to be left alone. 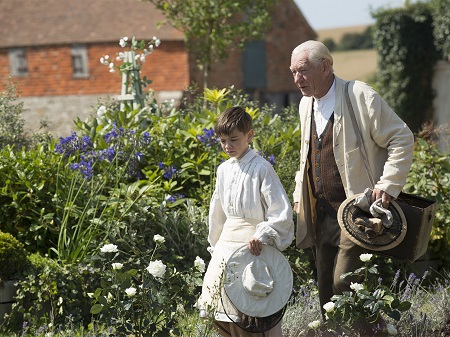 Beautifully shot by Tobias A. Schliessler (Lone Survivor), gloriously scored by Cater Burwell (Fargo), Condon’s dip inside Sir Arthur Conan Doyle’s playground is as technically stupendous as it is anything else, the director leaving precious little to chance as he brings this story to its close. But, as is proper where it comes to the great detective, the focus is on the character himself all the way until the final page is turned, Mr. Holmes a study in truth that isn’t afraid of a handful of heartfelt lies.”

Mr. Holmes holds up beautifully on repeat viewing. Additionally, it cements in my mind that both McKellan and Linney give two of 2015’s best performances, and even if Oscar (probably) won’t recognize them as such that doesn’t make what they accomplish here any less extraordinary. This is a terrific motion picture, one I know I’ll enjoy again and again each time I revisit it.

Mr. Holmes: The Icon (2:21) – Way too brief featurette looking at the history of Sir Arthur Conan Doyle’s most enduring character.

Mr. Holmes: The Story (2:49) – Another freakishly short featurette looking at the source material and how the filmmakers set about adapting it.

Mr. Holmes is one of the better films I’ve seen this year. More, it is arguably the best motion pictures director Bill Condon has ever been a part of, and that includes his prior collaboration with actor Ian McKellen the Academy Award-winning Gods and Monsters. Lionsgate’s Blu-ray presentation, while lacking special features, is still quite strong overall, and as such ends up being a disc that’s exceedingly easy to recommend. 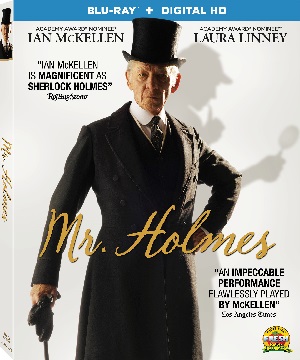