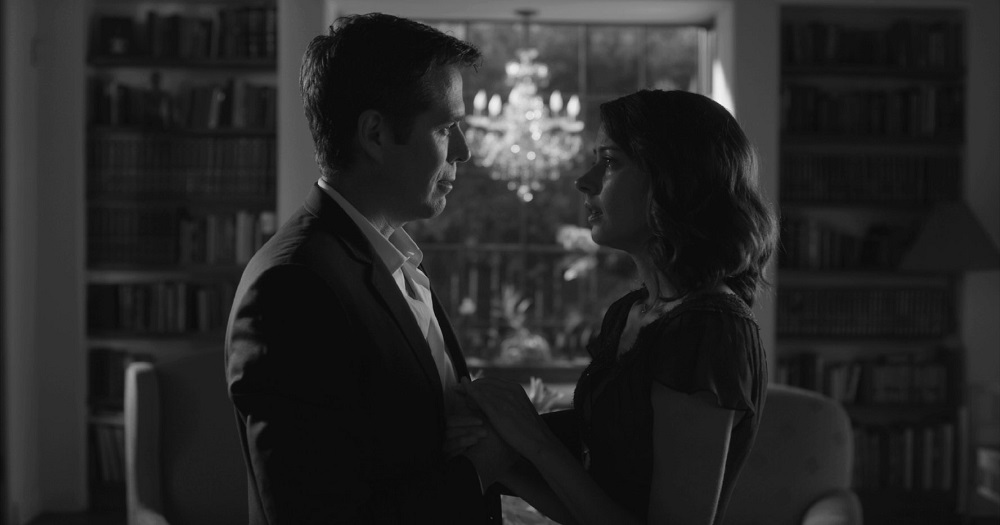 Whedon’s Shakespeare Experiment Nothing to Scoff At

Joss Whedon, taking a break from the pressures of directing The Avengers, called together many of his irregular regulars from his days running “Buffy the Vampire Slayer,” “Angel,” “Firefly” and “Dollhouse” and pitched the idea of shooting a film inside his own home over a 12-day period. They would be tackling William Shakespeare’s Much Ado About Nothing, the group seeing what they could come up with, all of them engaging in an exercise of pure creative spontaneity. Would it be completed? Would anyone ever see it? Would they want to? These weren’t questions the group chose to ponder, instead choosing to throw themselves headfirst into the text in an attempt to deliver a finished product all would be able to take pride in no matter what the eventual outcome. 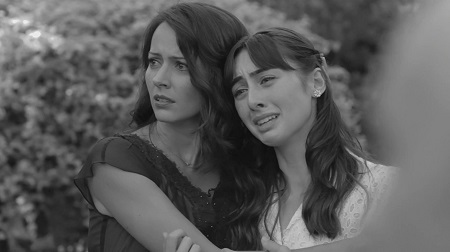 What happened next is some sort of Hollywood miracle, Whedon and company taking their little film to the 2012 Toronto Film Festival, leaving with glowing reviews, audience applause and an eager distributor (Roadside Attractions) excited about delivering their B&W opus to mass audiences smack-dab in the middle of the summer silly season. Better, the adaptation itself is actually worthy of all this fuss, their version of the Shakespeare classic a festive, romantically ebullient ride that after my initial viewing left me giddy in breathless enthusiasm. This movie is a riotous lark I found impossible to resist, and as such it’s an out of left field winner deserving of becoming a word-of-mouth hit.

Updated to the modern day, Whedon has streamlined this comedy of romantic missed opportunity, innuendo, subterfuge and courage in a way that is fresh, vital and alive. It’s a jazzy, energetic romp, and while the central conceit is as familiar as ever, the way it is presented feels anything but routine. The director, who also composed the music and helped write the songs, goes out of his way to keep the audience on their toes, and while the destination itself is never in doubt getting there is a frothy joy I didn’t want to see come to an end.

The story remains timeless. Don Pedro (Reed Diamond) has returned from a victorious campaign against his upstart brother Don John (Sean Maher), who they have captured, he and his men taking respite at the home of his good friend Leonato (Clark Gregg), the governor of Messina. While there, one of his young lieutenants, Claudio (Fran Kranz), falls in love with Leonato’s beautiful daughter Hero (Jillian Morgese). At the same time, his older and most trusted comrade-in-arms Benedick (Alexis Denisof) verbally spars with the governor’s niece Beatrice (Amy Acker), the pair’s apparent discontent with one another known by all, even if the reasons for its existence remains a mystery.

Claudio and Hero will be set to marry. Don Pedro, Leonato and their respective households will all conspire to trick Benedick and Beatrice to admit they love one another. Don John will use any and all means necessary to destroy the coming nuptials and make his brother look like a fool. Everything careens this way and that, always on the precipice of spiraling out of control, Whedon constantly pulling things back to Shakespeare’s text with a commanding confidence that’s inspiring.

Is it slight? I’m not sure how in some ways it couldn’t be. Are there some ragged, haphazard elements that bring the rushed shooting schedule and the on-the-fly nature of the project into greater focus than the director or his team likely intend? Without a doubt, but these shaggy-eared elements only add to the giddily exultant excitement, thus heightening the romantic intentions of the various couples to an even higher pitch. Do parts of it just not work? Sadly yes, but the majority of those instances have more to do with the play itself than with actual execution on the part of the director or the actors, characters like the bumbling sheriff Dogberry (played with notable self-effacing gusto by Nathan Fillion) not exactly Shakespeare’s strongest creations as far as I’ve always been concerned. 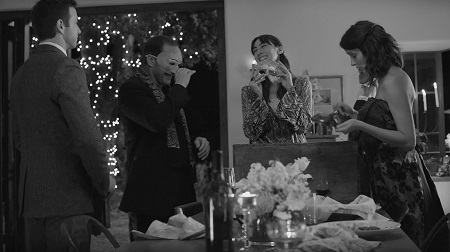 Even so, the cast acquits itself beautifully, Gregg (whom Whedon worked with on The Avengers and is now staring for him on “Agents of S.H.I.E.L.D.”), Reed (who starred in “Dollhouse”) and newcomer Morgese particularly so. But in the end this is a showcase for Denisof and especially Acker, the pair reuniting for the first time since “Angel” and in the process showers the screen in emotional fireworks that had numerous members of the audience I saw the film with openly swooning. These two ooze chemistry, twisting their way around Shakespeare’s prose with acrobatic dexterity. Acker is stunning, burrowing to depths that left me speechless. This is one of the best performances I’ve seen this year, and I have a feeling I’ll be waxing poetic about her work as Beatrice for some time to come.

To paraphrase a famous quip from Benedick, Much Ado About Nothing might in some circles be considered too low for a high praise, too brown for a fair praise and too little for a great praise. Personally, I would enthusiastically disagree. This movie is an astonishing creation overflowing in passion, energy, romance and humor. Whedon has done a glorious thing with this Shakespeare classic, and as summertime surprises are concerned, this ranks right up there with some of the best I’ve ever had the pleasure to see. 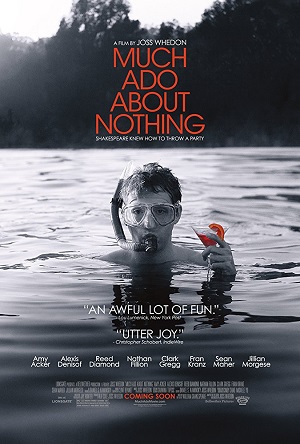