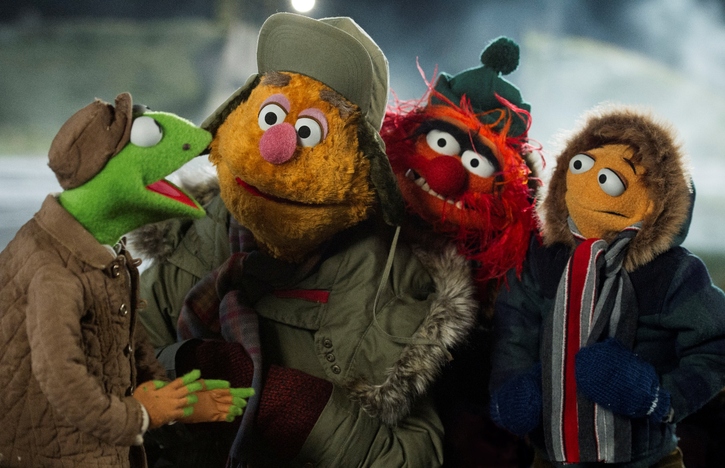 Kermit and Company Make a Most Wanted Return

Reviewing Muppets Most Wanted is kind of easy. Do you like movies involving The Muppets? Does their family-friendly irreverence make you smile? Does just the thought of Kermit the Frog and Miss Piggy in action get you to do unintended cartwheels? Do Fozzie the Bear’s jokes make you laugh even though they’re the worst in recorded history? Could you watch The Great Gonzo reenact Spain’s running of the bulls over and over and over and never grow tired of the vaudeville-style pratfalls?

If you’ve answered in the affirmative to even one of those questions, then seeing this sequel to 2011’s The Muppets isn’t so much foregone as it is a requirement. For everyone else? Well, there’s not a ton to say. You already have an opinion and a preference as far as how you like you family-centric entertainment. As wrong as your opinion might be (you had to know that was coming), I can’t proclaim your thoughts invalid; and with that in mind, you should probably stop reading this recap of Jim Henson‘s troupe of characters’ latest madcap adventure right here and now. 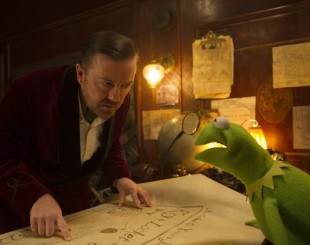 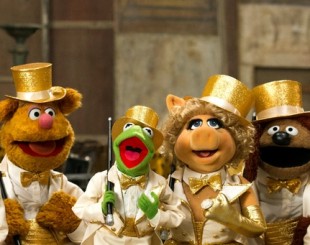 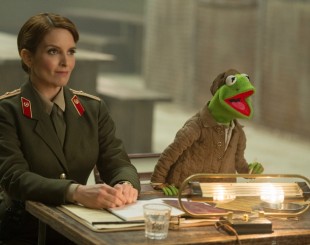 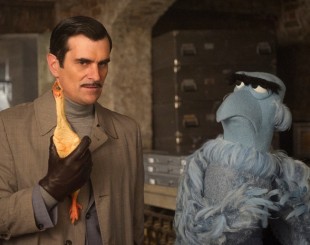 But for those of you who are Muppets fans, returning writer/director James Bobin and fellow screenwriter Nicholas Stoller continue on the same path they established with The Muppets, paying reverence to their characters’ treasured past while also charting a confident and self-assured course into their futures. The gags, songs and set pieces they’ve conceived are right in tune with what they came up with in regards to the last film, while at the same time could have easily fit in during any random episode of “The Muppet Show.”

All the same, if the 2011 effort was in most ways a thinly veiled remake/reimagining of 1979’s The Muppet Movie, Muppets Most Wanted, intentionally or not (and I can’t help but think it’s the former), is nothing more than a riff on ideas first imagined in 1981’s The Great Muppet Caper. Both films take the gang to Europe. Each finds them embroiled in an international mystery involving a jewel heist. The stories intertwine more than you might think, and while unlike The Great Muppet Caper this one truly is a continuation from the last effort (things starting immediately after the adventure in The Muppets comes to an end) otherwise their core elements are remarkably similar.

The plot, admittedly not that important, deals with a case of mistaken identity as criminal mastermind Constantine, a dead ringer for Kermit, escapes from a Siberian Gulag and trades places with the show-stopping amphibian in order to instigate a complex plan to steal Britain’s Crown Jewels. The basic bits revolve around Miss Piggy, Fozzie, Gonzo and the rest of the gang’s inability to tell the difference between their fearless leader and the evil baddie now in their midst as well as Kermit’s time behind bars back in a frozen Siberian wasteland. Songs are sung, sight gags are unleashed and a cavalcade of cameos are made (by the likes of Christoph Waltz, Salma Hayek, Stanley Tucci, Ray Liotta, Chloë Grace Moretz, Usher, Danny Trejo and a whole host of others), while at the same time Ricky Gervais, Tina Fey and Ty Burrell are tasked to anchor things as far as the human portions of the narrative are concerned.

There is some great stuff here. A musical set piece by Fey when Kermit is first brought to the Gulag is terrific, while a duet between Constantine and Gervais is filled with more than a few chuckles. There are a handful of solid sight gags, most of them involving a musical showcase performed by the grizzled Siberian inmates (A Chorus Line has never looked or sounded quite like this), while the in-movie commentary is as sparkling and as self-effacing (and self-reflective) as ever. I smiled and chuckled throughout, and as that’s the point I can’t say this sequel doesn’t accomplish what it sets out to do.

Could it have been better? Yes! The original songs are largely forgettable, none of them coming close to matching the ones from the last film (especially the Oscar-winning “Man or Muppet”). The plot noticeably drags at the most inopportune moments and the whole thing is too leisurely paced for its own good. Also, while Gervais is very good, neither Fey nor Burrell are given enough to do to make themselves standout like I kept hoping they would.

Much like The Great Muppet Caper was an obvious, if still pleasant, step down from The Muppet Movie, the exact same can be said about Muppets Most Wanted as it pertains to The Muppets. Yet it is readily apparent Bobin and Stoller’s affinity for these Muppets (as well as their reverence for all Jim Henson accomplished) is fairly large, and even if their sequel isn’t as good as their last joyride with the characters there’s still plenty to enjoy. It might not be easy being green, but falling in love with Kermit and his pals is as simple and as natural now as it has ever been, and unlike Waldorf (or, for that matter, Statler) I’m not going to start heckling for no good reason. 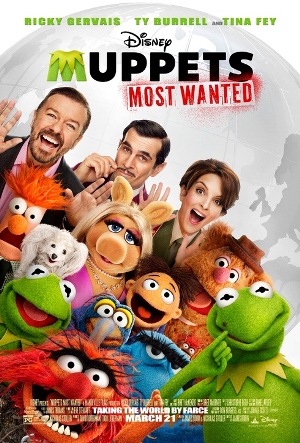