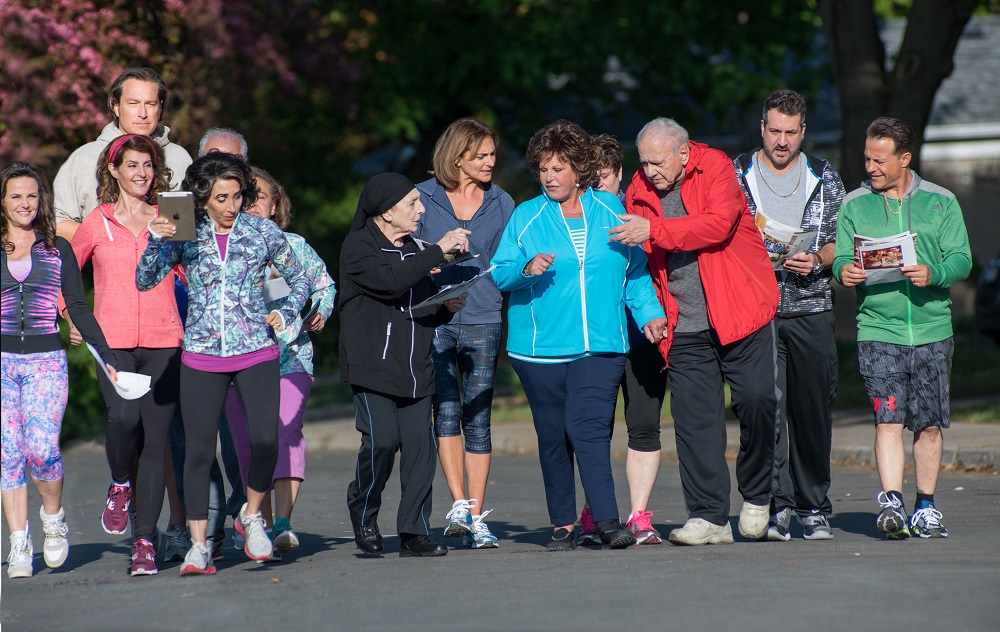 With Toula (Nia Vardalos) and Ian’s (John Corbett) 17-year-old daughter Paris (Elena Kampouris) about to graduate from High School, the two loving parents find themselves stressing over her desire to attend college at NYU and not stay home and go to Northwestern. It doesn’t help that Toula’s entire family lives in the houses on either side of them, the girl’s grandfather Gus (Michael Constantine) particularly obnoxious browbeating the teen for not having found a nice Greek boy to settle down with and marry.

Like he should talk. Turns out, when he and his wife of 50 years Maria (Lainie Kazan) left Greece, the priest that handled the pair’s nuptials inadvertently forgot to sign the wedding certificate. Now they have to go through the process again, for a second time, five decades after the fact, the entire family moderately amused by this crazy turn of events. It’s just another overblown drama in what feels like a lifetime filled with them for Toula, and while it all seems very Greek to those on the outside looking in for her it’s just more of the same. 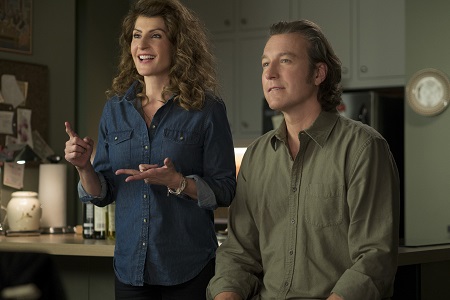 When My Big Fat Greek Wedding was released on a handful of screens in April of 2002, no one could have guessed it would go on to make over $240-million at the domestic box office becoming the most financially successful independently produced romantic comedy of all-time. The movie played in theatres for almost a full year, spawned a short-lived television series (“My Big Fat Greek Life”) and made writer/star Vardalos a bona fide Academy Award nominee (Best Original Screenplay). While far from a critical favorite, audiences went nuts for the film, and 14 years later it’s still as massively popular now as it ever was way back when.

But a sequel? Now? A decade-and-a-half later? I’m not exactly sure I see the point. Granted, as counterprogramming to the massive, certain to be a blockbuster behemoth that is Batman v Superman: Dawn of Justice, I guess throwing something like My Big Fat Greek Wedding 2 into the fire to see if it can emerge from the box office flames unscathed might not be the worst idea in the world. After all, no one expected the first one to play in theatres for any longer than a handful of weeks, and look how well that ended up turning out.

While I doubt lightning is going to strike twice, as sequels go, I can think of many that are a heck of a lot more painful to sit through than this proves to be. Vardalos, once again writing the screenplay, and new director Kirk Jones (Waking Ned Devine) aren’t trying to make any waves, keeping things as benign, pleasant and as perfectly as innocuous as they can for every second of the film’s brisk 94 minutes. While they hint on occasion in directions paralleling current events (the 2008 economic downturn, the recent gay marriage debate, Greece’s ongoing financial crisis), they never do so long enough that they could ever be accused of making a political statement. This is strictly surface level stuff, the movie aiming to please everyone who watches it no matter what their race, religious background or political ideology might be. 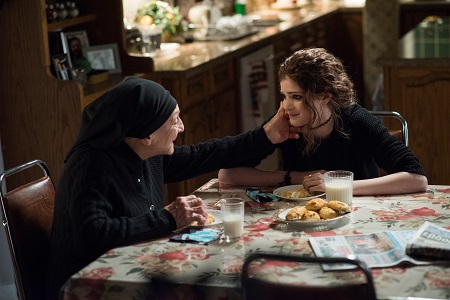 Personally, I found it all to be not so much insufferable as instantly forgettable, which might actually be a minor improvement considering my low opinion of the first one. Vardalos writes in broad, melodramatic strokes, and while I appreciate the fact that while emotions are larger than life the characters themselves aren’t nearly as cartoonish as they could be, that doesn’t make the sitcom situations she likes to concoct remotely more palatable. While Thankfully, Jones manages to keep things just subdued enough that things aren’t as crazily over the top as they easily could be, the veteran filmmaker even manufacturing a touching moment or two here and there (most notably a priceless final scene of Paris at school that had me grinning ear-to-ear) that I couldn’t help but respond to positively.

But this is a movie made for those who adore the original and not many others, and even with that being the case it’s likely they won’t be quite as enamored with this second chapter in the Toula/Ian love affair as they were with their initial marriage. There’s not a ton substantive that happens, some of the more flamboyant aspects (mainly those elements involving the returning family members) just too silly and cartoonish to be taken seriously. My Big Fat Greek Wedding 2 isn’t a bad sequel, it’s just a pointless one, and as such spending any additional time dissecting it further can’t help but feel like an exercise in meaningless, if still harmless, futility. 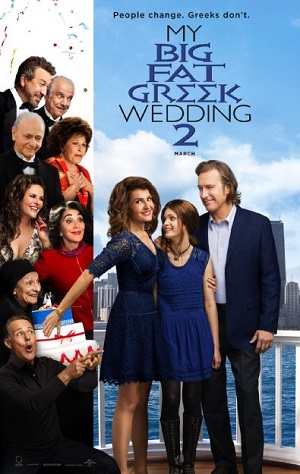