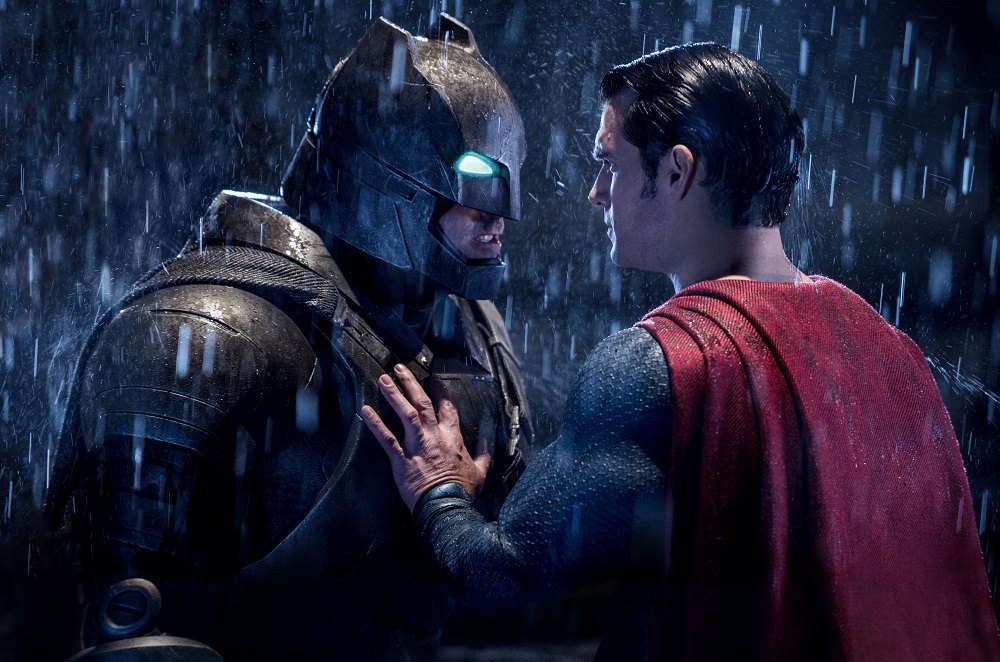 There’s a lot of external baggage as it pertains to Batman v Superman: Dawn of Justice that has nothing to do with the Man of Steel sequel itself. For Warner Bros and DC Comics, this film is their attempt to set up their own comic book superhero universe on par with what Marvel Comics and Disney have managed to craft since Iron Man was released in 2008. Massively successful, generating billions of dollars in tickets sales, films like The Avengers and this May’s Captain America: Civil War are what every Hollywood studio is aiming to duplicate, trying to get a piece of a pie audiences around the globe by all accounts are eager to gobble up, quality notwithstanding. 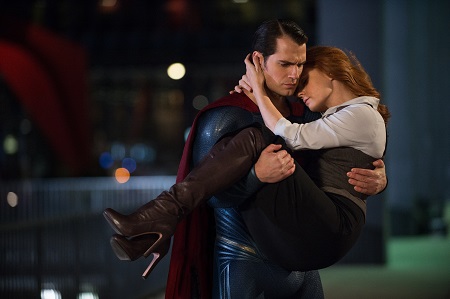 That returning director Zack Snyder’s second take on creators Jerry Siegel and Joe Shuster’s hero has trouble balancing its various subplots, tangents and responsibilities sadly isn’t much of a surprise; that it actually focuses more on Bob Kane and Bill Finger’s Batman character than it does it’s supposed central figure moderately is. It’s almost as if screenwriters Chris Terrio (Argo) and DC movie veteran David S. Goyer (Man of Steel, Batman Begins) don’t know what to do with Krypton’s favorite son, Kal-El/Clark Kent/Superman a dour, sad-faced supporting player in a story he’s by all accounts supposed to be the central figure in.

This is just an issue, however; it is not, sadly, the problem. The biggest complaint levied against Marvel’s Cinematic Universe, a.k.a. the MCU, is that, no matter what the central story being told in any specific motion picture is, too much time is spent setting up and spelling out plot points and scenarios to be explored in subsequent films. Batman v Superman: Dawn of Justice is tasked with setting up the entire DC universe, laying groundwork for stories involving The Flash, Aquaman, Cyborg, Wonder Woman and others. It spends precious little of its massive 153 minutes on the plot at hand, which ostensibly concerns the bout between superheroes hinted at in the title, and instead feels like nothing more than a heavy-handed, pointless exercise in exposition spelling out the larger add DC world. As a self-contained story, there is little of substance and, what there is of it, is so inconsequential and ill-conceived it’s practically meaningless.

It’s not a total loss. While feeling a little like a kneejerk reaction to Man of Steel criticism, the opening sequence featuring a frantic Bruce Wayne (Ben Affleck) taking a helicopter from Gotham City to rush headlong into the chaos assaulting Metropolis is effective. The billionaire businessman, his Caped Crusader alter ego left back at home, is angrily horrified as he watches Superman (Henry Cavill) and General Zod (Michael Shannon) battle, the catastrophic damage they inflict upon the citizens of the city getting personal as his own building comes spiraling down into rubble right at his very feet. It’s a terrific setup, one that makes concrete and personal why Batman would be wary of this all-powerful visitor from another planet. 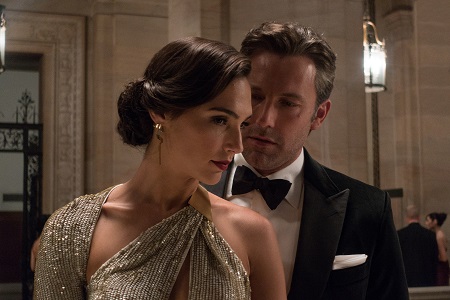 In fact, the entire Bruce Wayne/Batman arc is pretty good, until an insipid and silly climactic twist involving both superheroes’ love for their respective mothers comes along. This is an older Caped Crusader, one whose worldview has slowly been dragged down into the mud due to decades of constant battle and unimaginable personal loss. Affleck plays the character with angry restraint, his interactions with protector and caretaker Alfred (a pitch-perfect Jeremy Irons) tinged with a melancholic regret worthy of additional exploration. There are also some nice, if far too brief, scenes between the actor and Gal Gadot as Diana Prince, otherwise known as Amazonian super-warrior Wonder Woman, the electricity bouncing back and forth between the two surprisingly palpable.

The other half of the movie concerns Superman, his relationship with Lois Lane (Amy Adams, picking up a paycheck and that’s about it) and his growing insecurity as to how the people of Earth are looking at him as some sort of God sent to protect them from ruination. Mixed into that is a congressional inquiry into his actions spearheaded by an aggressive senator (Holly Hunter) as well as a plan by tech wizard billionaire Alexander “Lex” Luther (Jesse Eisenberg) to engineer a weapon that could be used against the Kryptonian if the need arises. But none of those various tangents amount to much. Worse, they only seem to exist in order to put Superman and Batman within the gladiatorial arena, planting seeds for the Justice League that will be crafted in the aftermath of their scuffle.

Snyder’s direction is all over the map. The titular match is fairly engaging, as is a battle between Batman and two-dozen assailants in a dilapidated warehouse. But a series of ponderous flashbacks deaden the pace to the point boredom sets in every time they enter into the proceedings, while the filmmaker’s use of slow motion and cartoonish CG-generated backgrounds make things appear more like cut-scenes from a PlayStation or X-Box video game than they do a live-action Hollywood feature. His callous disregard of people and emotion is as omnipresent as ever, as is his fascination with flashy visuals at the expense of storytelling coherence.

That’s the biggest problem with the movie: coherence. What is Lex’s actual plan? Why does he do any of the things he does? Why is this plan so needlessly complicated? More, for a guy who is supposedly so fantastically smart, why does he allow all of the pieces tying things together to point directly back to him? Throw in lunatic absurdities involving Clark Kent’s job at The Daily Planet, the fact Lois Lane and Martha Kent (a wasted Diane Lane) are nothing more than stereotypical damsels in distress, and a final creature that looks like it was created in a computer lab in the early 1990s, there’s just too much that doesn’t work for the movie to have any chance of being satisfying.

While there are some decent takeaways, not the least of which are Affleck’s interpretation of the Caped Crusader and my growing feeling that Gadot as Wonder Woman is going to prove to be something special, the simple truth is that Batman v Superman: Dawn of Justice isn’t a movie, it’s a commercial for all the DC-related features scheduled over the next half-dozen or so years to come in its wake. Snyder’s film is loud, obnoxious, lacking in substance and barely lucid enough to make even the slightest modicum of sense. While not the worst superhero comic book adventure ever to grace the multiplex, it’s likely the most frustratingly disappointing, it’s failure unquestionably putting Warner and DC’s future plans in jeopardy. 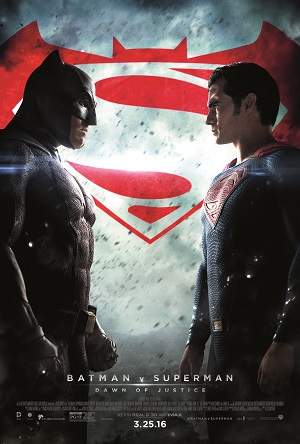