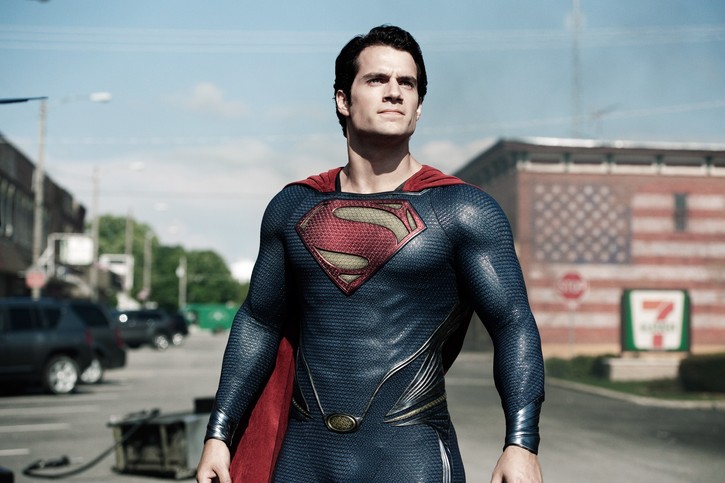 I loved Richard Donner’s Superman as a kid, enjoyed its sequel Superman II arguably even more, the two late ‘70s adventures capturing my imagination even though I wasn’t all that knowledgeable, or even that big of a fan, of the original comic books created by Jerry Siegel and Joe Shuster. Over a quarter century later, I was just as enraptured by Bryan Singer’s Superman Returns, his film one part homage to the Richard Donner original while also a gutsy, not altogether successful attempt to reimagine the god-like superhero for a new generation.

I mention all of this because, even though I have deep, long-lasting affinity for those three motion pictures, that didn’t mean I wasn’t intrigued by the possibility of a new take on the iconic hero. At the same time, I’d be lying if I didn’t equally admit to a few worries, the idea of The Dark Knight trilogy handlers Christopher Nolan and David S. Goyer producing and crafting the script and 300 and Watchmen director Zack Snyder handling the directorial reigns not to my mind the best of ideas.

Why? To put it frankly, what worked for Batman, making him gritty, grounding him a real world aesthetic, giving him morally complicated demons he would have to face, work through and overcome, probably would not work for Superman, the genius of the two DC Comics staples their polar opposite compositions. They’re yin and yang, night and day, light and dark, both becoming heroes via undeniably disparate paths both taking up their mantel for decidedly differing reasons while not necessarily in agreement what their status as crime fighters ultimately means.

Still, I was more than willing to give Man of Steel every benefit of the doubt. Nolan has proven himself to be a consummate filmmaker of the first degree, while Goyer, Blade: Trinity notwithstanding, has shown an understanding of superhero universes and mythology second to none. As for Snyder, while his remake of Dawn of the Dead is the only film I’ve ever grown to love, the man’s visual flair, sense of pace and knack for astonishing action speaks for itself, and while his fanboy flourishes can be his undoing (i.e. Sucker Punch) considering who was behind the scenes producing I imagined his baser tendencies would be thankfully held in check.

On that latter point I was happy to be proven right. This new take on the Superman origin looks and sounds terrific, Snyder unleashing a series of spectacular images and moments one after the other that deserve to be seen on as large a screen as possible. More than that, his penchant for unabashed drippy melodrama is moderately reined in, the director allowing a few signature moments to breathlessly speak for themselves in a way I honestly didn’t think him capable of delivering on.

At the same time I am extremely conflicted by this new take on the DC legend. Where is the heart? Where is the emotion? Where is the character development? Where are the arcs that would allow this tale to resonate as fully and as complete as it should? All of that has been stripped away, cleaved in two by Goyer’s script and his and Nolan’s story, the pair going out of their way to give things a stark, morally complex gravitas but forgetting to make such changes matter in the process.

I do like the fact that the actual origin itself, save for the destruction of Krypton, that portion told, more or less, in the same fashion found in Donner’s Superman only with more laser weapon fire, Matrix-inspired bioengineering, giant Heavy Metal-esque creatures and a rabid General Zod (Michael Shannon) barking commands, is told in non-linear fashion, Snyder and company starting things with Clark Kent (Henry Cavill) at 33 drifting here to there attempting to discover who he is and why he was sent to Earth. Snippets of his Kansas upbringing with Ma (Diane Lane) and Pa (Kevin Costner) Kent are strewn throughout, and while the beats themselves are familiar how they are delivered is at the very minimum refreshingly novel.

Problem is, by layering things thusly, while only spotlighting Clark’s journey culminating in the discovery of a Kyptonian spaceship where his long-dead father Jor-El (Russell Crowe) is able to communicate with him, no real feel for the character or those who influence him most can be fully ascertained. More than that, some of the players, most notably ace reporter Lois Lane (Amy Adams), and to a lesser extent human mom Martha Kent, become nothing more than bits of window dressing, each having the appearance of being active participants in the tale but by the end sadly becoming anything but.

Then there are the villains themselves. Shannon does his best bit of blustering as Zod, shouting from the rooftops as he attempts to get Clark/Kal-El into his clutches. But at a certain point watching him continually stomp around with such vitriol gets more than a little tiresome, and while the actor is admittedly gifted the feeling he’s phoning some of this in is nonetheless difficult to shake. If anything, he’s overshadowed by his lieutenant, the icily imposing Faora-Ul, the character played with ferociously sinister tenacity by German actress Antje Traue. Yet overall I just didn’t find any of the Kryptonians particularly scary, and honestly their ultimate plan to terraform the planet to their own design isn’t all that far removed from what Lex Luther was looking to do in either Superman or Superman Returns.

Still, while Snyder can lay the religious iconography on a bit thick (for those that had a problem with Singer doing the same in his outing, wait until you get a look at some of the poses Cavill displays here), and while a battle with a mechanical beastie in the Indian Ocean borders on nonsensical (where did all the anime-like metallic tentacles come from?), much of the action in Man of Steel has a kinetic intensity none of previous Superman flicks can come close to matching. More, while no single sequences rises to the same majestic heights as the central airline saving theatrics in Superman Returns, as far as overall whiz-bang is concerned this movie is frequently an eye-popping blast.

What does all of this add up to? Honesty, I’m not certain. I didn’t dislike Man of Steel, not at all, but I just as readily didn’t enjoy it nearly as much as I wanted to, either. Nothing about this latest Superman iteration captivated me, none of it connected on an emotional level, and while the action theatrics fly considerably higher than any previous adaptation the shortcomings found in the human department frustratingly kept the project as a whole from soaring. 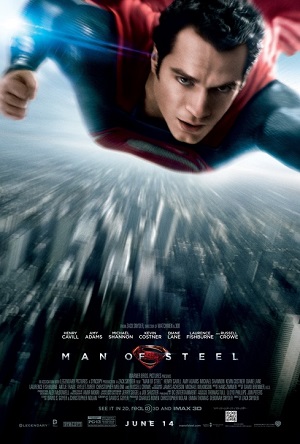