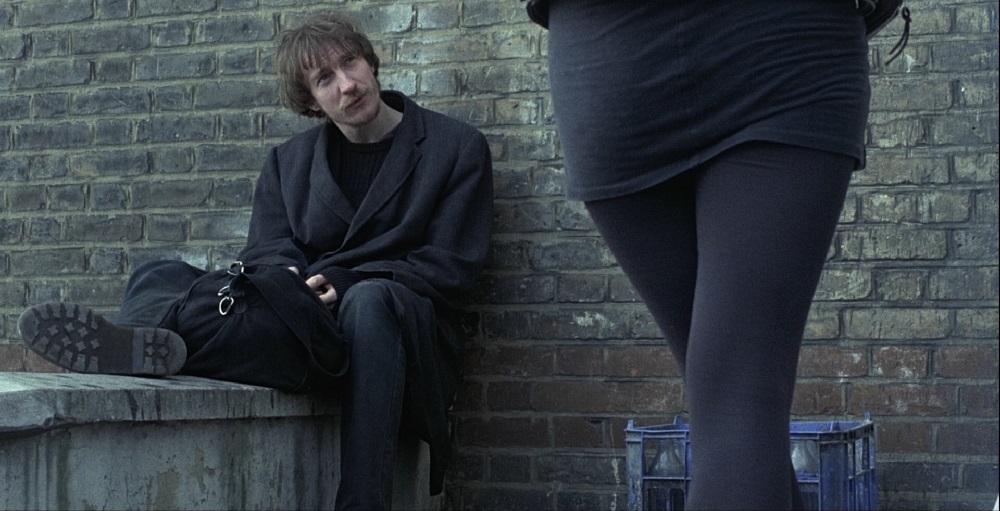 After raping a woman, Johnny (David Thewlis) flees Manchester for London, not because he’s afraid of the police but because he realizes the beating he is going to get from her family and his friends will likely kill him. He reunites with ex-girlfriend Louise (Lesley Sharp) and starts up a quasi-relationship with her needy roommate Sophie (Katrin Cartlidge). The next three days progress quickly, Johnny discovering old habits die hard and that London isn’t as big a change of pace – or a place to ponder redemption – as he imagined it was going to be.

Mike Leigh’s dark, twisted and very, very funny 1993 effort Naked is as raw and as emotionally nude as anything the acclaimed filmmaker of Another Year and Secrets & Lies has ever made. A blistering indictment of post-Thatcher England, the movie documents the movements of one of cinema’s most magnificently vile antiheroes, and while Johnny is hardly a sympathetic or endearing figure, he is still uncomfortably relatable, and maybe even pitiable, at the same time.

I try not to throw this adjective around willy-nilly, but make no bones about, it Naked is brilliant. Leigh mines corners of the human experience lesser filmmakers would run screaming from. Everything leads up to a rock ’em-sock ’em emotional juggernaut of climax that had my head spinning on its axis. Leigh walks the walk and talks the talk but, more than that, he speaks the truth, and while the story the director is telling is undeniably English circa the early 1990s, the universality of what is being said is as true today here in the United States as it ever was for the Brits back in 1993.

Thewlis is extraordinary. He won the Best Actor prize at the Cannes Film Festival, but I’d have nominated him for an Academy Award that year as well. Tom Hanks in Forest Gump, Morgan Freeman in The Shawshank Redemption, Nigel Hawthorne in The Madness of King George, Paul Newman in Nobody’s Fool and John Travolta in Pulp Fiction is a pretty tough lineup to crack, to be certain, but I’d humbly suggest Thewlis’ tightrope walk is as magnificent as any of those were.

Johnny is a character who deserves outright instantaneous hatred. Viewers shouldn’t want to spend a single second with him, let alone 131 seat-squirming minutes. He’s a narcissist. He’s a misogynist. His actions re beyond unspeakable.

But Johnny also speaks the truth. He’s surprisingly compassionate. He’s smarter and more perceptive than his appearance or his actions would initially lead anyone to believe possible. He’s a complex character who wears his numerous peculiarities as a badge of honor, and that Thewlis makes this odious man as magnetic and as intoxicating as he proves to be is borderline miraculous.

Sharp and especially Cartlidge come exceedingly close to rising to Thewlis’ level. Their dual presence keeps the story grounded, shows that Leigh is as interested in his female protagonists as he is in its monstrous male one.

Not that either of them makes things easy for the viewer, either. They purposefully take situations to places that can be highly uncomfortable, and typically in the most unexpected ways. But like everything and everyone else in the movie, Sharp and Cartlidge are wholly genuine, their characters’ failures of judgment just as important and as laudable as their moments of selfless and sincere clarity are.

My personal favorites of Leigh’s oeuvre continue to be Secrets & Lies, Career Girls and Topsy-Turvy, but that doesn’t mean I don’t think Naked is any less a masterpiece. I always come away shell-shocked after each viewing. It’s nasty and uncompromising, but it is also laugh-out-loud funny and filled with moments of startling clarity that shake me to my core. Watch this one immediately.

Naked is presented on a dual-layer 50GB Blu-ray MPEG-4 AVC video with a 1.85:1/1080p transfer. As stated in the included booklet: “Supervised approved by director Mike Leigh, this high-definition digital transfer was created on a Spirit Datacine from a 35mm interpositive. Thousands of instances of dirt, debris, scratches, splices, warps, jitter and flicker were manually removed using MTI’s DRS system and Pixel Farm’s PFClean system, while Digital Vision’s DVNR system was used for small dirt, grain and noise reduction.”

The commentary track is excellent, and the inclusion of Leigh’s 1987 short film The Short and Curlies starring Thewlis is a wonderful add. The excerpt from the BBC program “The Art Zone” is also awfully good, while the brief interview with acclaimed director Neil Labute (In the Company of Men, The Shape of Things) is surprisingly worthwhile.

Some would call Naked Mike Leigh’s best work. Not sure I can go that far, but the film is still pretty dang extraordinary. For a filmmaker who has made more classics than can be counted on two hands, to proclaim this one should be listed near the top of that heap is all that needs to be said. 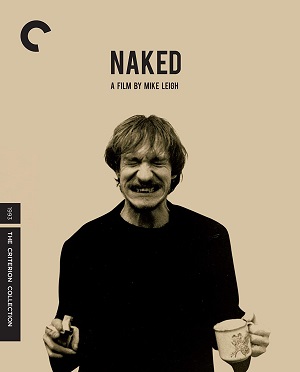