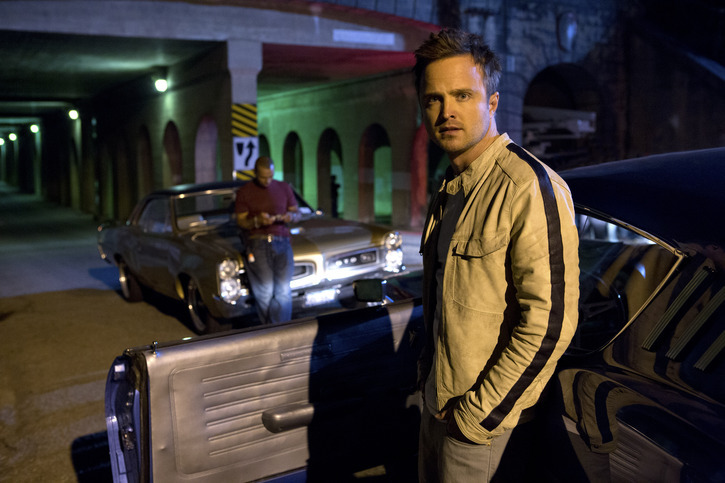 Tobey Marshall (Aaron Paul) is a regular guy making a day-to-living in Mt. Kisco, New York, he and his team of automotive pros rebuilding classic cars while doing a bit of underground street racing on the side. A lucrative deal with former town bad boy turned racing superstar Dino Brewster (Dominic Cooper) allows the wary former rivals to engage in tepid attempts at friendship. This goes tragically south, however, when an impromptu race leaves Tobey’s protégé Little Pete (Harrison Gilbertson) dead and the wealthy Dino claiming ignorance of any wrong doing.

Fast-forward two long years. Tobey is out of jail itching for revenge, and he and his gang of trusted cohorts know how to get it. They’ll show the world just how guilty and evil Dino is, beating him at his own game in a super-secretive, high-stakes, winner-takes-all street race sponsored and run by the mysterious Monarch (Michael Keaton). Now he’s got 48-hours to get from one side of the country to the other, driving the same souped-up Mustang he original restored for his nemesis to sell on the open market not so long ago to get him there. 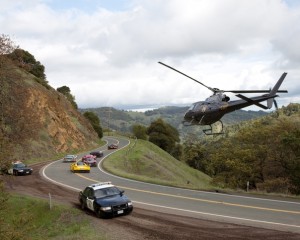 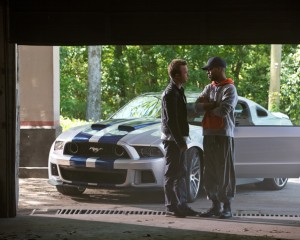 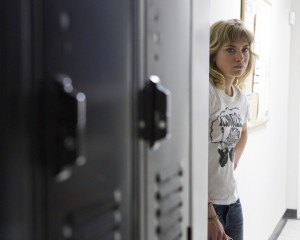 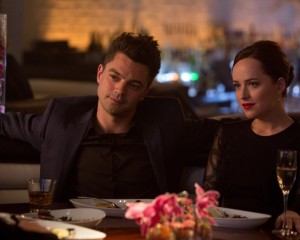 Is it any surprise that Need for Speed is dumb movie? Based on a best-selling series of video games, using a plot that even the Fast & Furious series would consider absurd, featuring characters that are as thin as they are one-dimensional, there is nothing here that breaks the mold or goes beyond B-grade convention. This is a tired, trite and unapologetically nonsensical exercise in automobile chase film clichés, and I can’t imagine anyone anywhere who might of even theoretically assumed it would have been anything otherwise.

Yet as inane as all of this might be, I’ve got to give it up to director Scott Waugh (Act of Valor). The veteran stuntman doesn’t skimp where the cars and their racing are concerned, attempting to manufacture an old school barnburner along the same lines of Vanishing Point, Gone in 60 Seconds or Two-Lane Blacktop. He gleefully follows in the footsteps of Grand Prix, Bullitt, The Road Warrior, Ronin and To Live and Die in L.A., the filmmaker and his crackerjack team staging sequences of vehicular mayhem that are without a doubt mind-blowing.

It’s gloriously staged stuff, and if I were willing to check my brain at the door and let all of what Waugh offers up gently rev me into petrol-drenched submission I’d probably be out in some random empty parking lot doing cartwheels while the smell of burning rubber drowns me in its scent. The sound design is without compare, almost to the same level as to what Ron Howard and company came up with for their Formula 1 racing epic Rush. As for the cinematography, Shane Hurlbut’s (Terminator Salvation) camerawork is fantastic, more often than not granting the viewers a bird’s eye view behind the wheel that’s stunning.

Be that as it may, the script is relentlessly stupid, and as much fun as Keaton seems to be having no one else in the movie, save maybe an exceedingly game Imogen Poots, the mechanics behind her character and why she’s even around not even slightly important, appear to be enjoying themselves near as much. Paul approaches things as if he’s still on the set of “Breaking Bad,” and while I appreciate his commitment at the same time his Tobey ends up being such a dour, doleful presence sitting with him for two full hours is far more difficult than it really should be. As for Cooper, his villain is about as threatening as a dull butter knife, the usually charismatic veteran phoning it in as if he’s teaching a Villainy 101 online correspondence course for the University of Phoenix.

It does not help that, for as stunningly designed, photographed, edited and scored the final race proves to be, the actual mechanics of it are so beyond silly they’re almost insulting. There’s no discernible reason why anyone would choose to be a part of such an event. It doesn’t feel like there’s anything it for the competitors, and although it’s announced over and over the winner gets to keep all the competing cars after what ends up happening to the vehicles (hint: it ain’t pretty) in the end this doesn’t seem like all that great a prize considering the jail time and hefty fines, not to mention the massive doctor bills, sure to ensue after the race is over.

Granted, considering the source material I’m thinking I should be thankful Need for Speed ended up being so compulsively watchable as, in all fairness, it could have easily been anything but. Waugh’s attempt at a genre throwback to films of the late 1960s, early 1970s is commendable, while his tip of the hat to fellow directors as diverse as John Frankenheimer, William Friedkin, Monte Hellman, Peter Yates, George Miller and whole slew of others is exceedingly well done. I just wish the interior components making things look so snazzy held their own with near as much strength as the engine propelling the drama forward does, then maybe we’d have something to talk about, potentially even worth driving for ourselves. 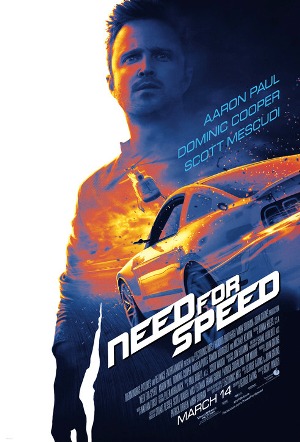