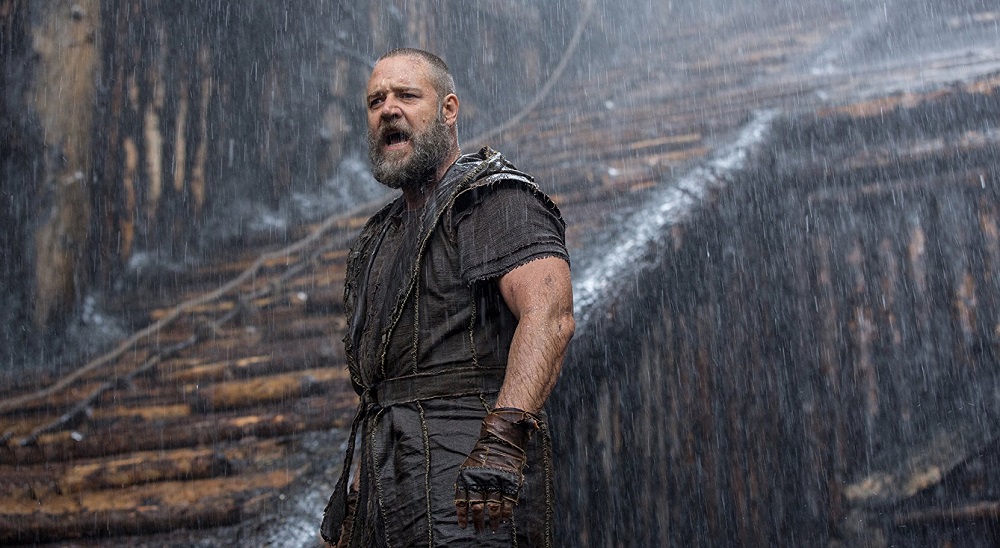 It is doubtful there will be a more ambitious film that Darren Aronofsky’s Noah released this year. A Biblical epic unlike anything I’ve seen before, the movie is an eye-popping take on faith and family that’s a much a treatise on theological dogma as it is a disaster epic depicting a calamity on the most massive of imaginable scales. It treats ancient pieces of text with modern sensibilities, everything mixed together in a stew of human desperation, regret, sacrifice and forgiveness that’s as filling as it is tasty. 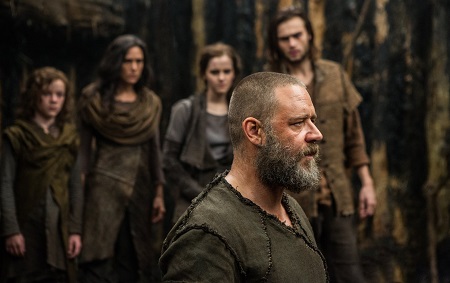 This is still the story we all know. A man named Noah (Russell Crowe) is given a vision by God (here dubbed “The Creator”) of the world’s end, a great flood being sent to wipe away all of humanity’s sins so that the Earth can be given a fresh chance to start anew. With his family he travels to meet with his wise ancestor Methuselah (Anthony Hopkins) where he learns the task that has been set forth for him to accomplish. He will build a great Ark, a ship of mammoth size and scale, inside of which his kin and two of every animal will reside until the waters subside and land can be felt underfoot once again.

Aronofsky, working with his The Fountain writing partner Ari Handel (a movie this one resembles in no small part), is building compositions and growing ideas on a grand scale, refusing to kowtow to so-called Fundamentalists instead choosing to craft a story that challenges expectation and assumes the viewer is an intelligent one. He imagines this ancient world as best he can, crafts a story of a father faced with an impossible task and forced to get his family on board with what he is doing even though he knows none of them are likely to survive the ordeal. It is Noah’s internal struggle to do as he believes he’s been commanded that gives the movie its drive, its central thrust, giving the story a familiar human element all people of all faiths should I would think be able to relate to.

Will they? That’s an altogether different question. Aronofsky is building the core elements of this story out of the Book of Genesis but, as that’s understandably pretty vague about a great many of the particulars, he and Handel are forced to figure out many of the more minute characteristics all on their own. They attempt to show why an angry Creator would be willing to end the lives of his most beloved creations on such a scale. At the same time, they juxtapose the plight of his Noah’s family, most notably middle son Ham (Logan Lerman) and adopted daughter Ila (Emma Watson), all of them dealing with the fact that life as they know it has irrevocably changed forever.

Aronofsky refuses to show Noah as a perfect man, instead building him up with the frailties, misgivings, second thoughts and uncertainties that have shaped human understanding right from the start. He looks at this story much in the same way Martin Scorsese took on the life of Jesus with The Last Temptation of Christ, mixing the human and the divine in ways that are natural, eternal and pure allowing for a more profound examination of faith than otherwise would have been possible.

Then there are the fantastical elements. The gigantic sentient rock creatures known as the Nephilim. Methuselah laying waste to never-ending hordes of barbaric killers with a flaming sword. A shimmery Adam and Eve making their way through the Garden of Eden. Throngs of creatures of all shapes, sizes and species marching towards the Ark in peace. This and more is presented by the filmmaker, Aronofsky laying it all out like some sort of Hayo Miyazaki meet Peter Jackson meets Terrence Malick meets William Wyler meets Ridley Scott psychedelic fever-dream, the pieces melding together in ways that are a continual surprise. 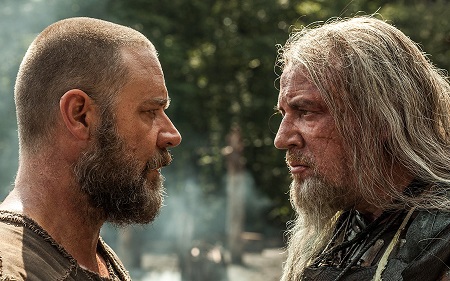 Those Miyazaki and Mallick comparisons are not made lightly. There are elements on display that reminded me of some of the more beauteous, naturalistic segments of Princess Mononoke, while many of Noah’s visions can’t help but recall The Tree of Life, especially the birth of the universe sequence at the heart of that one. Yet there is also a handsome religious fervor that brings to mind old school Hollywood epics like The Ten Commandments and The Robe, Aronofsky embracing insights old, new and everywhere in-between as he connects all his dots.

Not all of it works, but considering the scope and the imagination fueling everything this is hardly a surprise. Some of the performances are extraordinary – Crowe hasn’t been this wonderful in ages, Jennifer Connelly reminds us all just how terrific she can be while Watson shines with an emotional purity that’s inspirational – while others are almost too cartoonish and broad to be taken with anything other than a cross-eyed grain of salt. Ray Winstone, in particular, has a damnable time trying to get a handle on his character, while Lerman, so amazing in The Perks of Being a Wallflower, seems to be in a constant struggle trying to find Ham’s core making his decisions feel more rashly obnoxious than they do anything else.

None of which makes Noah any less monumental. Aronofsky has made a movie set in times barely hypothesized let alone known and yet somehow managed to craft a parable about the world as we know it at this very moment. All that’s being talked about here, all that is discussed, these are many of the same conversations in constant play this very second. Staples of talk radio and of right wing media sound reasonable in theory but more often than not are hideous in practice. Many of the words coming out of Winstone’s self-proclaimed King Tubal-cain sound similar to what’s spouted by supposedly god-fearing Christians like Rush Limbaugh and Glenn Beck each and every day. Aronofsky fearlessly condemns both their practices and their words with unsubtle ferocity, allowing Crowe’s true man of reason, understanding and, yes, faith to preach far reaching truths it would benefit many to take heed of.

The thing so many in this recent spate of faith-based entertainments (films like recent hits Son of God and God’s Not Dead) get wrong is that they treat their viewers like dogmatic sheep unable to think for themselves. They belittle their values and their beliefs at the same time they purport to embrace them, afraid to get into a debate involving other points of view and ideologies for reasons that are barely fathomable let alone make a modicum of sense.

Aronofsky shows no such timidity. If anything, his film is a celebration of faith in all its voluminous forms and is far more celebratory of what many refer to as ‘Divine Grace’ than the majority of features that attempt to make their stock and trade in both. The filmmaker wants to have a discussion, is eager to engage in the debate, and as such the film becomes a far more vital and effective cinematic endeavor in the process. 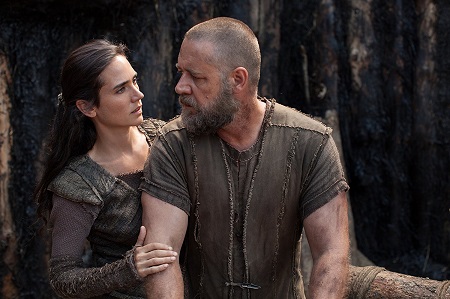 The filmmaking acumen is unquestionably high, of that let there be no doubt, so my taking time to go into the technical facets, all of which are exemplary, isn’t crucial. What is essential is to know that Aronofsky has taken a big time budget and done something risky with it. He challenges us, makes us question ourselves and our beliefs in ways that can be upsetting and uncomfortable, trusting that as viewers we’re all smart enough to figure out what it is we hold dearest to our hearts.

More than that, though, he has made a movie that looks at one of the primary staples of religious mythology in a way that is fresh, vital and important, while also celebrating people of faith without an air of persecution or judgment. Whether one believes in this tale as one of gospel or just looks at it as a grandly amazing yarn of sacrifice and salvation, Aronofsky’s Noah is a Biblical epic that transcends easy generalizations becoming a significant achievement worthy of multiple viewings. 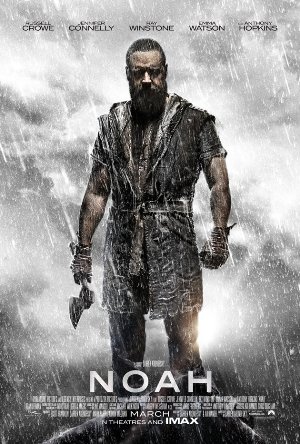