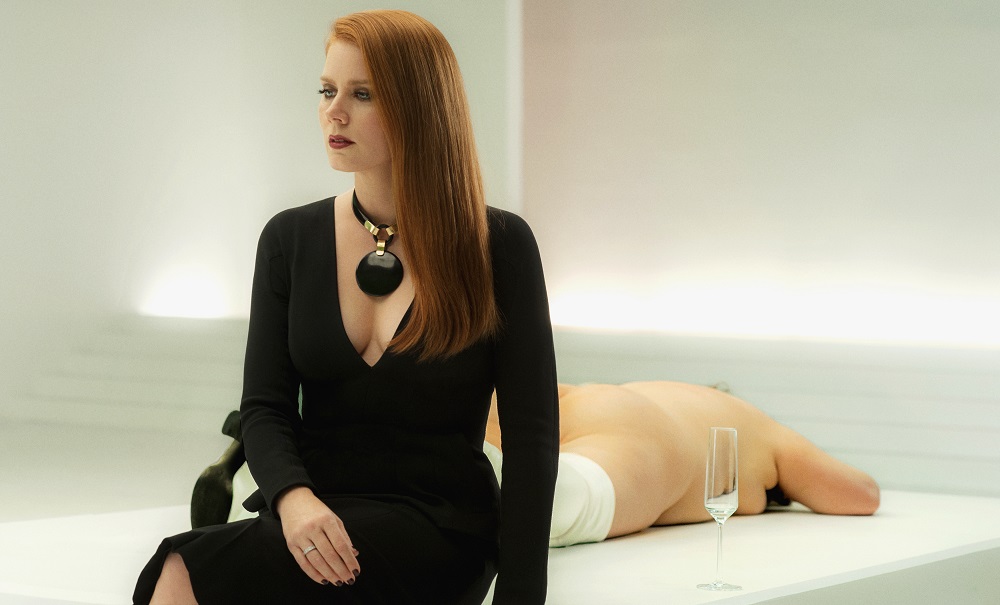 Nocturnal Animals, Tom Ford’s follow-up to his Academy Award-nominated debut A Single Man, is a mangy, disheveled, coldly austere creature filled with magnetic curiosities and unsettling emotional observations. An adaptation of author Austin Wright’s 1993 novel Tony and Susan, the movie is a dark descent into missed opportunity and regret where answers aren’t ever clear and solutions are even more difficult to find. It’s can be a tough nut to crack, the fashion designer turned filmmaker purposefully keeping the viewer at arm’s length as he navigates some dangerously murky waters of human suffering, sacrifice, retribution and disappointment. 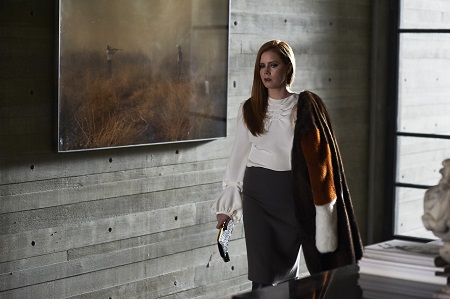 Susan Morrow (Amy Adams) is a fashionable, extremely successful career woman who runs a prominent art gallery. She is married to businessman Hutton (Armie Hammer), the union not so much hanging by a thread as it is stranded in awkward limbo, his frequent trips putting a noticeable strain on their emotional bond. Susan’s insecurities are growing, especially when an unsolicited manuscript from her ex-husband Edward Sheffield (Jake Gyllenhaal) arrives in her mailbox. She hasn’t heard from him in almost 20 years, so this package understandably comes as a minor shock, especially considering he’s dedicated the book to her, claiming their time together was what inspired him to put pen to paper and give this story its life.

Edward’s story is about West Texas family man Tony Hastings (also Gyllenhaal). While on a late night road trip with his wife Laura (Isla Fisher) and teenage daughter India (Ellie Bamber), the group is forced off the deserted highway by the menacing Ray Marcus (Aaron Taylor-Johnson) and his two companions. One thing leads to another, and soon Tony is separated from the other members of his family, not knowing what evils Laura and India might be suffering through while he’s stranded in the middle of the desert unable to save them.

The movie is a mélange of fact and fiction, the two coalescing into one as Susan reads deeper and deeper between the lines of Edward’s prose, reanalyzing decisions she’s made in her life – both with him and with her current husband Hutton – as she makes her way to the end of the book. It’s bleak, uncompromising stuff, ending on a coda of melancholic introspection that left me dumbstruck, not really knowing how to respond to what it was Ford was showing me. Yet, a number of underlying, almost hopeful truths still manage to permeate the bleak brutality, putting these pieces together in a way that makes sense and is comforting a task left to the viewer, the director steadfastly refusing to do the work for them.

Not all that surprisingly, it all looks incredible. Ford has designed things with an immaculate attention to detail. The frigid art deco world Susan inhabits is all full of the hopeless blacks and blinding whites, all hard lines, shimmering straightened hair and rich, red lips. Tony’s world, on the other hand, is filled with vibrant greens, shocking oranges and burning blues, all of them hinting at the complex shades of grey making things horrifyingly difficult for the determined husband and father. Cinematographer Seamus McGarvey (Atonement, The Accountant) shoots it all with a penetrating eye for detail, editor Joan Sobel (Admission) managing to make the transitions between the real world and the literary one clear and to the point. 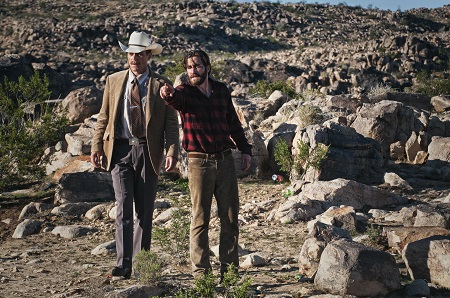 As for the performances, it’s weird watching this film in such close proximity to Arrival because doing so only makes crystalline just how gigantically talented Adams is. Susan is a totally different type of character than the one she portrayed in that science fiction stunner, and seeing her disappear inside Ford’s cryptic, oftentimes obtuse moralistic musings is awe-inspiring, her final on-screen moments leaving me in grief-stricken awe. Gyllenhaal is even better, his transformation from determined father to devastated survivor to revenge-seeking brute having a primal tenacity that’s honestly developed and painfully justified. Best of all is Michael Shannon, appearing roughly halfway through as a character in Edward’s novel responsible for helping Tony find his inner monster, the extent to which he shows up and then proceeds to steal the entire film right out from underneath his costars beyond compare.

Nocturnal Animals doesn’t take prisoners. Its themes are not always obvious, and where Ford is taking things is a constant question he steadfastly refuses to give answer to. But the stories at the heart of the film are primal in their effectiveness, achieving a bristling intimacy I was stunned by. While certain to leave some viewers angry and others scratching their head, for my part all I wanted to do was dig right back into the director’s sophomore opus and examine its myriad of mysteries in greater detail the moment it ended, the film’s haunting majesty certain to stick with me for some time to come. 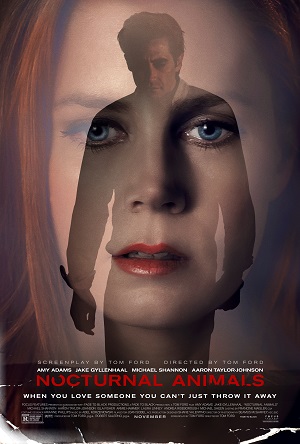