Tran Anh Hung’s beautiful if mystifying Norwegian Wood is a perplexing enigma desperately searching for a way to ground its sprawling esoteric story of heartbreak, resilience, tragedy and love in some sort of way that will resonate beyond a purely superficial level. The acclaimed writer/director of such masterworks as The Scent of Green Papaya and Cyclo does what he can to bring Haruki Murakami’s acclaimed novel to life, going out of his way to make it cinematically transcendent, and while moments do soar into the heavens on the whole all the nebulous bits and pieces never quite assemble together in a way that’s entirely satisfying. 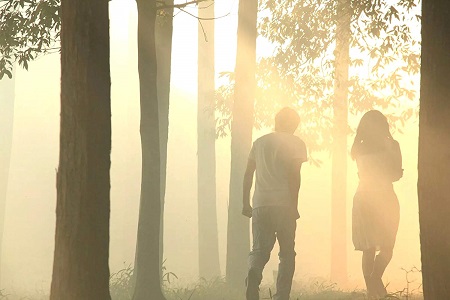 During the late 1960s, university student Toru Watanabe (Ken’ichi Matsuyama) moves to Tokyo in hopes of escaping the escalating sadness overwhelming him since the suicide of his best friend Kizuki (Kengo Kôra). When his dead friend’s former girlfriend Naoko (Rinko Kikuchi) reenters his life finding peace becomes virtually impossible, especially after the two consummate their tragic passion for one another which inadvertently end up leading the 20-year-old to commit herself to a sanitarium.

Rudderless and lost, visiting Naoko on a regular basis even though their reunions are more destructive than helpful, things change when Toru comes into the presence of Midori (Kiko Mizuhara), a young woman with an outlook on life decidedly different than anyone’s whose company he regularly frequents. She is the positive antidote to his melancholic depression, the two coming together at just the right moment even if doing so could end up leading to emotional doom for the both of them in the long run.

Hung tackled this sprawling, esoteric narrative the best he can, attempting to fill his 133-minute feature with as much information as possible yet at the same time doing his best not to overwhelm the viewer with too much emotional grandiosity. To a certain extent he succeeds, the intoxicating layers of Toru and Midori’s blossoming romance impossible to resist. Their story is poignant and powerful, and watching it come to its inevitable conclusion took my breath away.

But in other ways Hung never quite gets a grasp on exactly what it is he’s trying to say. Kikuchi, a gifted young actress who was an Oscar-nominee for Babel, never gets a handle on Kizuki and is unable to bring her to any sort of authentically grounded life. Her frequent scenes with Watanabe lack the urgent ephemeral passion required to give them weight, making their plot strand a frustratingly incomplete one I was never able to fully embrace. 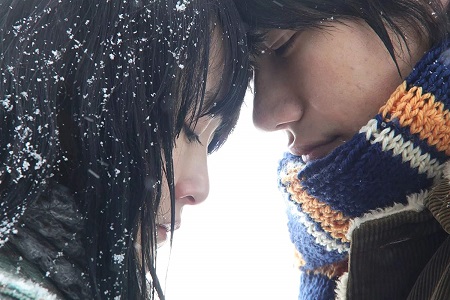 More than that, I got the feeling that the filmmaker never felt entirely confident which tangents of Murakami’s source material he wanted to explore and grapple with. Side historical events taking place during this time are hinted at, flirted with but never taken head-on, everything a tangential daydream of light, dark and all the colors in-between struggling to fully materialize in ways that could be meaningfully resonant.

Yet, when Norwegian Wood gets it right, when Hung taps into the emotional nuances of his lead character, when all facets from cinematography to editing to music (Johnny Greenwood’s score is magnificent) come together into blissful symmetry, the movie is astonishing. There are sequences and situations where I found myself floating into the celluloid, even though a lot of the film left me perplexed and bewildered the segments I enjoyed gave me an ethereal sense of elation I can only hope audiences take the time to experience for themselves. 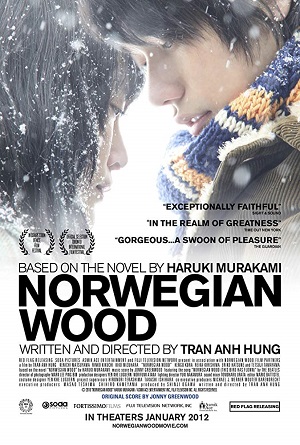