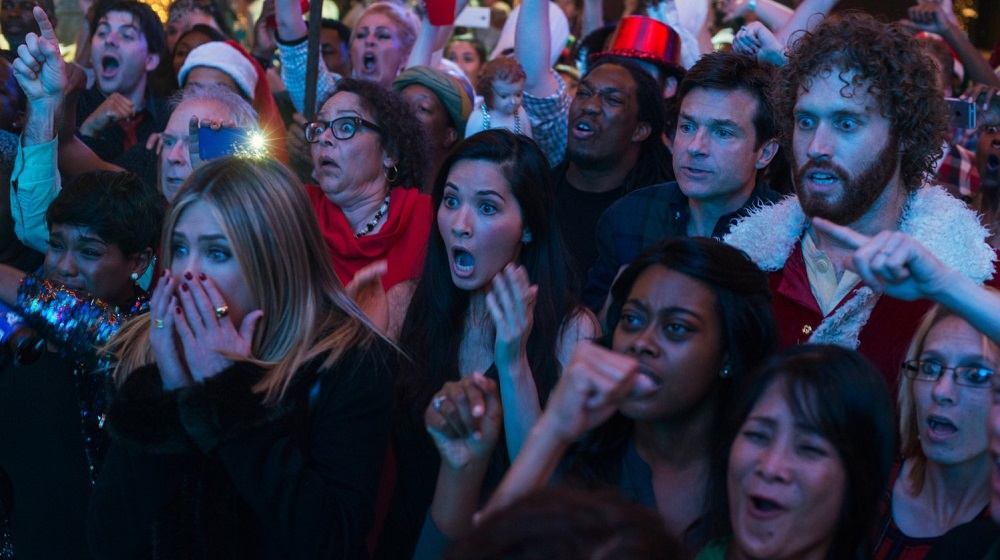 Their office in danger of being closed, Chicago Zentek President Clay Vanstone (T.J. Miller) stumbles upon a crazy idea to save his employees from the unemployment line. His sister Carol (Jennifer Aniston) is in the running to be new corporate CEO, and she’s given her brother a promise that if he can secure a multimillion dollar deal with tech company executive Walter Davis (Courtney B. Vance) by the end of the week she won’t close his branch. Turns out, he’s an old school businessman who misses the days when companies took care of their employees, throwing lavish holiday parties to celebrate their appreciation for all they do during the calendar year. 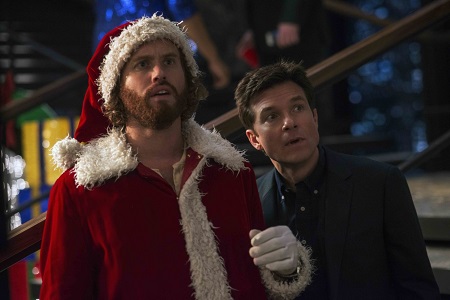 With the help of his trusted V.P. Josh Parker (Jason Bateman) and programming genius Tracey Hughes (Olivia Munn), Clay plans to throw the party to end all parties, promising his employees that, not only will he save their jobs, they’ll also get their year-end bonuses. With Walter as their guest of honor, this trio goes above and beyond to show him a good time, the carnage and chaos they inadvertently unleash upon the downtown business core likely to go down in Chicago history right alongside Mrs. O’Leary’s cow.

There is nothing subtle about Josh Gordon and Will Speck’s (Blades of Glory, The Switch) raucous, unhinged comedy Office Christmas Party. With a cast featuring Bateman, Miller, Munn, Aniston, Kate McKinnon, Jillian Bell and Rob Corddry, just to name a scant few, I’m not sure anyone would believe it if things had turned out otherwise as this isn’t exactly the group of actors that get assembled if you’re interested in producing a tragic melodrama.

Part of me thinks it would be kind of cool if that were the case, but that’s a discussion for another day. As far as this particular film goes, it’s absolutely crackers, things spiraling out of control in much the same way as early-to-mid 1980s comedies like Bachelor Party, Risky Business or Revenge of the Nerds did. It’s uncouth and obnoxious, pushing things as far as it can, going bigger and bigger but always with some sort of somewhat saccharine, sweetly moralistic message lurking obviously at its core. Funny? Yes. Consistently so? Not really, at least not to me, but considering how subjective comedies are, how general audiences will feel I haven’t the first clue.

McKinnon, as the office’s head of human resources, steals the show, her series of pithy asides, head bobs, smirks, dance moves and oddly crooked gestures so continuously hysterical it’s almost like she’s on a different level than every other single member of the film’s remarkably talented cast. Much like she did with Ghostbusters, this dynamo of comic electricity enlivens every moment, and whether it’s talking about her collection of pet parrots, joining Corddry on the dance floor or talking about which donuts are allowed in the morning (and which are unacceptable) her genius is unparalleled.

As for the rest of the actors, most of them are in decent form even if they aren’t necessarily doing a single thing we haven’t seen from them before. Miller is a kinder, gentler version of his “Silicon Valley” persona, Bateman and Aniston are channeling Horrible Bosses, Munn a combination of her acerbic nerd fantasy woman familiar to fans of “Attack of the Show” and “The Newsroom,” while Bell and Corddry are, well, Bell and Corddry. Mostly this is a plus, especially as it pertains to Miller and Munn. Sometimes it’s status quo, Bateman, Aniston and Bell appealing, but not really stretching themselves in any discernible way. As for Corddry, his shtick is growing tiresome, and while he isn’t exactly around that much, he is just enough that he grated on my nerves something fierce. 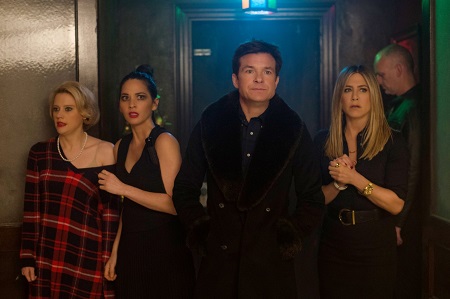 It should be noted that, even with six credited writers working on the project (including directors Gordon and Speck), there is only the thinnest of scenarios at play, and for much of the film’s running time whether they were actually allowed to or not it feels as if the cast is improvising like mad. The freewheeling nature can be amazing, but it can also be messy and unfocused, things happening for no real reason other than to reach an end point where everything is resolved and the audience is left happy. If the film could have been tighter, if the fat could have been cut, it’s likely I’d have left the theatre happy. As it is, there’s so much stuff that flies this way and that the ungainly nature gets tiresome, making enjoying things start to finish difficult.

Still, when it is funny, Office Christmas Party can be a hoot, and it’s always nice to see firebrands like McKinnon getting an opportunity to strut their stuff so magnificently. But Gordon and Speck can’t hold it all together, things spiraling in so many different directions their bits of emotional pabulum that they toss in willy-nilly throughout fall achingly flat. It’s seasonally dysfunctional in ways that cannot be overcome, and while I laughed, I did not laugh enough to make sitting through the film as a whole worthwhile. 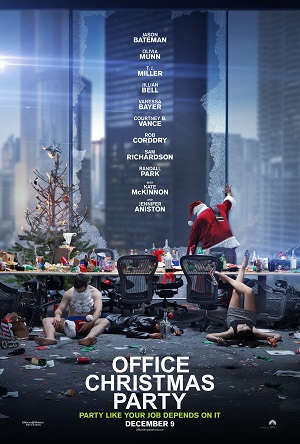