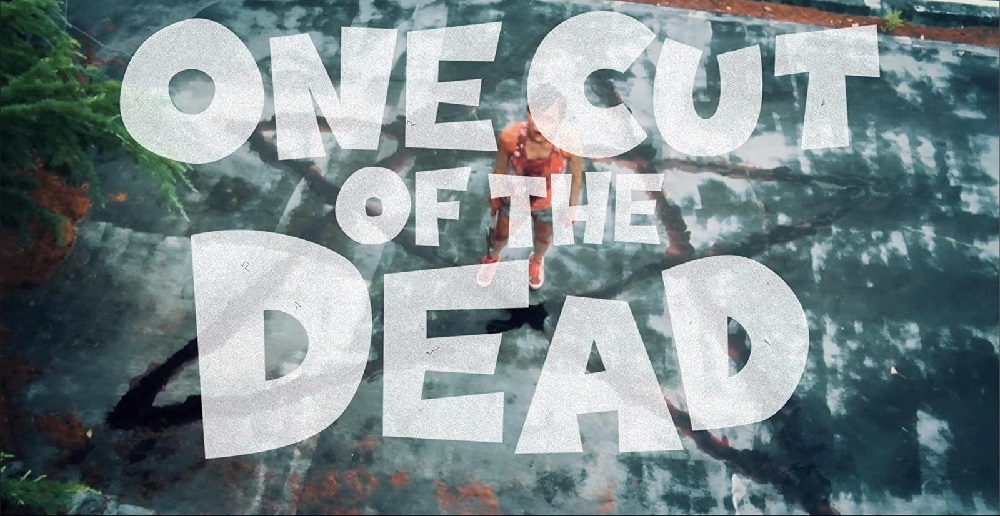 A small group of independent filmmakers making a zombie flick end up in the middle of an actual zombie apocalypse…or are they?

Low budget Japanese import One Cut of the Dead is one of those festival favorites that actually lives up to every ounce of the hype. Director Shin’ichirô Ueda’s almost instant cult sensation is a fast-paced, incredibly inventive genre mashup where knowing as little as possible about the actual plot is all for the best. Go in blind on this one if you can.

Here’s what I will say about the plot: The story begins with a renegade group of filmmakers led by despotic director Takayuki Higurashi (Takayuki Hamatsu) shooting a low budget zombie movie in an abandoned warehouse. After an argument with his star Aika Matsumoto (Yuzuki Akiyama), just as the group restart shooting they all find themselves right in the middle of an actual zombie apocalypse. Running for their lives, Higurashi decides to keep filming, almost as if he’s determined their collective survival isn’t anywhere near as important as finishing the scene.

Is this really what’s going on? I’m hesitant to say anything more. It’s best to discover just all of the tricks and twists Ueda has in store for the audience without knowing anything additional. Suffice it to say, this is not the film-within-a-film zombie comedy that short synopsis makes things sound like. Instead, this is an inventive, distinctly original tale that flips the script at least three or four times, bucking convention at seemingly every opportunity.

Can it get a little too tricky for its own good? Yes. Do the constant shifts in tone and point of view make relating to most of the core characters a little bit difficult? Somewhat, but near as much as one might assume going in. No, One Cut of the Dead is so much fun, so giddily enthusiastic, so gosh darn entertaining, any little nitpicks or faults I could bring up to verbalize feel so minor speaking them aloud is borderline laughable. This is a great little movie. Watch it at once.

Not a lot, but the “GoPro” sequence featuring the opening one-take opening to the film is an essential watch. A little hard to hear the dialogue but that doesn’t make this extra any less awesome.

One Cut of the Dead lives up to the hype. It’s pretty amazing, and it doesn’t matter if one enjoys zombie horror-comedies or not as Shin’ichirô Ueda’s delightful little gem works for just about everyone, it’s innovative and imaginative eccentricities a constant delight. This collectible steelbook release is pretty much perfect, and fans are urged to add this release to their personal libraries right away. 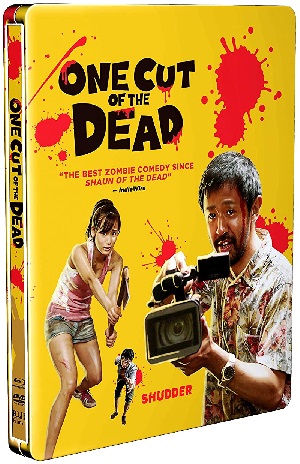