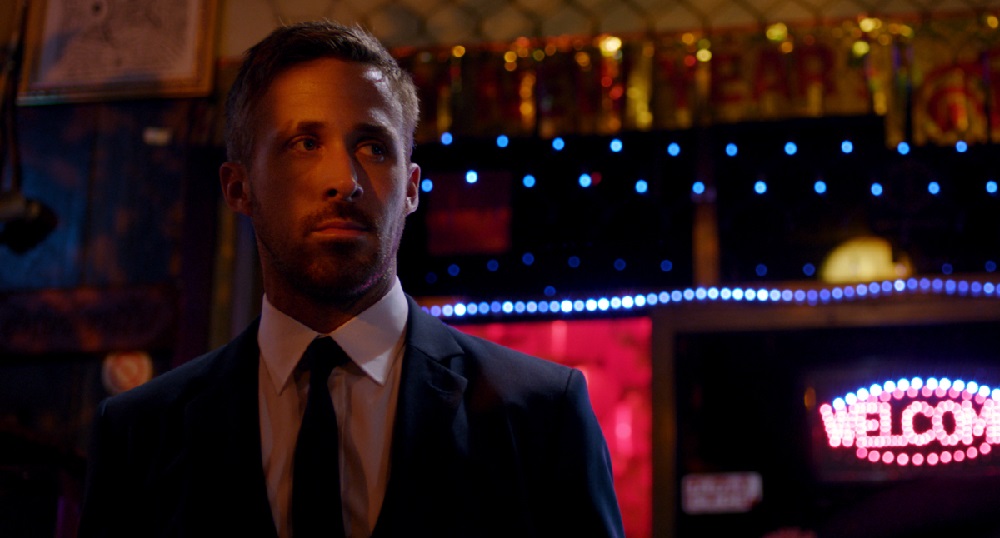 American expat Julian (Ryan Gosling) runs a boxing club in Thailand with his brother Billy (Tom Burke). It is a front for their narcotics business, the pair part of an international organization fronted by their domineering, all-powerful mother, Crystal (Kristin Scott Thomas). 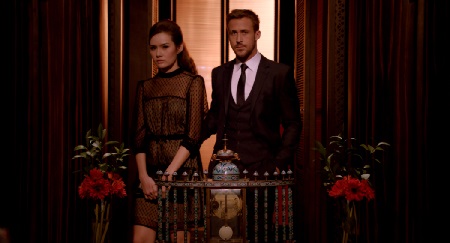 After raping and murdering an underage prostitute, Billy is killed by the girl’s grief-stricken father under the direction of an all-powerful local detective, Chang (Vithaya Pansringarm). Freshly arrived from the U.S., Crystal demands justice for her favorite son, showering expletives upon Julian for not taking revenge upon the officer. Conflicted, he must decide if Chang is the villain his mother perceives him to be and if justice would be served with his murder, his familial loyalty put to the test at the same time this wraithlike warrior of judgment is closing in, preparing to bring his sword of vengeance down upon both their heads.

Only God Forgives is Nicolas Winding Refn’s follow up to his cult favorite Drive, the writer/director reteaming with that film’s star Gosling for this project. While not the stunning achievement their first effort was, this new endeavor does fit very much in line with many of the filmmaker’s previous works, most notably the almost silent Viking-era thriller Valhalla Rising. Spectacularly photographed in a hazy series of reds, blues and greens by cinematographer Larry Smith (The Guard), featuring an aggressively visceral score filled with Thai influences by Cliff Martinez (Traffic, The Company You Keep), the movie is still a threadbare minimalist shell devoid of character, plot and nuance, and as pretty as it all might be visually the realization there’s no heart beating underneath this human shell is readily apparent almost right from the start.

In some ways it as if Refn set out to remake Alain Resnais’s Last Year at Marienbad but with a bloody, revenge-fueled martial arts twist. The movie is all show, little substance, the whole thing a series of machismo-filled images one crashing against the other with Machiavellian-tinged influences sprinkled liberally throughout. Unlike Drive, nothing like Pusher or Bronson, there is no undercurrent of thought-provoking emotional duress added to this equation, and as aggressively beefed up and beautiful as all of this looks and sounds never once did I attach myself emotionally to anything taking place.

What was the point? Why should I care? Does the outcome matter? Where should my feelings lie? These questions kept assaulting me as I watched the movie, an answer to any of these, or to any similar ones, not exactly forthcoming. The whole movie postures, harangues and caterwauls, it saunters and it struts, it does all of that and more but not once does it connect, at least not in any lasting wsy, and while the images themselves can be rather haunting, the emptiness pervading this enterprise wasn’t something I could bring myself to shake.

That’s not entirely fair. Rhatha Phongam has some intensely effective moments as Mai, a Thai prostitute with a deep, unexplainable connection to Julian, their relationship leading to some striking sequences, most notably in how they silently move, mix and touch one another, speaking almost entirely with their eyes and little to nothing else. She also has a great showdown scene at a dinner table with the always superb Thomas, her Shakespearean monstrosity of a mother toying with her beleaguered son’s most prized treasure in a blitzkrieg of carnal insensitivity that’s explosively unsettling. 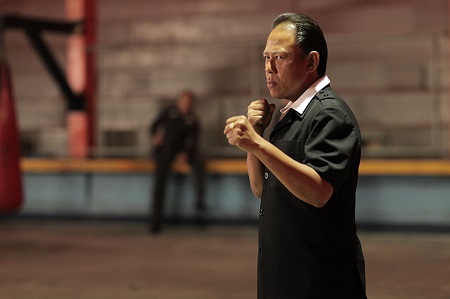 In all honesty, though, that’s really about it far as the excellent stuff is concerned. While there are some interesting scenes to be sure, while it goes without saying that Refn remains a dynamic filmmaker who knows how to push buttons and excels at making his audience as uncomfortable as possible, if there isn’t a reason to care about the outcome what does it matter if these moments have individual power or not? When the conclusion is forgettable, when the outcome is of no concern, when the bits in the middle play like intriguing, disconnected vignettes more than they do anything else, the lack of substance is an omnipresent failing, one that keeps the movie puttering in neutral for almost all of its leisurely paced 90 minutes.

I have a feeling I will revisit Only God Forgives at some point in the future. Maybe when I do my opinion towards it will soften. But for right now, as of this moment, I just can’t grasp what exactly it was Refn felt he was trying to do, his theological musings a twisted muddle of platitude and cliché overflowing in bluster but with little of weight or meaning to back it all up. It’s empty, practically every second of it, and while the filmmaking is impressive from a technical standpoint, the storytelling powering it all towards its violent conclusion is frustratingly anything but. 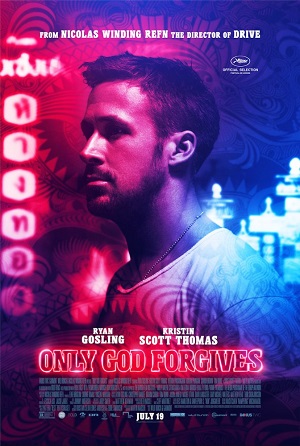