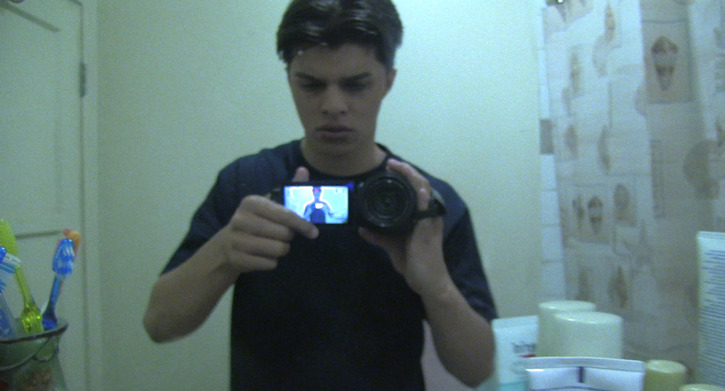 Paranormal Activity: The Marked Ones (2014)

It is 2012. Oxnard, California teenager Jesse (Andrew Jacobs) has just turned 18 and has graduated from High School. With the summer to figure out what he wants to do next, he hangs around the neighborhood with best friends Hector (Jorge Diaz) and Marisol (Gabrielle Walsh) recording many of the crazier exploits for them to look at and laugh about later, much to the amused consternation of his loving grandmother (Renee Victor). 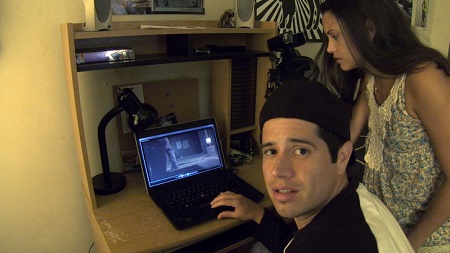 Things go a little haywire when mysterious downstairs neighbor Anna (Gloria Sandoval) is shot by Oscar (Carlos Pratts), the valedictorian of Jesse’s graduating class, who just before throwing himself off the roof of the church warns his former classmate he, too, has been marked for something devilish and demonic. With Hector and Marisol by his side, the perplexed teen attempts to figure out what is going on, discovering ties to mysterious paranormal experiences that have afflicted fellow Californians for quite some time now.

Calling Paranormal Activity: The Marked Ones a spin-off is a bit of a misnomer, as in all reality even though it deals with new characters and a slightly different setting it follows in the mystically unsettling found-footage footsteps of its predecessors more or less right down the line. More than that, series writer Christopher Landon (he’s been scribbling up the screenplays since Paranormal Activity 2), making his directing debut with this outing, goes out of his way to tie things together, making sure Jesse’s adventure isn’t far removed from the one being chronicled in the first four films. The mythology keeps coming full circle, and while the loop is broadening its central focus is the same now as it ever was back when the first film became a surprise hit back in 2009.

I will say that this new film, freed from suburban blandness, featuring an ethnically rich cast of youngsters (sadly not entirely free from stereotypes and clichés), is a definite step up from the bland unsatisfying sameness of Paranormal Activity 4. On top of that, for the first time since maybe the first film emphasis on character building takes center stage, the friendship between Jesse and Hector the main focal point behind much of what is going on. There are some great bits of wide-eyed whimsy as the pair begin to explore the supernatural phenomena that at first seems to be granting the former an amazing set of preternatural powers (echoes of Chronicle notwithstanding).

Be that as it may, it’s still hard not to get the feeling much of this is growing a little stale. I can’t say I was ever put ill at ease by much of what was happening, and as far as scares were concerned tension doesn’t develop if you can see the twists, turns, shocks and supposed surprises coming from a quarter-mile away. The ending is as open-ended as any of the previous chapters, but while I appreciated how things all looped back around to the beginning I can’t say I’m particularly curious to see where things are headed towards next.

There’s the rub. The central mythos behind these Paranormal Activity adventures is intriguing, but the meandering nature propelling The Marked Ones onward is growing tiresome. It’s getting played out, the handicaps of the ‘found footage’ framing device starting to handicap the proceedings more than they are helping it rustle up tension or scares. While I like that Landon has put the focus back on the characters, he needs to work harder in regards to strengthening the central mythologies a bit more succinctly, the overall overfamiliarity taking its toll. 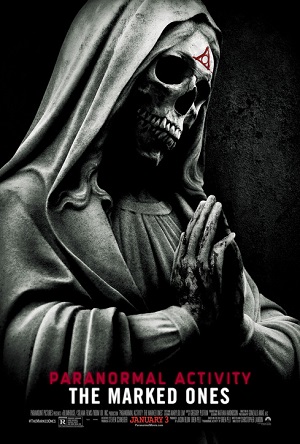