Once upon a time, the demigod son of Poseidon Percy Jackson (Logan Lerman) saved the world, but seeing how he’s currently getting on at sanctuary and school Camp Half-Blood you’d never know it. He’s bested at every turn by Clarisse (Leven Rambin), daughter of Ares, teachers Mr. D. (Stanley Tucci), that’s Dionysus to the rest of us, and Chiron (Anthony Head) beginning to think their star pupil has lost some of his mojo. The lad needs a new quest to embark upon, best friends Annabeth (Alexandra Daddario), daughter of Athena, and Grover (Brandon T. Jackson), a satyr, sure that’s all it would take for him to return to form. 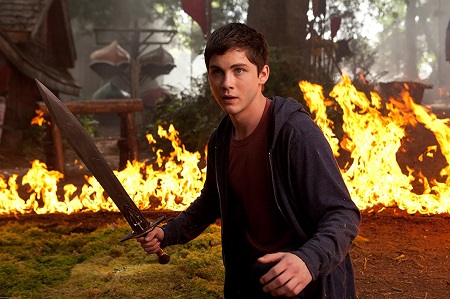 Careful what you wish for, because apparently lightning thief Luke (Jake Abel), son of Hermes, didn’t die tragically during his last encounter with Percy, the angry, frustrated demigod with daddy issues hatching a new plan to bring about the end of Olympus. Not only has he weakened the shield surrounding Camp Half-Blood, he’s after the fabled Golden Fleece, wanting to use it to revive Kronos, the cannibalistic father of the Gods, certain that by doing so he’ll be handsomely rewarded while also seeing those he perceives as wronging him suffer unimaginable torment. It’s up to Percy to save the day, the lad joined by Clarisse, Annabeth, Grover and newfound Cyclops half-brother Tyson (Douglas Smith) in a quest to do just that.

I didn’t mind Percy Jackson & the Olympians: The Lightning Thief all that much, even if overall the fantasy-adventure based on Rick Riordan’s popular young adult novel didn’t do a heck of a lot for me, that Chris Columbus effort hardly born of the same pedigree or given the same love and care his take on Harry Potter and the Sorcerer’s Stone received in 2001. But the thought it was going to get a sequel, that other adaptations of Riordan’s works would be forthcoming? That never entered my mind, and even if there were plenty who enjoyed the 2010 flick way more than I did that didn’t mean I felt there were enough of them or that box office receipts were strong enough to merit a follow-up.

Guess I was wrong. Not only does Percy Jackson: Sea of Monsters exist, studio 20th Century Fox is giving it a prime summer release thinking the film might do better at the domestic box office than its predecessor. It’s a major release, and while I’m assuming the budget wasn’t titanic, that doesn’t mean the studio still isn’t going all out as far as marketing, 3-D conversions and theatre counts are concerned.

None of that has anything to do with overall quality, and considering Columbus has given the director’s chair over to Hotel for Dogs and Diary of a Wimpy Kid helmer Thor Freudenthal, coupled with the fact the majority of the first film’s adult cast, including Pierce Brosnan, Catherine Keener, Sean Bean and Steve Coogan, declined to return, one’s aspirations for the sequel aren’t exactly high. Truth of the matter is that this second chapter in the Percy Jackson saga doesn’t aim particularly high and, as such, doesn’t score very many points, getting by more on the collective strengths of its returning cast members (Lerman, Abel, Daddario and Jackson), as well as the effervescent spunk of some of the newcomers (namely Serenity and “Castle” vet Nathan Fillion, Tucci and Rambin) than it does on anything else. 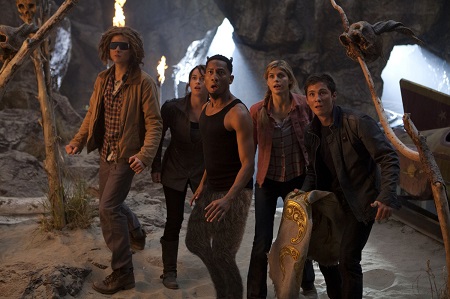 Not that setting sights so low is a bad thing. The movie doesn’t waste a lot of time going off on unnecessary tangents save those it actually wants to invest in, notably a foray into Hermes’s delivery world, which is admittedly a UPS product placement that allows Fillion a few moments to riff, freelance and shine, keeping the focus on the central narrative for the majority of its 106 minutes. Freudenthal gives his young cast center stage and lets them run wild, and while none are exactly stretching (after The Perks of Being a Wallflower, it’s obvious Lerman is capable of much, much more) not a one of them is embarrassing themselves, either.

But much like its predecessor, Percy Jackson: Sea of Monsters is instantly forgettable, and while the worlds of gods and demigods is relatively different than that of wizards, warlocks, talking lions, wardrobes to different dimensions, dwarves, hobbits and dragons, it’s not so much so to make all that great a difference. There’s little, if anything, new here, and it isn’t like Freudenthal is an imaginative director who could infuse this kind of spectacle with inventive bursts of inspiration. It’s all straightforward and workmanlike, nothing more, and sadly nothing less, and by and large I’m not entirely sure who is going to find the watching of the film so gosh darn amazing they’d want to plunk down 3-D ticket dollars to see it in an actual theatre. 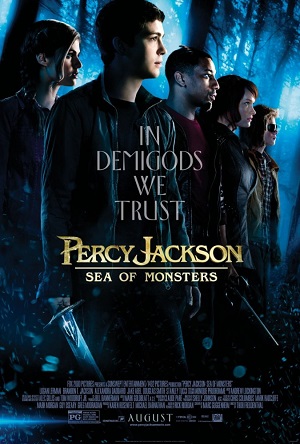