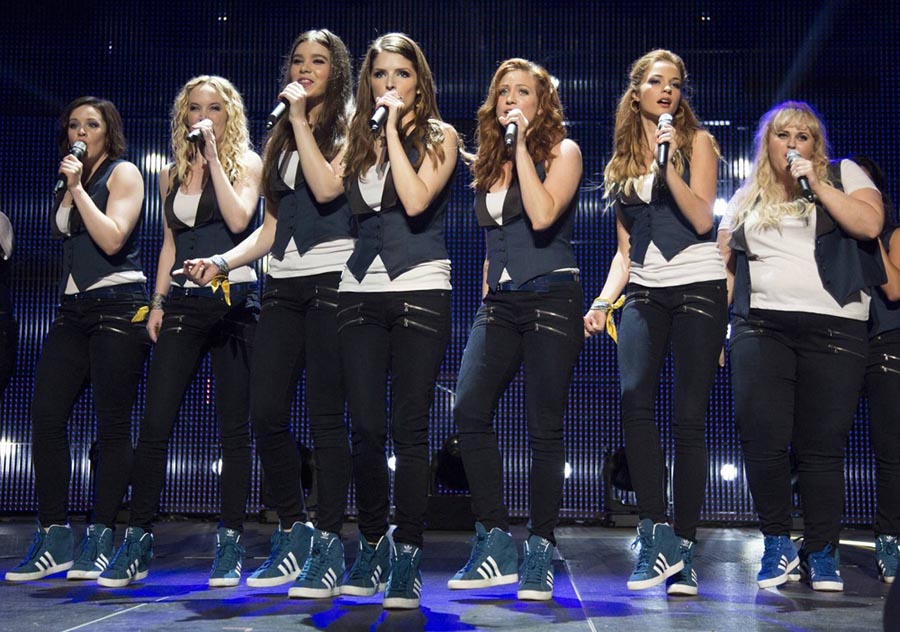 The general rule is that comedy sequels rarely, if ever, work. Ghostbusters 2? Terrible. The Hangover Part II and The Hangover Part III? Both close to unwatchable. Grown Ups 2? Even worse than its predecessor – which is saying something, considering the first was fairly terrible in and of itself. The Nutty Professor 2: The Klumps? Irredeemable in every way. Caddyshack 2? The less said about that all-time disaster the better. What’s more, this list isn’t even the tip of the iceberg, the sheer volume of putrid cinematic tedium filling the comedy sequel Hall of Shame mortifying in its enormity.

It is into these waters, then, that Pitch Perfect 2 fearlessly wades, confident in its certainty that it will not fall to the same frustratingly disappointing, borderline infuriating fate of so many of its genre predecessors. Directed by producer Elizabeth Banks (who also returns as a quippy a cappella play-by-play announcer), with another assertive and self-assured screenplay by Kay Cannon, this is a rare sequel that is more than content to be what it is and not try to overreach. The filmmakers understand what made the 2012 surprise hit first film work, realize that they are not trying to reinvent the wheel, and as such they’ve crafted a second narrative for the Barden Bellas that’s actually a heck of a lot of fun.

Not that there are no speed bumps along the way. Rebel Wilson was the last effort’s breakout star, that goes without saying, but that doesn’t mean her “Fat” Amy should become such a focal point for the madness and mayhem this time around. The sequel puts her front and center far too often, and while the actress is still an undeniable screen-stealing talent, as far as this character is concerned less is most definitely more. If anything, I found myself shrugging and squirming in my seat every time she took the spotlight, and while some of her bits do produce chuckles, the majority left me decidedly cold.

There’s also a rather ho-hum dynamic running through one of the film’s subplots involving Anna Kendrick’s wannabe music producer Beca, her reticence to reveal to her fellow Bellas that she’s gotten a plum internship at a local record label (they’re producing a Christmas album for Snoop Dogg) not exactly overflowing with drama. While there are laughs and giggles infused within these bits, how they relate back to the Barden singers and their close-knit sisterhood is tenuous at best, pointless at worst, everything building to a throwaway resolution that, while honest, isn’t exactly worth all the effort it took to get there. 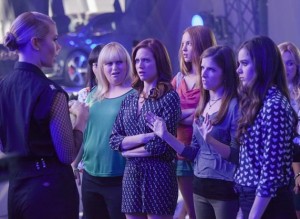 But the basic plot itself? The reason this sequel purports to exist? On that front Banks and Cannon do both themselves as well as their gaggle of talented actresses proud. Yes, all of this climaxes at another competition (this time a World Championship event against the best a cappella groups from around the world). Yes, everything that transpires is ignited by an unfortunate on-stage calamity that stops the Bellas embarrassingly cold (Fat Amy splits her pants – sans underwear – in a special Kennedy Center performance in front of the President and the First Lady on the former’s birthday). Be that as it may, the film knows these characters and their world with emphatic clarity, the Bellas path to redemption, as obvious as it might be, an awfully difficult one to resist.

Hailee Steinfeld makes for a wonderful, spunkily energetic addition to the cast (she’s Emily, an excitable newcomer with a knack for writing her own original songs), while a detour shepherded by an almost unrecognizable David Cross into the world of underground a cappella fighting is gloriously hysterical. The main foils standing in the Bellas’ way this time around is a German group calling themselves “Das Sound Machine” and they are a total hoot right from the start, their staging of a certain Muse anthem magnificent in its melodious insanity.

I can’t say Pitch Perfect 2 hits all the right notes, and it certainly isn’t the out-of-left-field treat its predecessor was. At the same time, Banks and her talented group of actors and filmmakers have done a nice job, composing a solid, fitfully funny operetta that’s far more of a treat than comedy sequels more often than not have proven themselves to be. It’s an entertaining lark, the tune I was humming as I exited the theater an undeniably pleasant one. 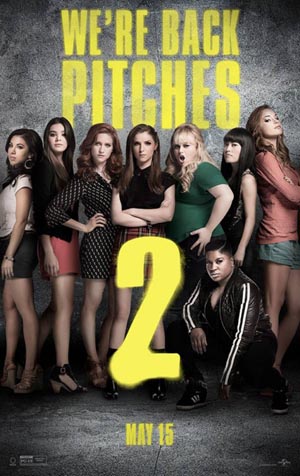