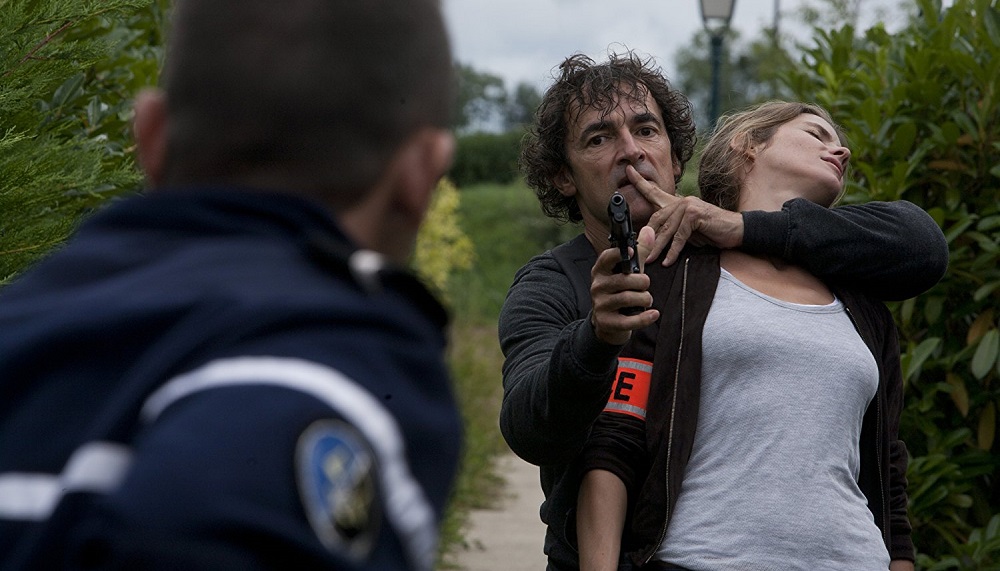 Bank robber Franck Adrien (Albert Dupontel), with over two-million in Euros from his last heist still safely hidden, has busted out of prison even though only a few precious months remain on his sentence. Why? His former cellmate, the timidly reserved, physically unimposing Jean-Louis Maurel (Stéphane Debac), has proven to be anything but what he appeared, the innocence-proclaiming everyman actually a sadistically intelligent serial killer. More, he has designs on Franck’s wife Anna (Caterina Murino) and their beautiful adolescent daughter Amélie (Jaïa Caltagirone), and he’s eyeing making them his first victims now that he’s a free man. 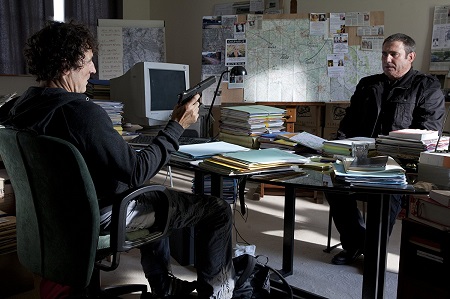 Things are even worse than they initially appear. Not only is Franck being hunted by a dogged detective, Claire Linné (Alice Taglioni), Maurel, with aid of his own psychologically unbalanced wife Christine (Natacha Regnier), is systematically framing him for all his former, still unsolved murders. With time running out and Linné right on his tail, the escaped con turns to disgraced former gendarme Manuel Carrega (Sergi Lopez) for help, the pair joining forces to turn the tables on the serial killer, hopefully saving Amélie’s life in the process.

The influences inspiring director Eric Valette’s French thriller The Prey (La Proie) are obvious. A hint of Silence of the Lambs here, a dash of The Fugitive there, a smattering of The Bourne Identity, Tell No One and Point Blank liberally sprinkled throughout, it isn’t like the script by Laurent Turner and Luc Bossi isn’t without its predecessors. As novel as aspects of the central conceit might be, I can’t in all practicality call any single part of this movie original, and as such the power it ends up having to emotionally involve me in the proceedings is more on the muted side of the equation than it has any right to be.

At the same time, Valette, showing misbegotten American efforts One Missed Call and Super Hybrid might not have been all his fault, directs with authoritative brio, and no matter how silly the narrative might get or how overly-familiar elements prove to be, the sense of urgency rippling throughout is evident right from the start. Better, he gives his talented cast room to breathe, allowing Dupontel to take command nicely. The director juggles all of the aspects of the scenario with confidence, none of the three main stories transpiring within the confines of the film losing their focus, all of them coming together beautifully during the film’s energetic climax.

Does it all work? No, the script playing fast and loose in ways that are moderately laughable. But the characters are strong, and I did like that Turner an Bossi were willing to go in directions both unsettling and surprising, showing a willingness to brutally dispatch people you care about in ways that intelligently raises the stakes for Franck honestly and with believable tragic gusto. While where all of this is headed isn’t much of a shock, how the film gets there sometimes is, little bursts of ingenuity popping up at just the right moment.

I find I am willing to go easy on The Prey for a multitude of reasons, the chief of which being Franck’s situation is such a punch to the gut I couldn’t help but root for the guy. On top of that, Valette doesn’t try and gloss over the reasons for his being in jail, doesn’t attempt to transform him into something he is not. This is a man driven by his own rules and his own sense of ethics, his moral code seeing the world in a manner few would ever agree with. But he’s also a loving husband and father, his pursuit of Maurel wholly justified even if Franck’s relationship with the law isn’t exactly above board. Valette’s latest manages to hold its own, the thriller a pleasing alternative to the high-gloss, big budget sturm und drang of so many of the Hollywood tentpoles currently taking up space inside an overly crowded multiplex. 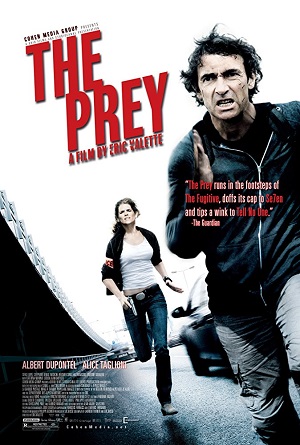