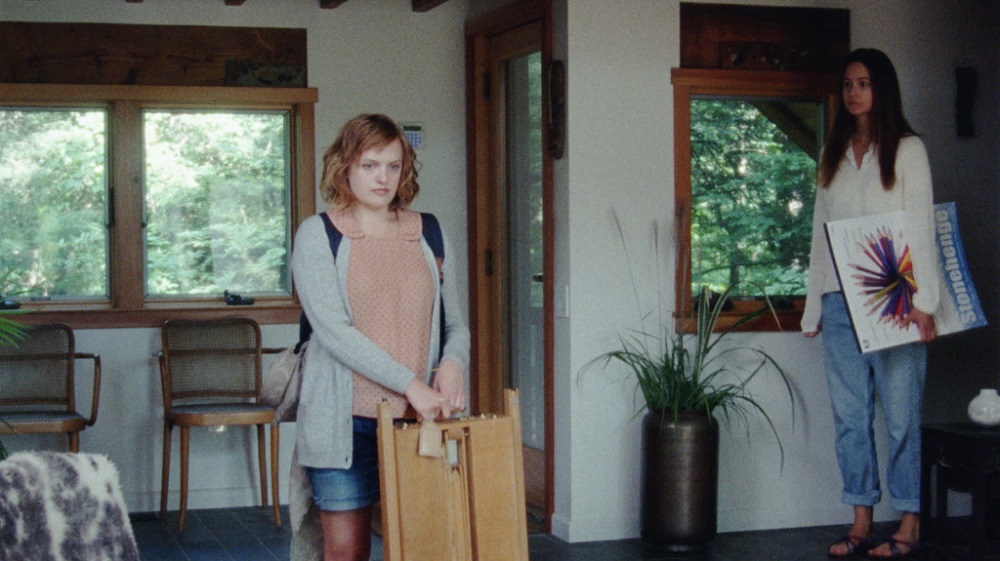 Childhood friends Catherine (Elisabeth Moss) and Virginia (Katherine Waterstone) have experienced just about everything together. But when the former suffers a pair of crippling blows – the death of her famous artist father whom she also managed as well as the dissolution of her relationship with longtime boyfriend James (Kentucker Audley) – it’s not entirely clear if the latter is going to be able to weather the psychological storm. The pair holdup in Virginia’s secluded family lake house, attempts at understanding and solace hindered by memories of past visits as well as the arrival of the woman’s plainspoken townie beau Rich (Patrick Fugit). 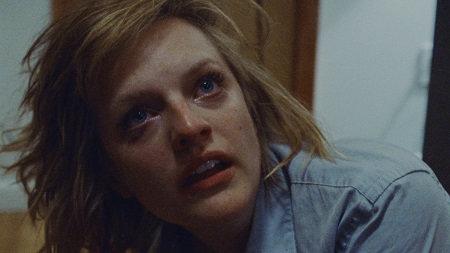 Acclaimed indie director Alex Ross Perry’s (Listen Up Philip, The Color Wheel) latest Queen of Earth is the idiosyncratic auteur’s best film yet. It’s also one of the better motion pictures I’ve had the good fortune to see so far this year. A complex, cripplingly emotional saga of fraying friendship, devastating depression and unendurable psychosomatic trauma, this drama travels to interior corners of the human condition difficult to look at yet equally impossible to turn away from.

Both Moss and Waterstone are sensational. The former, coming off the dual success of her triumphant arc on the final season of “Mad Men” as well as her compelling turn in last year’s criminally unappreciated gem The One I Love, gives as bravura a performance as any a person is likely to have the good fortune to see. She bounces from one emotion to the next, speaking volumes by saying so little, letting her movements and her gestures do so much of the talking for her. She finds ways to express things that continually amaze, never overplaying her hand to the point of camp achieving a heartbreaking intimacy that’s breathtaking.

In many ways Waterstone has the more thankless task, forced into being the observer to her costar’s devolution essentially becoming the audience’s eyes and ears to all that’s transpiring. Yet she manages to craft her own, deeply individualistic characterization all the same, finding facets of Virginia’s temperament and persona that surprise on almost every level. As great as she was in 2014’s Inherent Vice she’s even better here, becoming the heart and the soul of the motion picture making the horrific travails to come all the more upsetting in the process.

Perry deftly juxtaposes two different time periods, each showcasing where Catherine and Virginia were during specific days of the week exactly one year apart. It’s almost as if they’re wholly different people during these moments, each of them basically trading places over the course of just 365 days. They say things that hurt the other yet also lend out helping hands and loving embraces just when things appear to be their bleakest, the breadth and the depth of their friendship and love always on display no matter how extreme things become. 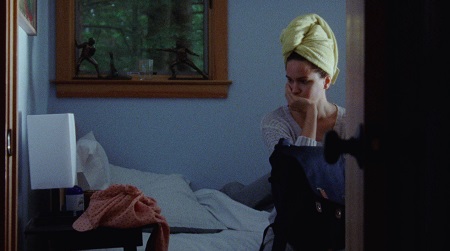 The difference is that Virginia manages to find a way back into the light, figures out how to overcome her depression and regain footing as she moves forward into a new dawn. By all accounts, as smart and as talented as she might be, when things fall apart it becomes apparent Catherine might not be as capable of doing the same. More, as much as her friend wants to help and desires to be there she’s ill-equipped to do anything of consequence, everything possibly leading to a place of ruination that might not be feasible to overcome and recuperate from if catastrophically achieved.

Queen of Earth isn’t an easy sit, and I can’t say all will be as impressed by Perry’s feature as I was. But for viewers willing to look at pain and trauma with unflinching resolution, for those eager to experience friendship and camaraderie on a level that’s almost too codependent for words, this is a masterclass of emotional layering that’s as subtle as it is all-encompassing. An extraordinary achievement, Perry proves himself to be a fearless filmmaker willing to go places others would shy away from, his latest endeavor a glorious triumph bordering on magnificent. 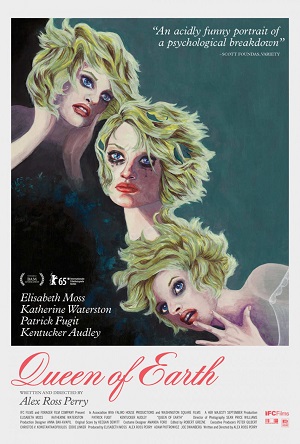