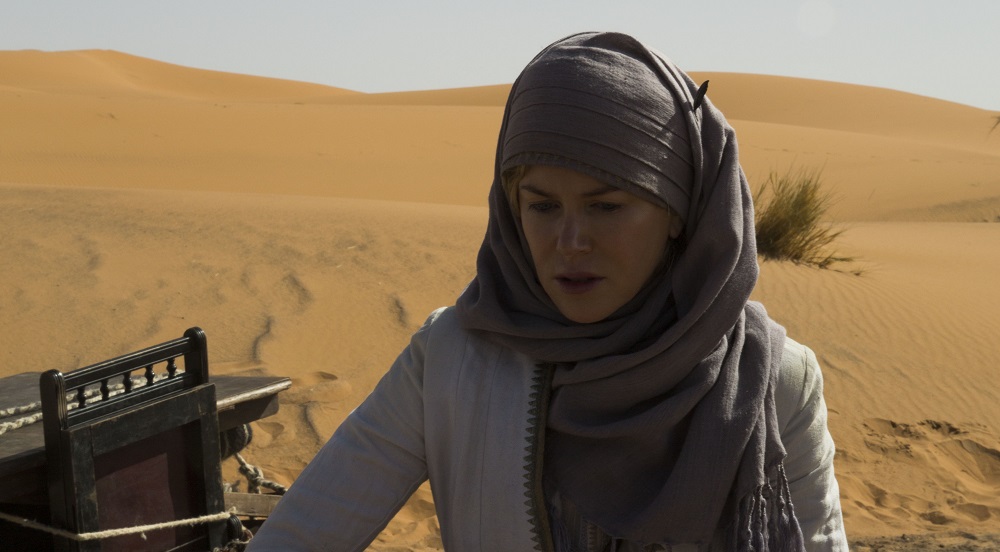 German auteur Werner Herzog is as great a working filmmaker as there is living today. Fitzcaraldo, Aguirre, the Wrath of God, Nosferatu the Vampire, Grizzly Man, Rescue Dawn, Cave of Forgotten Dreams, these are feature films and documentaries where the titles alone clearly speak for themselves. He is a master craftsman fascinated by the unfathomable idiosyncrasies of the human experience, especially as they pertain to Nature’s influence upon them, the ways in which people interact with their surrounding, and vice-versa, a core theme that runs through just about every film the director has ever made. 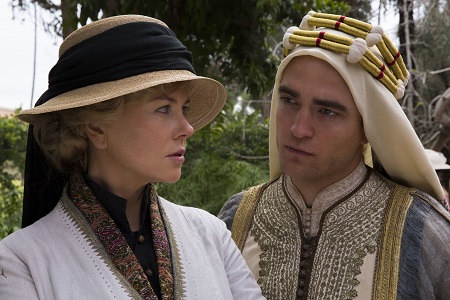 All of which would lead one to believe Herzog would be a brilliant choice to write and direct a biopic about famed British archaeologist, cartographer, writer, photographer, spy and explorer Gertrude Bell, the woman’s exploits throughout the deserts of Arabia before and after World War I legendary. She wrote a number of famous books, was one of the few women to hold political power in the British Empire during the early decades of the 20th century, became friends with T.E. Lawrence and traveled the deserts of the Middle East as if she had been born to them. In fact, there’s so much to the woman’s story it’s impossible any one movie could ever do it justice, the sheer volume of history she viewed, documented and helped shape before her death at the age of 57 in 1926 simply staggering.

But if there were a filmmaker up to the challenge of doing it, how could it not be Herzog? And yet, even with Nicole Kidman turning in a lovely, quietly powerful performance as Bell, even with a bevy of solid supporting performances from the likes of James Franco, Robert Pattinson, Damian Lewis, Jay Abdo, David Calder and Jenny Agutter, even with Peter Zeitlinger’s (Into the Inferno) stunning cinematography, Queen of the Desert still ends up as nothing more than a colossally head-scratching disappointment. It is a beautiful yet oddly lifeless drama, one that rarely engages the senses or provokes an emotional response. The movie is a picturesque travelogue that never reveals anything about Bell that isn’t readily apparent right there on the surface, the script never digging deep enough to reveal the myriad of nuances that drove this woman to such spectacular, world-shaping heights.

Two main plot threads that are moderately revealing are Bell’s dual romances, the first with a British Embassy official in Persia, Henry Cadogan (Franco), just before the turn of the century, the second with married British officer Charles Doughty-Wylie (Lewis), stationed in Arabia just before the onset of WWI. These tragic affairs, at least according to Herzog, have a profound impact upon his heroine, substantially augmenting her love affair with the desert and its various inhabitants in lieu of her inability to secure a life alongside either of these two men. It’s an interesting detail, and Kidman plays her scenes with both actors skillfully, her reactions when she learns about what has happened to them absolutely heartbreaking in their subtly shattering minutia.

Sadly, as terrific as the Oscar-winning actress is in these moments, it’s not like Herzog spends enough time on either relationship for them to be as concrete and as expansive as he obviously aims for them to be. The same could also be said in regards to Bell’s friendship for T.E. Lawrence (Pattinson). The two pivotal moments depicted here where the two Arabian giants come into contact are abnormally perfunctory, neither revealing anything major about the ins and outs of the post-WWI Middle Eastern situation. While Kidman and Pattinson are wonderful in these scenes, the youthful giddy enthusiasm of the latter coupling with the cagy, mature professionalism of the latter marvelously, like almost everything else in the film they frustratingly add up to very little, this surface-level approach revealing precious little that’s substantive. 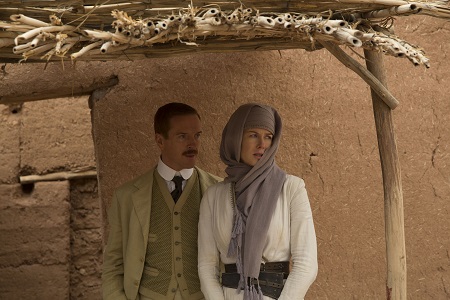 And that’s the movie as a whole. For every amazing scene there are in turn a small handful which look wonderful, are nicely acted and yet still come across as curiously inconsequential. Incredibly fascinating moments begin like gangbusters, like one where Bell finds herself being held prisoner in a desert city under threat to become added to a tribal chieftain’s harem, only to quickly crumble into pointless nonsense, the script refusing to find the intricacies of these situations involving the British adventuress almost as if Herzog constructed things that way on purpose.

I honestly don’t get it. Films like Fitzcaraldo and Aguirre, the Wrath of God covered situations like this and did so magnificently, finding the balance between the natural world and the human one in ways that were complex, intimate and profound. The director has also done the same in his documentaries, most notably with features like Grizzly Man, Cave of Forgotten Dreams and Encounters at the End of the World. Here, though, the melding never holds, and as stunningly picturesque as all of this undeniably proves to be, Queen of the Desert is a barren emotional quagmire, Bell’s incredible story deserving of so much more than this movie sadly proves to be willing to offer. 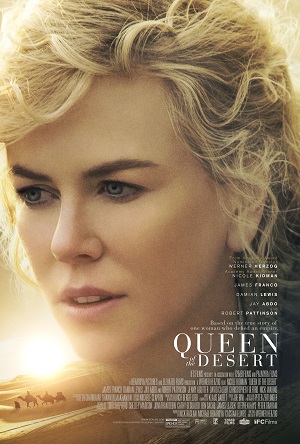