Not to say I always had a clue as to what the point was or where the filmmaker was taking things. Don’t let the film’s lackadaisical manner fool you, this is a sprawling, unwieldy pop culture explosion that isn’t nearly as focused or as coherent as I kept hoping it was going to be. Keeping up with its subjects and its themes is more difficult than it initially appears, and because of that my overall enjoyment was somewhat muted.

But only somewhat. There’s plenty to love about Kolbeins’ doc. Arguably the key figure in his mélange is Japanese manga artist Gengorah Tagame. While I admit I’d never heard of him, it’s immediately eye-opening how well-known his controversial work is all across the globe. His BDSM-themed illustrations have made him a cult figure, and it’s fascinating to learn how much those images have meant to such a diverse community of fans.

Part of this section also features some mesmerizing conversations with Tagame’s friend and fellow G-Men magazine editor Hiroshi Hasegawa. These touch on a variety of topics, mostly concerning the publication’s early days and the long, sleepless nights the men spent getting each issue finalized. They also speak on the early days of AIDS in Japan, and while the conversations are mostly light and cordial it’s equally clear how emotional it is for both Tagame and Hasegawa to recollect on their shared histories.

There are great moments with multimedia artist Nogi Sumiko which are outstanding. Their refusal to live by any labels that might box them into a box they have no business being placed in is honest, circumspect and refreshing. Constructs involving gender and identity are blown completely out of the water in ways that are surprisingly edifying, and I almost wish Kolbeins would have spent more time with Sumiko than he ultimately does.

All of this can be a little overwhelming. There are bits with former drag queen and performance artist Atsushi Matsuda that hint at numerous topics of interest yet were still somewhat lost on me as the director progresses from one subject to the next. I was also a bit perturbed there wasn’t more with Aya Kamikawa, the first transgender elected official in Japan.

Even so, Queer Japan is worth seeing. It’s a look into LGBTQ culture unlike anything I anticipated, and while the universality of many of the life experiences depicted here is clear, there is also an insight into Japanese life that’s continually spellbinding. Kolbeins has crafted a wonderful documentary I’m glad I took the time to see. I’m almost certain curious viewers will undoubtedly feel the same. 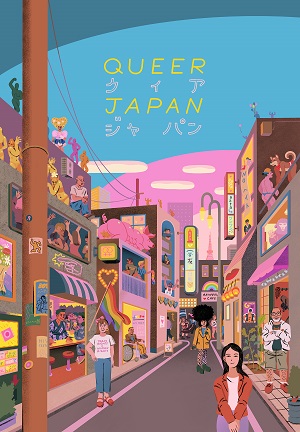