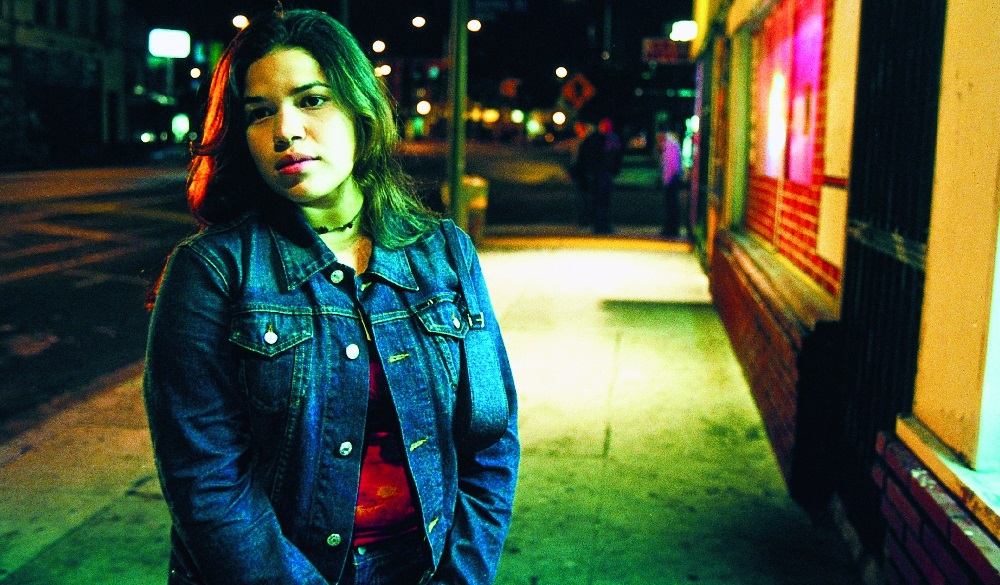 Ana (America Ferrera) has just graduated from Beverly Hills High School. An unlimited future sits right in front of her, a cornucopia of incredible colleges begging her to be a part of their student bodies. That is what Ana’s English teacher Mr. Guzman (George Lopez) believes. If only he could convince Ana’s family to think the same.

It’s mostly her mother (Lupe Ontiveros) that doesn’t understand Ana’s stubborn obsession with education. She had to work, strive and build for her family since she was a child, and she doesn’t see any reason why it isn’t Ana’s turn to do the same now.

What we have here is an age-old battle of wills between mother and daughter. One headstrong and defiant, the other stern, irrational and loving, and neither willing to bend or break. It’s not a very new story, but Real Women Have Curves goes well beyond its familiar plot lines and triumphantly takes its place as one of the year’s best films.

Set in East Los Angeles’ largely Hispanic community, the drama has a vibrant electricity that allows it to explode out of the usual “coming-of-age” box. The troubles Ana is facing are steep. Her sister Estela’s (Ingrid Oliu) dress shop is floundering, her mother’s health is deteriorating and her beloved grandfather (Felipe de Alba) may not have much time left. All of that is more than enough to convince the tortured Ana she should stay in L.A., and her mother’s constant badgering could be the final nail in the coffin keeping her out of college.

A hit at the Sundance Film Festival, this magnificent motion picture is an absolute delight. Everything about it clicks. From Ferrera (in her film debut) and Ontiveros’ pitch-perfect performances to playwright Patricia Cardaso’s sure-handed direction, to George LaVoo and Josefina Lopez’s deft reworking of the director’s acclaimed source material; it’s all extraordinary. All of this feels fresh and alive in ways that all caught me almost entirely by surprise. I don’t think it’s possible I could have loved this one more had I actively wanted to try.

If there is any justice, this juicy and entertaining slice of life will be watched again and again by the same throngs that made the woefully underwhelming My Big Fat Greek Wedding the monster hit of 2002. That film never felt authentic to me. It came across to me as nothing more than a second-rate sitcom, and it’s no secret I loathed almost every single second of that massive box office smash.

Real Women Have Curves is everything that piece of romantic drivel was not. I couldn’t help but become instantly absorbed into this family as well as young Ana’s difficult situation. I was constantly pulling for her to make the right decision while also understanding her reticence to latch onto her drams and hold on for dear life. It’s tough to leave home as it is, but with a mother trying to throw familial responsibility in your face, doing so can suddenly feel borderline impossible.

There is more joy in two frames of Cardaso’s drama than most mainstream comedies can muster in 90 minutes. It is a rousing, deeply cathartic story, one certain to illicit cheers even from the most hard-hearted viewer. I adored it, heart and soul, and I can’t help but think Real Women Have Curves is a cinematic experience I’m going to fondly remember for the rest of my life. 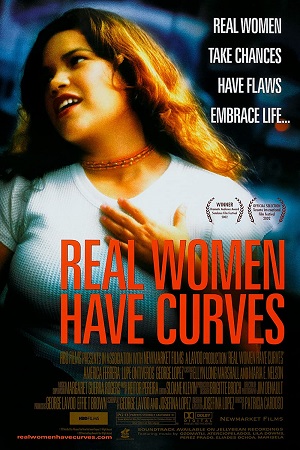