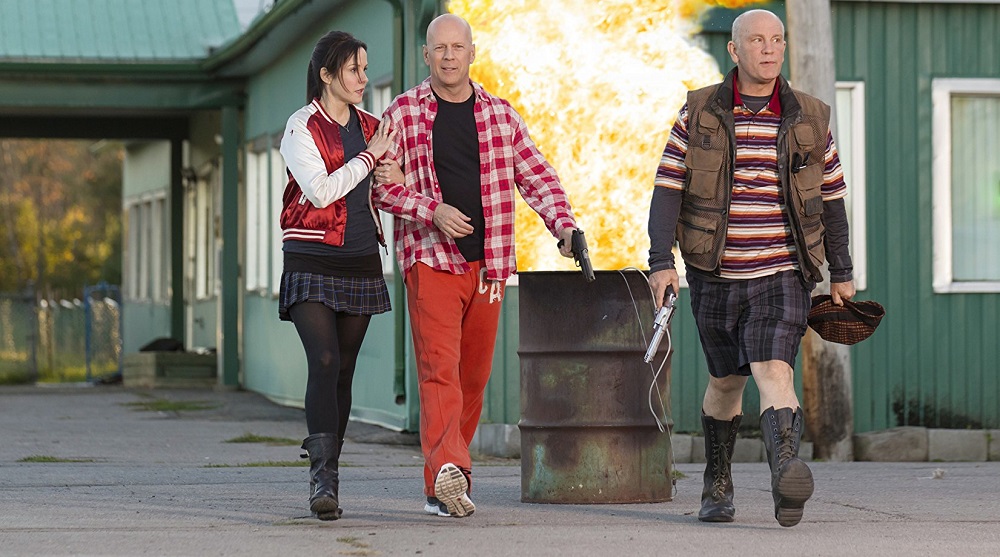 Frank Moses (Bruce Willis) is trying to remain retired. The former, and extremely dangerous, C.I.A. operative wants to live his life away from guns, explosions and other forms of deathly carnage, hoping by doing so he’ll impress girlfriend Sarah Ross (Mary-Louise Parker) while also keeping them both safe in the process. Never mind she wants the danger and the carnage, he’s retired, she’s with him, and maintaining a peaceful façade is what matters, doing so essential to keep those that want to kill him at bay and away from the woman he loves. 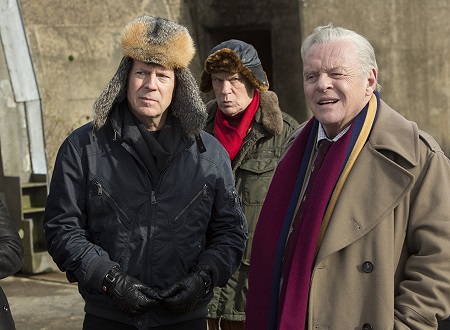 But when a top secret document is leaked onto the internet suddenly all bets are off, Frank, his former ally in demolition Marvin Boggs (John Malkovich) and even Sarah all in danger of being silenced. Forced to hit the road, traveling to London, Paris, Moscow and numerous points in-between all with a government thug, Jack Horton (Neal McDonough), shadowing their every move, a former KGB mole, Katya (Catherine Zeta-Jones), offering assistance and a Korean assassin, Han Cho Bai (Byung-hun Lee), intent on killing them all, the group uncovers a plot so dangerously absurd it could upset the balance of power between the United States and Russia forever.

It all revolves around British scientist Edward Bailey (Anthony Hopkins), a man nowhere near as deceased as the world had assumed, and if the team is going to find him, figure out what’s going on and eventually save the day they’re going to need the help of good friend and former MI-6 agent Victoria (Helen Mirren). Only problem? She’s been tasked with taking them all out, too, and as much as she hates the idea orders are orders, friendship only going so far, especially when disobeying would mean her own certain death.

Pointlessly convoluted yet never annoyingly so, RED 2 picks up where its 2010 predecessor left off, the surviving cast members (Brian Cox even pops up for a couple of scenes) reuniting to again save the world and prove that just because you’re retired that doesn’t make you any less dangerous. Also like the first film, this sequel manages to be far more entertaining and enjoyable than it has any right to be, and as routine as returning scribes Jon and Erich Hoeber’s script might be, it’s filled with just enough witty laughs to make up for many of its more obnoxious shortcomings.

It helps that the cast is still so willing to let their collective hair down and have a grand time playing this particular spy game. They’re all slumming, yet they’re so energetic about it, so jovial mining these cliché depths of bitterness, regret, anger, annoyance, love, patriotism and friendship, that it’s hard not to get swept along in a state of invigorated euphoria right next to them all. Malkovich and Hopkins make the most of every single second of screen time they have, knowing what either of them is going to do or say next impossible. Additionally, once again Parker is a joyous delight, her gleeful, slightly psychopathic joy as to being a part of the group and engaging in such dangerous exploits good for a number of laughs. 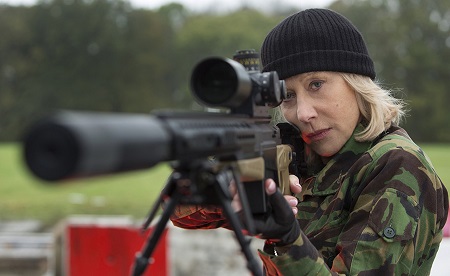 The sequel is too long, clocking in at just under two-hours. Also, certain characters, most notably Zeta-Jones’s Katya, barely register, and there are moments when it feels like they’re part of the proceedings just so another big name actor can make a slo-mo entrance. As for the plot, I’ll give bonus points for using the buzz around Wikileaks and government whistleblowing, but if we’re being perfectly honest there’s not a heck of lot that actually happens regarding that plot point, making it an intriguing insertion that goes pretty much nowhere. Once revealed, the basic plot is rather humdrum, and the only reason there’s any tension at all is because the villain orchestrating events behind-the-scenes is so deliriously unhinged it’s hard to anticipate at least some of their revenge-fueled antics.

But if one enjoyed RED it is safe to assume they are likely to have an equally fine time watching RED 2. New director Dean Parisot (Galaxy Quest) orchestrates events with acerbic amusement, staging a number of energetic and imaginative sequences that captured my attention. While nothing close to a great sequel, it’s still pretty darn entertaining, and if the cast and crew felt the need to return for one more adventure in order to complete the trilogy that would be just fine with me. 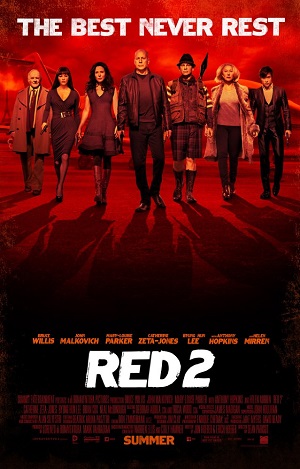