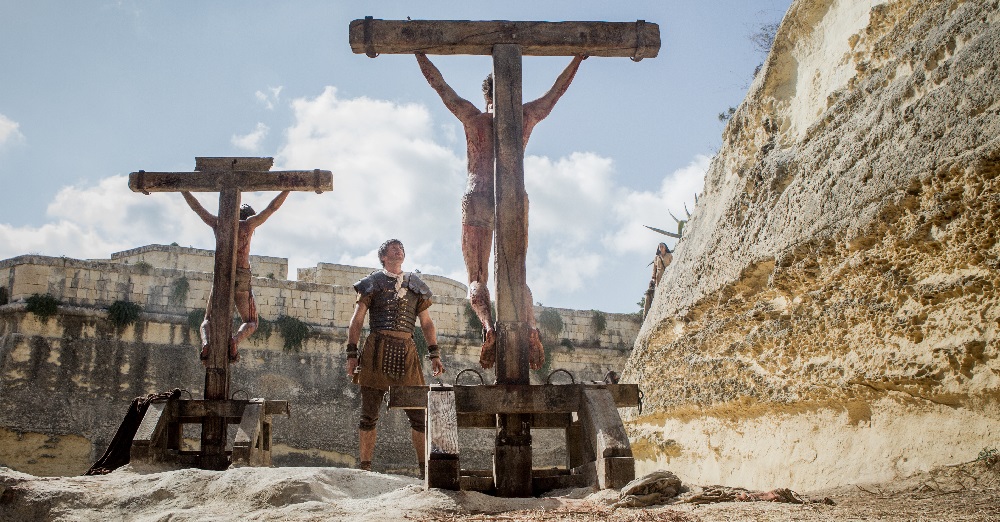 Biblical Epic Risen a Respectable Tale of the Christ

After the body of a man referred to as Yeshua (Cliff Curtis), whom many believe to be the Son of God, disappears from its tomb three days after his crucifixion and death, Roman military tribune Clavius (Joseph Fiennes) is tasked by Pontius Pilate (Peter Firth) to discover what happened. With his new aide Lucius (Tom Felton) by his side and eager to prove himself, the young soldier wearing his ambitions as if they were a badge of honor, this task proves to be more complicated and perplexing than any either of them could have imagined. Could it be possible? Could this Yeshua really have risen from his grave as was foretold? And, if so, are all of Clavius’ religious beliefs nothing but a lie? 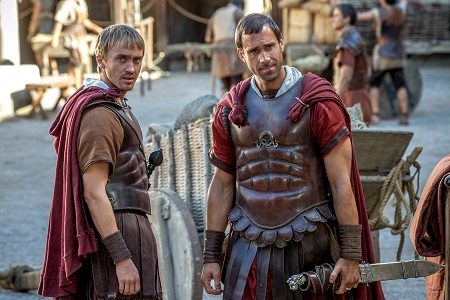 The first half of the Biblical mystery Risen plays a lot like a 2,000-year-old episode of “C.S.I.,” Clavius and Lucius running all over Judea interrogating suspects, paying off snitches and having their centurions bust down doors. They follow clues and put pieces together, adding all the elements of the supposed crime together in hopes of making sense of what has transpired. They banter back and forth, but all the while in the back of both their minds is the thought that something extraordinary has happened that will transform the world in ways they can barely fathom.

The second half, where Clavius has his eyes fully opened by Mary Magdalene (María Botto) and the rest of the Apostates (including a wonderful Stewart Scudamore as the fisherman Peter), is where this non-believer begins an internal transformation, making the journey from Jerusalem to the Sea of Galilee alongside the men. In its own way, this portion of the film is as straightforward as all that preceded it, only now the central mystery involves one of faith and the human spirit and no longer the practical concept of grave robbers run amok. It’s fairly obvious what Clavius is intended to learn here, everything building to a single seaside moment between him and Yeshua where simple truths are uttered in as nondescript and as unassuming a manner as possible.

With a screenplay co-written by the film’s director Kevin Reynolds, a name most will know from his collaborations with Kevin Costner on Robin Hood: Prince of Thieves, the television miniseries “Hatfields & McCoys” and, of course, Waterworld, there’s a lot more economical artistry and sturdy craftsmanship involved here than I anticipated. It’s also nowhere near as didactic as most of the so-called “faith-based” entertainments that have been released these past few years, allowing for a more nuanced, practical take on this story revolving around Jesus’ resurrection, referred to here as “Yeshua,” than I’m guessing most are going to anticipate. If anything, the whole thing feels a bit like something that would have been made in the 1950s, the kind of Biblical epic poked fun at in the Coen brothers Hail, Caesar!, and in all honesty that’s just fine.

But not terrific. As solid as all of this proves to be, there’s something that keeps Risen from achieving greatness. Reynolds paints a pretty picture, but not one that is possible to get lost within. The movie is efficient. It’s handsomely crafted. It’s exceedingly well cast (especially as it pertains to Firth, Fiennes and Curtis). But it’s also not especially deep, Reynolds’ script (co-written with newcomer Paul Aiello), for all its notable restraint, presenting things with a matter-of-fact simplicity that can grow somewhat tiresome at times. It also has trouble when it infuses bits of comedic excess into the drama, a pair of bumbling, dimwitted soldiers responsible for guarding Yeshua’s tomb particularly annoying. There are also some Jewish characterizations during the first act that are unavoidably uncomforting, bordering on anti-Semitic, that come perilously close to derailing things before the story even has a chance to get rolling, the fact the film is able to overcome this misstep somewhat remarkable. 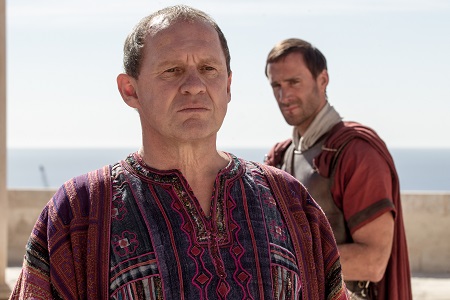 Still, the delicacy of Reynolds’ approach is impressive. I liked that he doesn’t stuff dogma down the viewer’s throat, that he allows each step of Clavius’ journey to speak for itself. He and his cinematographer Lorenzo Senatore (The Fourth Kind) use their Spain and Malta locations spectacularly, while composer Roque Baños’ (In the Heart of the Sea) beautifully unobtrusive score augments the inherent emotions of the tale nicely. The film is also a nice reminder of just how dynamic, psychologically-focused an actor Fiennes can be, the Shakespeare in Love and Elizabeth heartthrob delivering as nuanced and as complex a performance as any he has in quite some time.

If Risen isn’t transcendent, if it doesn’t, well, rise to the occasion, it’s arguably not for the lack of trying. With so many horrible faith-based features littering the multiplex ranging from the ho-hum (Heaven Is for Real), to the inept (God’s Not Dead) to the perfectly dreadful (War Room), it’s nice to have one that treats its audience with respect. That, all on its own, makes Reynolds’ labor of love worthy of a look, and while maybe not a long one the fact it’s deserving of it all is something of a minor miracle in and of itself. 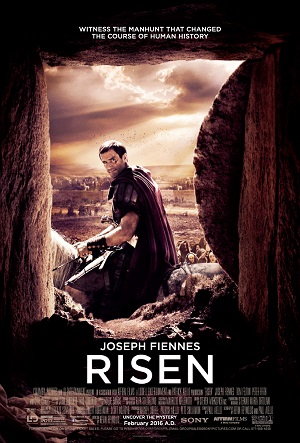